Beijing says the United States has increased its defence budgets, modernised its weapons, and developed its capacity in cyberspace, as well as outer space. 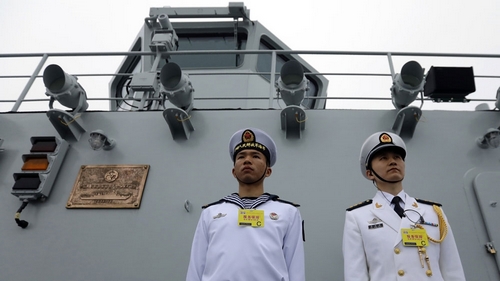 Global military competition is on the rise and China believes it’s lagging behind.

And the Chinese government wants to catch up and has detailed how it intends to do that.

In a national defence paper released on Wednesday, Beijing declared it wants greater modernisation of its armed forces and weapons.

It says its ambitious plans are peaceful, but not if Taiwan tries to achieve independence from the mainland.

China’s defence ministry has warned it is ready to go to war to safeguard its national unity. And it says it will take all necessary measures to defeat those it calls “separatists”.

It has also accused the US of undermining global stability.

So how will this defence policy play out, both in the Asia-Pacific region and beyond?