The ground-launched missile, a conventionally-configured version of the nuclear-capable Tomahawk cruise missile, hit its target after over 500 kilometres of flight during Monday’s test, the Pentagon said in a statement. 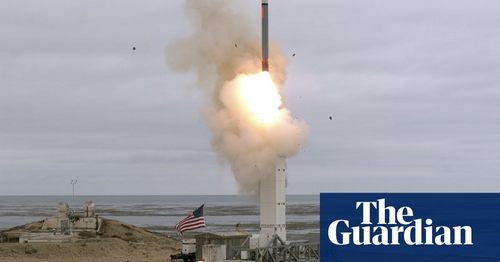 China and Russia have accused the United States of stoking a new arms race by testing a cruise missile, just weeks after Washington withdrew from a cold-war era missile control treaty that would have barred the test launch.

Ground-launched versions of the missile had been removed from service decades ago, after the Intermediate-range Nuclear Forces treaty was signed by Ronald Reagan and Mikhail Gorbachev in 1987.

The treaty’s ban on missiles with ranges between 500km and 5,500km aimed to reduce the ability of both countries to launch a nuclear strike at short notice.

Russian Deputy Foreign Minister Sergei Ryabkov condemned the latest US missile launch, but said Moscow was not looking to start a new arms race, and would not deploy any new missiles unless the US did first.

“All this elicits regret, the United States has obviously taken the course of escalating military tensions. We will not succumb to provocations,” the TASS news agency quoted him saying. “We won’t allow ourselves to be pulled into a costly arms race.”

Beijing also attacked the US for provocative behaviour, warning that the missile test could lead to “another round of the arms race”, and have a “serious negative impact” on international and regional security.

“We counsel the US side to abandon their outdated concepts of a cold war mentality and zero sum games, and exercise restraint in developing weapons,” Foreign ministry spokesman Geng Shuang told a news briefing.

US President Donald Trump made the decision to leave the INF treaty in February, giving six months notice, and blaming Russia for developing a suspect weapon that it said violated the treaty’s terms. Russia initially denied the missile existed, but more recently said its range did not violate those limits.

Globally, the end of the INF leaves just one major treaty providing formal restraint on the world’s major arsenals – the New START treaty – and it too is in jeopardy.

It limits strategic nuclear warheads deployed by the US and Russia to 1,550 each, and allows important verification and data exchanges, but is currently due to expire in February 2021. Although it could be extended, US national security advisor John Bolton has said that is “unlikely”.

Trump has expressed interest in pursuing a new arms control agreement but one that includes Beijing. Concerns about China’s growing missile arsenal, which is not subject to any international arms control treaties, may have contributed to hawks in the US administration pushing to exit the INF treaty.

“I think we are going to end up making a deal with Russia where we have some kind of arms control because all we are doing is adding on to what we don’t need and they are too. And China is trying to catch us both,” Trump told C-Span.

As the Chinese arsenal is believed to be a twentieth of the size of Russia or the US, and is not operationally deployed (warheads are stored separately from missiles), administration critics believe the inclusion of China, is a “poison pill”, included with the intention of preventing substantive negotiation before New Start expires. Beijing has said it has no interest in such a deal. 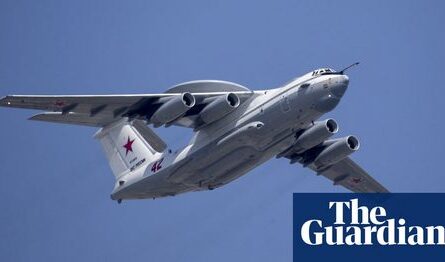 Strong growth, but where are the jobs?