Vote counting was under way with democratic candidates securing more than half the 452 district council seats for the first time. No violence was reported during the elections.

Total turnout exceeded 2.94 million voters, a rate of 71 percent, surpassing a record from the previous legislative council election in 2016 of about 1.47 million.

As of 6am (22:00 GMT), pro-democracy candidates had won a clear majority with more than 300 seats, compared with about 41 seats for the pro-establishment camp, according to local media estimates. A record 1,104 candidates were vying for 452 seats.

Before daybreak on Sunday, long queues began to snake around the city’s neighbourhoods as a mix of young and old voters waited for the polls – the first since political unrest erupted in June – to open.

In the working-class neighbourhood of Yau Ma Tei, a regular scene of clashes between police and demonstrators, no one waiting in line wore black, surgical masks or chanted slogans – all hallmarks of the pro-democracy protest movement.

The queue was quiet and orderly as voters ate breakfast in line and scrolled through their phones. Small squads of riot police were seen mingling around.

“I would like to say ‘no’ to the government, to what they have done these past few months,” said Patrick Yeung, a 33-year-old IT worker who came early to vote, anticipating long lines.

“It makes me very angry… Chief Executive Carrie Lam just doesn’t listen to Hong Kong. We’ve come out so many times and they don’t listen and make this situation worse.”

The district council historically deals with local livelihood issues, such as traffic and hygiene. But the protests have dramatically elevated their significance, at least symbolically.

For nearly half a year, anger and frustration have gripped Hong Kong as the city’s Beijing-backed government refuses to concede to protesters’ demands – save for the retraction of the hated extradition bill that sparked the unrest.

Government intransigence has galvanised the public, and voters are capitalising on the democratic opportunity to reiterate their demands, which include universal suffrage to choose Hong Kong’s leaders, an independent inquiry into alleged police brutality and amnesty for all those arrested in connection with the protests.

A record 4.1 million people, including 400,000 new voters, signed up to cast ballots in the poll that will see all 452 seats across Hong Kong’s 18 districts contested.

“This election is totally a de facto referendum for the protests,” said Samson Yuen, an assistant professor at Lingnan University.

“Clearly, this one is more about political stance over the protests,” Yuen said. 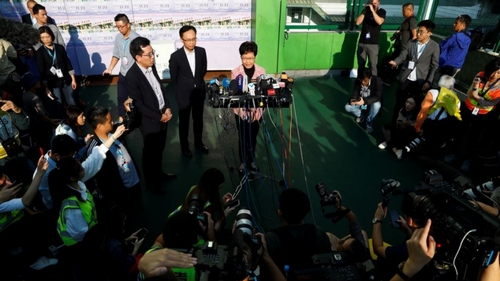 For the past few weeks, doubts loomed over whether the elections would even take place. Several candidates on both sides were attacked and multiple pro-democracy candidates were arrested, while prominent democracy activist Joshua Wong was barred from running.

Just a neighbourhood over from Yau Ma Tei, an estimated couple of dozen protesters remain trapped at the Hong Kong Polytechnic University, which police have surrounded following one of the movement’s fiercest clashes on campus. The city was paralysed for days as violence reached new escalations on both sides.

Patrick Nip, the secretary for constitutional and mainland affairs, said the violence “reduced the chance of holding the elections”, while the Chinese Communist Party’s official newspaper, the People’s Daily, said: “Only by supporting the police force decisively putting down the riots can Hong Kong return to peace and hold fair elections, to help Hong Kong start again.”

Hong Kong’s Electoral Affairs Commission had called on the public to “stop all threats and violence to support the holding of elections in a peaceful and orderly manner”.

For her part, Lam, when asked whether elections would be postponed, said the government “hopes that the elections can continue as planned”.

Some pro-establishment voters, too, hoped to use their vote as a call to restore order.

“He supports constructive ideas to build up Hong Kong. We support people who do not disrupt Hong Kong,” said Gary Wu, 40, who works in logistics, as he handed out fliers for a pro-establishment candidate named Horace Cheung in the Kennedy Town area.

“The priority should be people living here, a stable environment and economy.”

‘We are not going to give up our rights’

Given all the uncertainty surrounding the elections, Ryan Chen flew home on Saturday from Singapore, where he who works for a multinational company, just to vote in the election. Aged 35, this was his first time voting in the district council elections.

“It’s important… It’s a way to really express your own opinions, one of the few ways you can do it in an orderly fashion,” he said. “We should cherish the ability to express it… It shows the government our opinions and gathers us together as Hongkongers,” Chen added.

“But whether the government cares, honestly they don’t.”

The days running up to polls have been some of the most peaceful in months. To ensure the elections were not cancelled, protesters called on the public to exercise restraint. And in a bid to rally public support, protesters rebuilt the so-called Lennon Walls – some of which had been torn down by pro-establishment activists – and plastered public spaces with promotional materials, canvassing on street corners and disseminating reminders online.

Among the many new faces running for district council is Jason Chan, 22, a recent graduate now running in Fortress Hill for the pro-democracy camp.

Chan said this election was a “gesture to show the government that we are not going to give up our rights”.

He added: “It becomes a kind of safer way to participate in politics compared to protesting on the streets, running inside established institutions.” 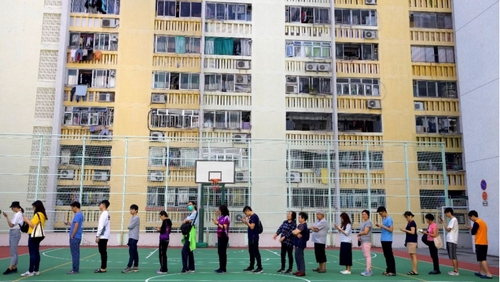 One of the clarion calls for the district council election is to have more of a say in the selection of the city’s leader. At present, the chief executive is chosen by a 1,200-person electoral committee, many of whom are Beijing loyalists. While a sizeable chunk goes to the district councillors, in the end, the elections are more symbolic than effective.

“There’s no way to tip the balance, but that’s not the point,” said Steve Tsang, director of SOAS China Institute, University of London. “What Hong Kong people are really asking for is to ‘listen to our voices, hear us, and act on what we say’.”

Yuen, of Lingnan University, echoed that point. “Even if the pro-democracy camp are able to capture a lot of seats, it won’t have very substantial meaning in terms of everyday politics… It doesn’t have a substantial effect on the pro-democracy movement, more of moral support for the current protests.”

But even that is reason enough to draw youngsters to the polls.

“These few months have really shown a new picture for what Hong Kong people can do,” said Iverson Ha, 23, a university student studying politics.

“We felt so powerless before June. Now many people come out, many people suffer. I don’t think the government will respond to anything so it depends on civil society.

“Can we also fight in those different fields? If we can, I think Hong Kong has a future.” 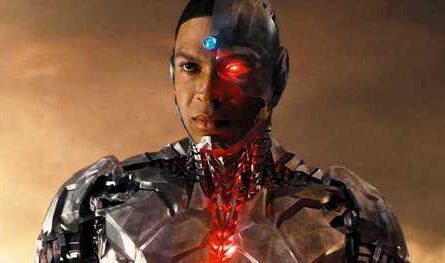 China And Blockchain: Most Patents And More Governmental Funds