This is neither a daring swivel on the parallel bars nor an unusual sexual position. At issue is whether Putin will emulate the 37th US president, Richard Nixon, whose groundbreaking 1972 cold war outreach to China tilted the strategic balance in America’s favour.

It sounds unpleasant, even painful. But as they ponder the linked challenges posed by China and Russia, Pentagon strategists are earnestly discussing whether Vladimir Putin, Russia’s famously athletic leader, will perform a “reverse Nixon”.

“If Putin performed a “reverse Nixon” and played his own version of the “China card”, the world system, and American influence in it, would be completely upended,” a recent Pentagon study of Russian strategic intentions warned.

A China-Russia axis is not a new idea but the question is gaining in topicality. Look no further than last week’s aerial confrontation over the Sea of Japan, also known as the East Sea. For the first time, China and Russia joined forces to mount an air patrol using long-range bombers and spy planes. 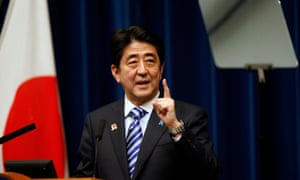 The incident was alarming, militarily speaking, but it also highlights burgeoning security, economic and diplomatic collaboration between two major powers both bitterly at odds with Donald Trump’s America.

China’s expanding global influence was once viewed by Washington as healthy competition. Now it’s seen as a threat

Russia is in the doghouse over its interference in the 2016 US election and other “gray zone” cyber ops. Moscow’s actions in Syria, Ukraine, Venezuela, and a reviving nuclear arms race, have also caused tension.

In contrast, China and Russia agree on many issues, principally the obsolescence of liberal democracy and the attractions of authoritarian governance. When Putin hosted Xi Jinping in Moscow in June, they celebrated a 30% year-on-year increase in bilateral trade and signed various cooperation deals. Russia is selling China its latest weaponry, including S400 ground-to-air missiles and SU-35 jets.

Bigger, more frequent joint military exercises are planned, matching their diplomatic coordination in the UN security council. Putin has met Xi about 30 times since 2013. Xi calls him his “best and bosom friend”.

All this backslapping bonhomie is deeply troubling, not just for Pentagon war-gamers but also for western allies across east Asia concerned by deteriorating security. Japan, resentful of Trump’s complaints over burden-sharing, is on the frontline of the nuclear standoff with Chinese-backed North Korea.

Shinzo Abe, Japan’s prime minister, while pursuing improved relations with China, also wants his country to be more self-reliant militarily. But he failed to secure a mandate to change Tokyo’s pacifist constitution in last weekend’s Upper House elections. That has tied his hands – which suits China and Russia just fine.

Trump impeachment report to near after week-long recess

Compared with Japan, South Korea’s relations with China are less encumbered by historical baggage. But the large American military presence there is a constant irritant, symbolised by last year’s fierce row with Beijing over the US deployment of new missile defences. In Seoul, too, Trump’s whingeing about unfair trade and defence costs has raised questions about American reliability. At the same time, his ego-trip summitry has detracted from President Moon Jae-in’s more considered peace efforts, which are now under fire from the North.

A lack of consistent US leadership and regional strategic vision is handing Beijing some easy “wins”. The Philippines president, Rodrigo Duterte, lamely agreed this year to shelve bilateral territorial and fishing disputes under pressure from Xi. Cambodia has reportedly agreed to host a Chinese naval base, although it officially denies it.

China, sensing division and weakness, is noisily amplifying its long-standing objections to US (and British) geopolitical “meddling”

Meanwhile China, sensing division and weakness, is noisily amplifying its longstanding objections to US (and British) geopolitical “meddling”. After more violence in Hong Kong last week, it pointedly told the US to remove its “black hand”.

Xi is simultaneously ramping up pressure on US-protected Taiwan, another supposedly wayward island. In a defence white paper published last week, Beijing vowed to “resolutely defeat anyone attempting to separate Taiwan from China and safeguard national unity at all costs”.

This sterner-than-usual warning follows Washington’s decision to supply $2.2bn (£1.8bn) in arms to Taiwan and a heightened US naval presence in the Taiwan Strait. Yet despite these American moves, Taiwan, in common with other rattled regional friends and allies, doubts Trump can be counted on.

The white paper’s verdict was defiantly hostile. Trump’s America, it said, was “undermining global strategic stability”. Yet China was not daunted. Defence modernisation would be completed by 2035, thereby “fully transforming China’s military into world-class forces”.

That’s the looming challenge facing the region and post-1945 US strategic dominance. Barack Obama’s “pivot to Asia” is all but forgotten, while Trump’s approach lacks coherence. Factor in a growing China-Russia alliance and it is easy to see why Pentagon planners worry.

Perhaps their best hope is that Russia, an economically weaker partner whose interests do not always align with Beijing’s, will ultimately rebuff the embrace of its domineering new bedfellow. 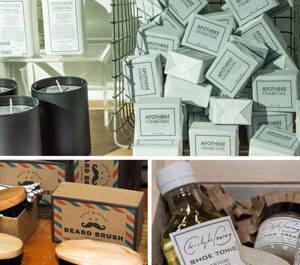 Beijing is evicting its migrants and displacing its e-commerce couriers