Looking back, 2017 was wild ride, with huge contrasts between some predictable developments (such as the move towards ATS exchanges and security tokens) and less predictable patches (resulting from deal fatigue and forks). It must be said that although certainty in any market is impossible, the ever-changing world of crypto creates unique challenges for forecasting.

As specialists in the ICO market, we assist our clients in optimizing the execution of their ICOs, and understanding the constantly shifting state of crypto capital markets is no small part of that exercise.

I am however bullish about the ICO market long term as a funding mechanism for emerging growth companies akin to the role of high-yield debt for public companies, and that’s the direction we have focused on (it’s not an accident that the offering memorandums for BCAP, Science, and Protos resemble that of a high-yield debt instrument).

Contrary to many in the ICO world, I do continue to see an active and important role for venture capital and incubator firms for seed and early rounds. Early-stage companies benefit from the guidance and connections provided, which balances the relative cost startups pay for the investment.

However, I do suspect that we will see ICOs take the place of Series B and Series C rounds onwards. I think the days of the late-stage VCs are numbered, or at the very least the number that are highly successful is likely to dwindle.  The ICO market is here to stay, with the more relevant question being what is likely to sell, as each quarter of this year has been distinctly different, with rapidly shifting appetites and economic drivers.

At a high level these are my thoughts for 2018:

Although November 2017 did see an all-time monthly high of $743 million for ICOs, this funding was highly concentrated to specific deals and the overall extraordinary volume of deals in the market made it difficult for high-quality deals to stand out compared to previous quarters. As a result, per-deal data weakened
slightly as the number of ICOs in the month increased ~50% over the month prior.

I think we will continue to see this trend continue into Q1 2018 – the overall market is likely to remain challenging as the volume glut works itself out.

Volatility in bitcoin, which we tend to see at the start of the year for a variety of factors including what has become an annual trend for people in the People’s Republic of China to sell down ahead of the world’s largest human migration, the Chinese New Year holiday, will also be a consideration.

We do also expect the current ferocious pace of investigative activities by Canadian and U.S. securities regulators to continue; this isn’t getting a lot of press to date, but has been extensive.

We also expect there to be one or more significant U.S. enforcement cases, including potentially one or more of the cryptocurrency exchanges before the end of 2017 or at least by the end of 2018. Again, that is likely to have a chilling effect on the volume of the market, albeit one I think is long overdue.

I remain stunned that the SEC report on the DAO seems to have had absolutely no impact on the pace of ICOs, nor on the structure in which many have been run during 2017.

It was a wonderful piece of very detailed guidance on the views of the SEC. Other than their position on app and utility tokens trading on the exchanges, I am very surprised that more ICOs have not incorporated this guidance into their ICO process and documents. I believe this has change in the near term and the reaction will be swift following any high-profile enforcements.

For Q2, I think the two big questions will be the price of BTC and ETH and whether any alternative trading systems (ATS) will be up and running and trading security tokens.

BTC is continuing to climb at a ferocious pace, and I don’t think it is too much of a stretch to say that BTC is likely to hit $50,000 at some point during the middle of next year, although where ETH, or BCH for that matter, will be is anyone’s guess.

A high BTC price can be both a driver and a dampener on ICO activity; people feel the need to diversify and feel buoyant and positive about purchasing ICOs, but at the same time, expect ICOs to be providing the same “return” that BTC is. This creates an opportunity cost problem with BTC, when it more than doubles in value in a single quarter as it has in Q4 2017.

There are additional impacts that good ICO advisors have to respond to quickly, for example, a high BTC price forces ICOs to make concessions such as pricing in US dollars at the close of an ICO or at the close of any private or discounted sale. A high BTC price also encourages app and utility token ICOs to strain at what are viewed as the current securities law guardrails, resulting in what I suspect will be yet another active quarter for enforcement.

Security tokens are an ideal solution to the issues of a high BTC price and a strong enforcement environment, as they can legally promise a return and can genuinely offer a diversification from BTC and ETH. We are bullish that security tokens will eventually form the majority of the high-quality issuance volume within the ICO market. The key of course is trading them and that requires an ATS or for the security token to be registered with the SEC on an S1 or a Form A+ and to be trading on a nationally recognized exchange like NASDAQ or NYSE.

The challenge to date is to get an ATS with a specific license able to trade digital securities – and we see several lining up to be available in Q1 or at the latest Q2.

I do also remain bullish that Regulation A+ is an ideal match for ICOs, particularly it’s relatively low access threshold for investors (the greater of 10 percent of net worth or income, self-certified) compared to the accredited investor certification necessary for Regulation D/506 offerings.

However, because 26 U.S. Code § 1032 only recognizes a capital raise strictly through a stock sale, ICOs proceeds of US issuer have to be taxed as revenue, and unless there’s operating costs or net operating losses to offset that makes the raise incredibly expensive when you add on the high cost of legal and other specialist advice or an ICO versus a conventional raise.

Now we really are at the point of crystal ball gazing. Generally speaking by this point we expect several ATS licensed to trade security tokens to be up and running in the U.S., and we expect the smart holders of BTC and ETH to pivot a significant part of their portfolio to security tokens.

Again, what we are anticipating by this time is a global regulatory response which will underline issuer and investor decision-making.

Laugh as you may, but we do expect the Burning Man festival to yet again have a significant slowdown impact for August: the digital token and cryptocurrency market has not historically had the traditional ECM blackouts, but it does have a few specific ones and Burning Man is probably the most significant because so many market participants attend. 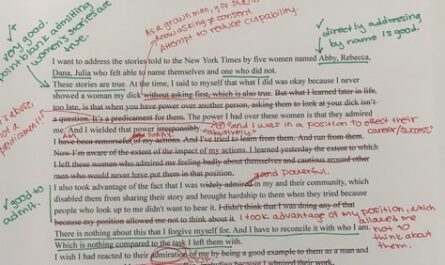 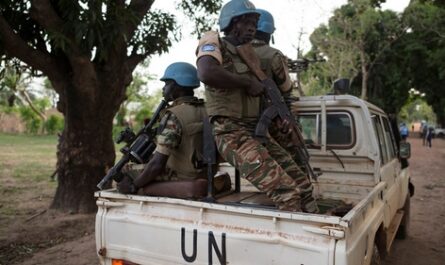 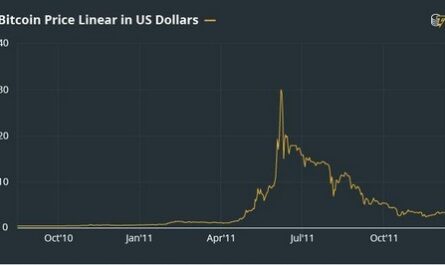 A Dazzling History of Bitcoin’s Ups and Downs