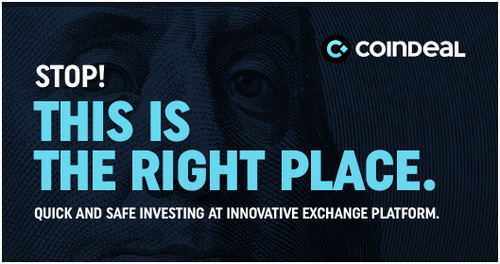 CoinDeal is a new cryptocurrency exchange platform that treats its users seriously by giving them the opportunity to choose new cryptocurrencies which will be implemented. Check CoinDeal.com.

At the beginning, there were five cryptocurrencies available to trade on CoinDeal, like Bitcoin, Bitcoin Cash, Ethereum, Litecoin, Dash and Quantum. In the first voting users of CoinDeal chose other cryptocurrencies which were implemented in two weeks since that date. There were Ripple, Nano, ByteCoin, Verge and Lisk. CoinDeal didn’t stop the development of the platform and from 04.18. new cryptos like Deep Onion, DraftCoin, FuturoCoin, Infinity Economics and StrongHands are available to trade with dedicated wallets. That gives users 16 pairs ready to trade with BTC.

To facilitate entry to the cryptocurrency exchange platform, CoinDeal provided the possibility of deposits and withdraws in EURO.

CoinDeal’s creators care about safety. Their top priority was to create a cryptocurrency exchange platform with the highest standards of security, especially in times when exchange platforms are often under hackers attack. To secure user’s funds, every account is protected by 2fa system. What’s more, every cold wallet’s key is stored in Swiss banks deposits. To secure the whole platform and funds of CoinDeal’s users, the system is built using microservices architecture. That means that not a single person has full access to all modules. 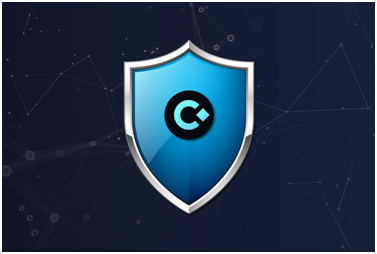 CoinDeal is developing very fast. After almost two months of running, cryptocurrency exchange platform noted about 4 million Euro in deposits. During that time, CoinDeal introduced some changes in the appearance of the website to make it more convenient in use. On the main page “Find out more” button showed up, which will simplify moving around the website. If you would like to read about CoinDeal in press, you can easily check the articles in the Press Tab. CoinDeal’s developers think about a mobile version of platform too, that’s why they improved its functionality. To help users who don’t know English well, we prepared other language versions of the website like German, Chinese and Korean, which available before logging in.

Fathers of the project

Behind every great project there are even greater minds. CoinDeal is created by three Poles who, seeing the situation on the market, wanted to provide users with the best tool to trade cryptocurrencies. Adam Bicz, Filip Dzierżak and Kajetan Maćkowiak for a long time were working in the cryptocurrency and blockchain industry. Bicz and Maćkowiak created cryptocurrency exchange BuyCoinNow.com, where you can easily buy Bitcoin with the lowest fee and PayCoiner.com, a payment gateway to provide payments in cryptocurrencies. “The experience we have gained by creating other projects, helped us in launching cryptocurrency exchange platform which meets the needs of its users” said Kajetan Maćkowiak.

Except for voting system, where every user has the influence on cryptocurrencies implemented on the platform, there is an Affiliate Program. Everyone who invites his/her friend to join CoinDeal will get up to 20% of their trading fee. Initially, during first three months of CoinDeal’s running, the reward was increased to 50%! Now, after listening to the requests of its users, CoinDeal is more than proud to announce that 50% is staying for longer! 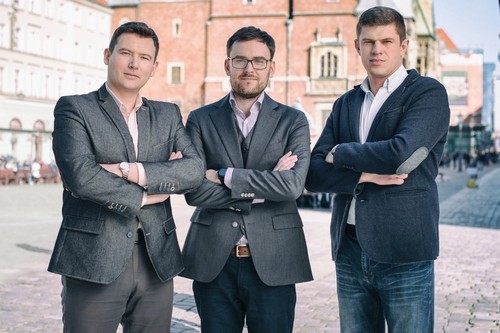 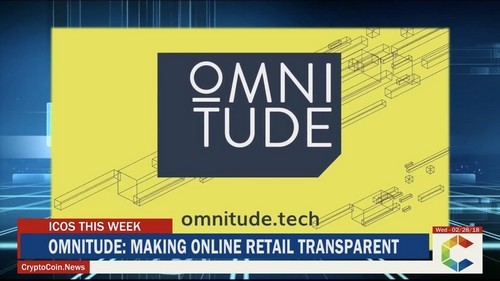 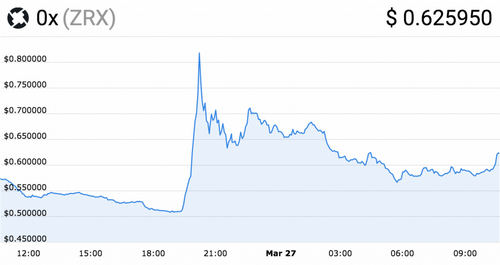 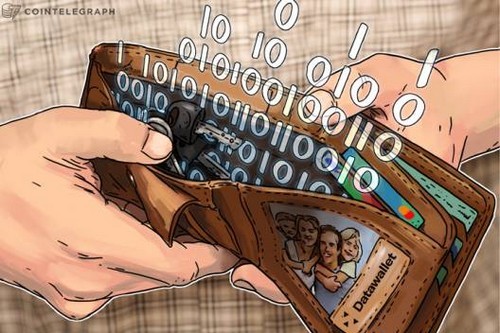 Blockchain Start-Up To Help Public Own And Monetize Their Data