He’s speaking of a sudden, abrupt move this Fall by Hang Seng Bank. Gatecoin’s account would be suspended.

Hong Kong legacy banking outlets are making it difficult, if not impossible, for bitcoin-related businesses to run smoothly. Reports from the Chinese region include denial of accounts, freezing existing accounts, and long waits for approval — all without explicit reason.

“We had just tripled our customer base in a two to three month period,” explains Gatecoin’s Thomas Glucksmann, “the price of bitcoin was rallying, the amount of money clients were depositing was increasing – the timing couldn’t have been worse.”

Gatecoin is a cryptocurrency for fiat exchange based in Hong Kong.

“It was a major disruption to our business,” Mr. Glucksmann recounts.

“Hong Kong’s bitcoin entrepreneurs say they have been forced to open bank accounts overseas to operate their businesses,” the article continues, “after local banks froze or closed their accounts.”

Fubon Bank, Gatecoin’s other account, then limited daily transaction amounts, which meant essentially shutting it down. 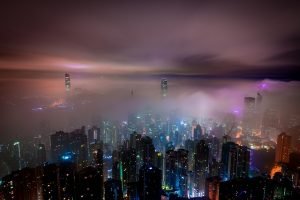 Bitcoin is its Own Bank

The rub of course is bitcoin’s reason for being: users are their own banks. As reality is now, however, most people hold some kind of fiat currency, so to be able to switchover or invest, they must rely, at least initially, upon legacy banking.

Bankers all over the world have openly worried about bitcoin’s ability to flout anti-money laundering (AML) and strict know-your-customer (KYC) regulations. Businesses in the ecosystem are very aware of these requirements. “We have always wanted to make sure that we can associate every bank transfer coming in and out with the name of the client that has registered with us and we have all their [KYC] information,” Mr. Glucksmann assured.

In turn, Gatecoin had to suspend their clients’ transfers. 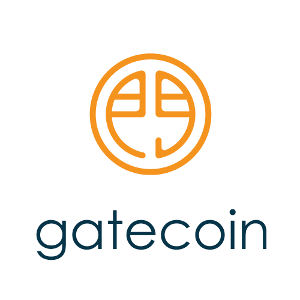 Bitspark, a Hong Kong-based remittance company, also had trouble with bank accounts. Founder George Harrap emphasized, “Banking is a prized commodity in the bitcoin space.” Like other bitcoiners in Hong Kong, they’ve had to turn to Europe for relief.

“The few that do have bank accounts are trying to be as cautious as possible,” Hong Kong Bitcoin Association president Leo Weese said. “But ironically by being cautious they also raise red flags with banks. There’s pretty much no way around that minefield without eventually having the account shut down.”

Bitcoiners in Hong Kong believe the city has become openly hostile to the world’s most popular cryptocurrency, and that the region’s reputation for being business-friendly is at stake.

The Hong Kong Monetary Authority “dismissed claims that a high number of businesses failed to open bank accounts,” the article insists. “A spokesman said that the average account opening rejection rate was below 5 percent per month.”