The biggest difference between these two giants of the crypto world is their goals. Bitcoin wants to become a store of wealth (digital gold) and a globally-adopted currency. Ethereum wants to become the platform on which decentralized apps and smart contracts run.

Everything you need to know about Ethereum, explained in a four-part series, by Colin Adams

Part 4: Ethereum vs Bitcoin – What are the differences?

The differences between Bitcoin and Ethereum may be obvious by now, but let’s review some of the key points anyway.

Here are the notable differences between Bitcoin and Ethereum

Once you look at their features, BTC and ETH are not really direct competitors. They come from different generations and are different applications of blockchain technology. However, the popularity and rising market cap of ether bring it in competition with all cryptocurrencies. Particularly from a trading perspective, this means there may be a bit of rivalry. 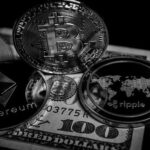 Ethereum has a lot of resources, the first mover advantage, a growing development team, and a good deal of momentum. But that doesn’t mean it isn’t facing a number of challenges.

Although some people view the Ethereum Classic fork as a strong positive precedent for community decision-making, it was a definite hurdle. The painfully slow rollout of the PoW/PoS switch is another area where Ethereum is arguably struggling. Another challenge people often point to is the difficulty for developers to get involved with Ethereum.

According to blockchain advisor Brian Schuster:

Ethereum is one of the leading blockchain development platforms in the world, but getting involved on a technical level is excessively hard. It takes a real strength of will today to be able to do the research and get a working app.

But the biggest challenge is getting Ethereum to scale. Ethereum is still a long way off from being able to run an app with say 10 million users.

This was highlighted by the release of the Ethereum-based game Crypto Kitties in November 2017. The idea behind this game is that the people can breed and trade digital cats for real money via smart contract. The kitties had a limited supply and a variety of ‘cattributes’, some exceedingly rare.

People jumped at the novelty of this digital collectible game. Over $6.5 million flowed to the project and, at one point, it accounted for a significant chunk of traffic on the Ethereum blockchain.

A lineup of digital felines

Crypto Kitties slowed Ethereum considerably and revealed that it still has a long way to go before it’s ready for prime time. As the Ethereum blockchain keeps getting bigger, its inefficiencies have begun to show. This is a problem for anyone who relies on Ethereum smart contracts and it also impacts its future applicability and price.

Solutions are feverishly being worked on, but how quickly they come and how successful they will be remains to be seen.

Unsurprisingly, a number of other blockchains are also now nipping at Ethereum’s heels as they work to achieve similar goals.

Here are five of Ethereum’s main competitors (but there are others!):

The future of Ethereum

By some measures, Ethereum is already wildly successful and there is simply no arguing that it’s already been a big innovator in the space. But where it goes from here is contingent upon quite a few different factors.

Ethereum is steadily growing. But in recent weeks, crypto markets have been hit by a big downturn, with almost $200 billion in value knocked out of the market. This type of volatility is normal and likely to continue. In such turbulent waters, it is the technologies that hold real value, increase efficiency and solve real problems that are the ones that will stand the test of time.

So far, Ethereum appears to be firmly in this category. If you need evidence to take a bullish perspective on the future of Ethereum, consider the following:

This quote is also worth considering:

In 2018, the door is wide open for blockchains that use smart contracts, like Ethereum, and I believe their potential market dwarfs that of “store of value” chains.

Running down this list, one might conclude that the future is glittering for Buterin and co. That, however, is yet to be seen and there are, of course, naysayers too.

People who see a less optimistic future (or the outright demise of Ethereum) tend to cite a few common arguments. Consider the following views:

Related: Why I’m Investing In Ethereum

As we’ve traced the history of Ethereum, broken down some of the key technical elements, and discussed its potential, hopefully it’s now clear how Ethereum functions as a base layer for decentralized applications.

The dollar value of its built-in ETH token is subject to the supply-and-demand mechanics, just like in any other marketplace. If a lot of dapps get built and the value of the Ethereum network continues to appeal to investors, the price should continue to steadily rise. But the opposite could happen too.

Although Ethereum is old in crypto-relative terms, it’s still a technology in its infancy. This new way of approaching smart contracts is undeniably one of the most important innovations in recent years and everyone is waiting with bated breath to see how things turn out.

How Ethereum evolves is perhaps the key to how quickly we will see the decentralized future that few of us can now fully comprehend. If it can live up to its promise, civilization itself may be running atop Ethereum in the not too distant future. 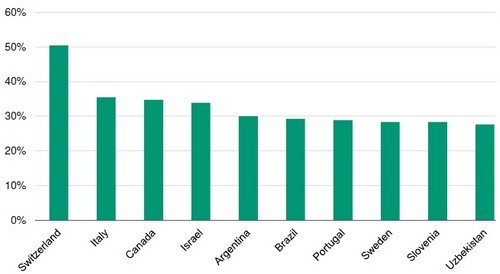 Swiss Banking Industry To Be Hurt The Most By Blockchain 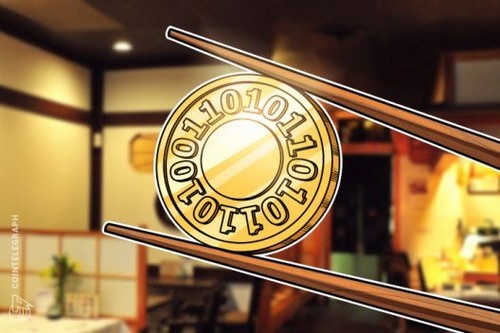