In 1961 she published the first translations into English of works by Maria Tsvetayeva, and went on to produce a biography of the great Russian poet’s tragic life, A Captive Lion (1987). 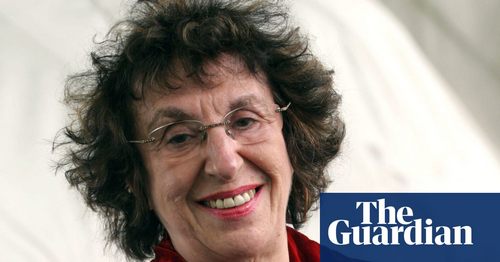 Elaine Feinstein, who has died aged 88, was a leading poet and the bringer of a new internationalism to British verse. As a novelist, she was one of the women who transformed literary writing in the 1970s.

Elaine’s lifelong advocacy of Russian poetry continued with the biographies Pushkin (1998) and Anna of All the Russias (2005), about Anna Akhmatova, and with translations of contemporary Russian women poets. In 2008 she revealed the imaginative hinterland to this work in The Russian Jerusalem, a novel that mixes poetry and prose to trace Soviet persecution of the poets she called the “Jews” of Russian culture.

The poetry for which she created an English-speaking audience deeply influenced her own. Driven by cultural curiosity, she also helped bring very different, North American traditions of Black Mountain and Beat poetry to Britain.

In 1959 she founded Prospect magazine (unrelated to the current journal of that name), publishing Allen Ginsberg, Gregory Corso and, among others, Charles Olson, whose Letter to Elaine Feinstein remains today a much anthologised Projectivist text.

Though Projectivism, taking a breath as the poetic unit, may now be consigned to literary history, Prospect’s transatlantic cultural exchange helped create today’s Anglo-American Cambridge school of poetry, with JH Prynne at its centre.

But it is the clear-sighted and profoundly emotionally intelligent character of Elaine’s own verse that has influenced many poets working in English today, as well as delighting readers and audiences around the world: she was a charismatic performer.

Ted Hughes wrote that her poetry “follows the track of the nerves”, while George Steiner described it as “instinct with caring, with a rare intelligence of pain”. More than a dozen poetry collections followed her debut, In a Green Eye (1966), including Talking to the Dead (2007) – elegies of meditative intimacy for her husband, the molecular biologist Arnold Feinstein, who died in 2002 – and the themed studies Cities (2010) and Portraits (2015). They culminate in her last published volume, the new and selected poems of The Clinic, Memory (2017).

As a poet, Elaine’s voice is unique. In prose, she was one of a generation of women, among them Angela Carter, Eva Figes and Elaine’s close friend Emma Tennant, who transformed British reading and publishing in the 70s. Elaine’s psychologically exploratory fiction often centred on women’s lives. Her first novel, The Circle, appeared in 1970, the year that also saw the publication of Germaine Greer’s The Female Eunuch and Kate Millett’s Sexual Politics – these were the books that fuelled a zeitgeist.

Short stories, radio and TV drama, followed, as well as 13 further novels including The Glass Alembic (1973), which established her reputation on both sides of the Atlantic, and Mother’s Girl (1988). Further biographies, criticism and edited volumes also followed, as did an autobiography. It Goes With the Territory (2013) is subtitled Memoirs of a Poet, and Elaine’s careet was exemplary, not only in the lasting significance of her work but in the range and depth of her literary friendships.

Yet she was unafraid to acknowledge the “three strikes” that her times could hold against her, as a Jewish woman from the north of England. Born in Bootle, Merseyside, she was the only child of Isadore Cocklin and Fay (nee Compton), and grew up in Leicester, where her father had a small business as a cabinet maker. But she never forgot that all four of her grandparents had been born in Odessa, now in Ukraine.

From Wyggeston grammar school for girls, in 1949 she went to Newnham College, Cambridge, as an exhibitioner to study English. Wartime adolescence – which had to assimilate the revelations of the Nazi death camps – was now replaced by the excitement of being among only the second intake of women allowed to join the university. She studied for the bar after graduating, but decided not to practice. In 1956 she married Arnold and moved back to Cambridge, where their three sons were born and their home became a meeting place for visiting writers from around the world, among them Yevgeny Yevtushenko, Miroslav Holub and Yehuda Amichai.

Elaine worked at Cambridge University Press (1959-62), at Hockerill teacher training college (1963-66) and then in Donald Davie’s new comparative literature department at the University of Essex till 1970, when she left to become a full-time writer.

The Circle won the 1971 Betty Miller prize, and The Amberstone Exit and The Glass Alembic appeared in quick succession. She began to write for the Guardian, the Times and the New York Review of Books.

In 1973 both Elaine’s parents died, and her work turned towards conscious exploration of Jewish identity and Central European tradition. The novels The Survivors (1982) and The Border (1984) tell stories of Holocaust survival. Related themes thread the poetry collections of the 80s and 90s, though often tangentially. The writing life also remained an enduring theme: biographies of Hughes and DH Lawrence were followed by Gold (2000), a verse portrait of Mozart’s Jewish librettist, Lorenzo da Ponte.

Elaine became a fellow of the Royal Society of Literature (1981) and received a Civil List pension (2005). She was widely translated and travelled with zest, with literary fellowships for the British Council in Norway and Singapore, and, always collegiate, serving on prize juries.

The compassionate, wry, and often very funny understanding of human nature that characterises her writing also gave the Elaine I knew an enormous gift for loving friendship and family life.

She is survived by her sons Adam, Martin and Joel, and grandchildren Lara, Katriona, Johnny, Natasha, Zack and Alicia.

“Blade Runner 2049” is a flawed replicant