The body of Francois Verove was said to have been found in a rental flat in the town of Grau-du-Roi days after he was summoned for DNA testing in connection with murders linked to a man known as Le Grele, or the pockmarked man, due to witness descriptions of his face.

Le Grele was believed to be behind several murders over a decade from the mid-1980s. Among those thought to be his victims was Cecile Bloch, an 11-year-old girl who was reported missing after not arriving at school one day in 1986.

A French former police officer confessed in a suicide note to being a serial killer and rapist whose crimes have haunted Parisian detectives for decades, according to local reports.

Police were finally closing in on Verove when he took a lethal dose of medication, leaving a note that said: “I admit being a great criminal who committed unforgivable acts until the end of the 1990s,” according to Le Parisien. 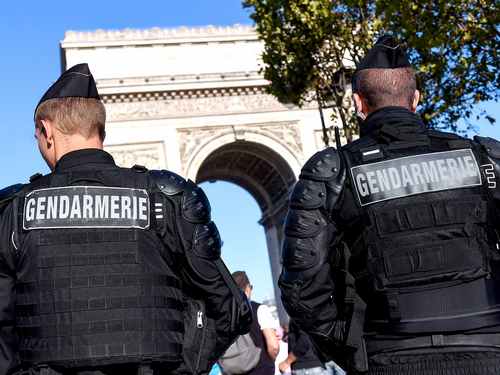 French reports said Verove wrote he was not well at the time of the crimes but had “got himself together”.

He was said to have confessed to murders without details of the victims or circumstances. Prosecutors have since said his DNA matches samples found at crime scenes linked to Le Grele, Le Parisien said.

A drawing of Le Grele was said to have hung for decades on the walls of the criminal brigade of the Paris judicial police.

He was given the nickname early in the investigation into the murder of Cecile Bloch, who was found dead in the basement of her apartment building after having been raped, strangled and stabbed.

Residents said they saw a man with an acne-scarred face in the elevator on the day of the crime. Her half-brother Luc Richard helped police draw a sketch the suspect, whom he described as being “very sure of himself”.

He said the case left him with “a great feeling of injustice, irreparable”.

DNA testing carried out years after the crime reportedly linked it to other murders and rapes. Le Grele was thought to have killed student Karine Leroy, 19, mechanic Gilles Politi, 38, and Irmgard Muller, 21, a German au pair working for Politi’s family, Le Parisien said.

The paper said there were at least three sexual assaults, including two on underage girls, where the attacker had identified himself as a police officer. It said the turning point in the Le Grele hunt came when new evidence led officers to deduce the culprit had likely been a member of the gendarmerie.

Verove was said to have been married with two children. Neighbours said he was a family man who led a quiet life. They were shocked upon hearing the news of his confession.

One said: “Francois was a solid fellow, very tall. He was very helpful. And he regularly came to help out my wife Therese’s computers. In a few minutes he had everything restored. This story is incredible.”