British journalist Oliver Carroll went to a polling station in the suburb of Osinovo on Saturday, an area that he describes as a “sensitive election patch”.

The polling station, on the border between regional capital Kazan and rural Tatarstan “is in a sweet spot for possible election manipulations,” he says.

The Independent’s Moscow correspondent has had his personal data leaked on the internet in “an apparent act of intimidation” by local authorities while he was covering elections this week.

While reporting, he was alerted to a “series of alarming social media posts” about himself.

Mr Carroll writes, in The Independent, that one post, shared on Telegram in a public channel: “Showed a picture of my own photocopied passport, complete with personal data. Another suggested I had arrived in Tatarstan to blacken the reputation of local elections.

“The [social media] channel is reportedly connected to local authorities. 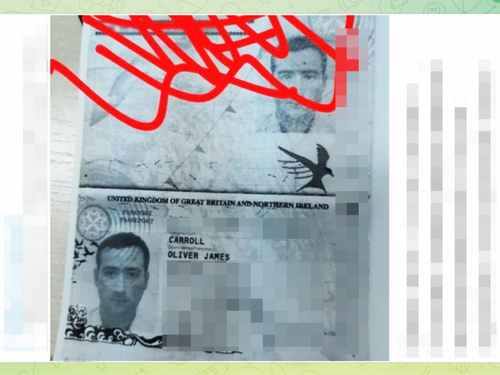 “There appeared to be only two possible sources for the leak: my hotel, which copied the passport to complete migration papers, or the committee chair and associated security officials.

“But the copy taken by the hotel, which I have since inspected, is of a much higher resolution than the one published online.”

Earlier in the day, at the polling station, the reporter had been asked by an official to show his passport and migration documents, the latter of which he said is not a legal requirement to show.

The official then appeared to make phonecalls in another room before Mr Carroll was then “reluctantly accredited by the chair of the election commission” to report on the election proceedings.

The legislative elections in Osinovo, which started on Friday, have been marred by allegations of fraud as a second safe where ballot papers and records are kept is held “out of view of cameras in an adjacent room” – Mr Carroll writes.

The regional elections commission ordered the safe to be moved into the main room on Saturday morning, he adds, but a monitor from the ruling United Russia party had told him that opposition candidates moved the safe “violently” and caused part of its door to fall from its hinges.

As Mr Carroll made notes and interviewed people, “half a dozen serious-looking men appeared in the room” who looked in his direction “largely motionless and emotionless,” he says.

“I was told one of the men is the deputy head of the shadowy ‘Centre E,’ a local security body charged with combating extremism but usually more interested in matters of dissent,” Mr Carroll writes.

He was also spoken to by a reporter from state media agency Tatar Info, who knew his name but did not say how.

The Ministry of Foreign Affairs of the Russian Federation has been approached for comment on the data leak.

Last month, the BBC’s Moscow correspondent Sarah Rainsford was effectively thrown out of Russia after being told that her accreditation would not be renewed when it expired on 31 August.

A state television channel said the move was a “symbolic deportation” in retaliation for British “discrimination” of Russian reporters.