The Conservative donor Alexander Temerko has called for the publication of the parliamentary report on Russian influence in British politics, suppressed by Boris Johnson, and denied claims he is a Kremlin spy. 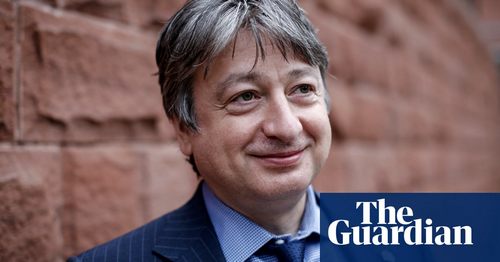 In an interview with the Guardian, Temerko said he supported the report’s disclosure before next month’s election: “My position is we should publish it. My party says we need to do Brexit because we are democrats but we can’t release the report. It’s clearly a contradiction.”

Temerko – who has given the Conservatives more than £1.3m – said he had no idea whether he featured in the dossier, which was completed by the intelligence and security committee, and includes secret evidence from MI6. The 50-page document examines the flow of money from Moscow as well as Kremlin cyber-attacks and assassinations.

Temerko said he had raised the report’s non-appearance with senior Conservatives. So far, however, they had not offered an explanation for why Downing Street was withholding it. The committee’s chairman, Dominic Grieve, says the UK’s spy agencies have already vetted it for release.

Last week the Labour party named Temerko as one of several wealthy Russian emigres who had an “ongoing relationship” with the Conservatives. Born in Soviet Ukraine, Temerko has been a British citizen since 2011. He said he financed the party because it was pro-business and he disagreed with Labour’s “nationalisation policy”.

Speaking from his office in Pall Mall, Temerko described Boris Johnson as a good friend. “Loyalty to friends is an important part of my life,” he explained. He said he supported Johnson’s 2016 attempt to be prime minister but backed Jeremy Hunt in this summer’s contest to become Conservative leader, because he was against a no-deal Brexit.

Temerko was previously close to David Cameron. He fell out with Theresa May who, he said, “purged” him from senior roles within the party. May was “decent and principled” but “not prime ministerial material”, he said. Asked whether he had plotted to remove her from Downing Street, he said: “If I say yes it would not be correct. If I say no it would be wrong.”

Critics have suggested that Temerko’s backing for Conservative candidates including in the north-east of England, where he owns a major power business, is being done on behalf of shadowy forces in Moscow. Temerko denied this. He said he was a well-known critic of the Russian regime, and had publicly condemned its “aggressive” invasion of Ukraine.

Temerko said he did not know whether Vladimir Putin had meddled in the 2016 EU vote by boosting the leave campaign. But he said Russian bots trolled him regularly on social media. He condemned RT – the Kremlin’s English TV channel – and said its UK broadcasting licence should be pulled. “It’s a huge propaganda machine”, he said.

Critics have said Temerko’s ties to Russia’s defence industry make him a figure of suspicion. Temerko’s own account is innocuous. He said that in the late 1980s he was a member of the USSR’s democratic reform movement. In the early 1990s he joined Boris Yeltsin’s team and served in the government as a junior defence minister.

Temerko said he was never an arms dealer, as some media reports have erroneously said. His job was to repatriate 5 million Russian soldiers who were stranded in Germany, the Czech Republic and central Asia when the Soviet Union abruptly fell apart. “We have to re-educate them, find them flats. It was a huge social responsibility,” he said.

Subsequently he became general director of a state-run military conglomerate. He then joined Yukos, Russia’s biggest oil and gas firm, run by the oligarch Mikhail Khodorkovsky. Khodorkovsky fell out with Putin and was arrested. Temerko tried to save the company. In 2004 he fled to London and claimed political asylum. He had not been back to Russia since, he said.

Last year two undercover officers with Russia’s GRU military spy agency poisoned Sergei Skripal in Salisbury. “I have never worked for either Russian or British intelligence,” Temerko stressed. A “small number” of journalists were pushing this false allegation based on nothing more than the fact that he was born in the USSR. “It’s actually racism,” he said.

The businessman said he had invested large sums in the British economy and created thousands of jobs. His OGN group renovated a yard in Tyneside used to make steel for oil platforms. Another company, Aquind, is building a major power link between the UK and France. Temerko said he was in favour of close trading ties with Europe and had campaigned for remain.

His office is walking distance from the Carlton Club where a bust of David Cameron – bought by Temerko for £90,000 – sits on the first-floor landing. Temerko’s room is decorated with another smaller bust of Winston Churchill and other pieces of political memorabilia. There are photos of him with leading Conservative politicians including Johnson and May.

Temerko said he wanted to exit from the energy sector in a few years’ time and to concentrate on politics, possibly following in his friend Johnson’s footsteps. “I would like to be mayor of London for the Conservative party,” he said. “I’m an international businessman. Why not?”

The Observer view on Putin’s ongoing corruption of democracy

Taron Egerton speaks out against Rocketman scene cuts in Russia