Earlier this week, Newsweek reported that the Russian translation of 21 Lessons blunted Harari’s criticism of Russia’s invasion of Crimea in 2014. 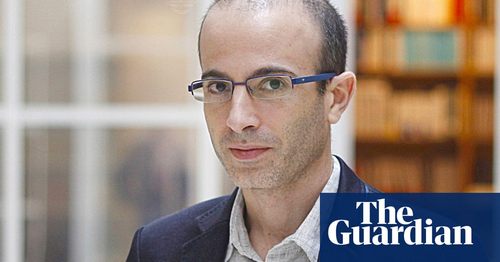 Sapiens author Yuval Noah Harari has acknowledged that he authorised replacing criticism of Vladimir Putin with criticism of Donald Trump in the Russian edition of his bestseller, 21 Lessons for the 21st Century, saying that Russian censors would not have allowed him to publish the original text.

In English, the book says that “we are constantly told that we are living in a new and frightening era of ‘post-truth’”, citing the annexation of the peninsula as an example.

“The Russian government and President Putin personally denied several times that these were Russian troops and described them as spontaneous ‘self-defence units’ who acquired a uniform similar to the Russian one in local stores,” writes Harari. “When they made such rather ridiculous statements, Putin and his associates knew perfectly well that they were lying.”

But in the Russian edition, Harari uses Trump to make this point: “According to estimates of the Washington Post newspaper, President Trump made more than 6,000 false public statements in the time after his inauguration.”

Harari said that he had approved revisions of all his books for different audiences.

“As a thinker and author, I do my best to reach diverse audiences around the world. To enable my ideas and messages to easily reach people from various countries, over the years I have authorised and even initiated adaptations of all my books … The adaptations take into account different cultural, religious and political backgrounds. If I could, I would rewrite my books from scratch for each and every country, but I obviously cannot. When making adaptations, my guiding principle is to adapt the examples I use to explain my ideas, but never to change the ideas themselves,” he said.

“In Russia, I was warned that due mainly to two examples I use, which sharply criticise the Russian invasion of Ukraine, censorship will not allow the publication and distribution of the book. I therefore faced a dilemma. Should I replace these few examples and publish the book in Russia – or should I change nothing, and publish nothing?”

He said he chose to publish without the mention of the invasion, “because it seemed to me important that the book’s ideas should reach readers in Russia, especially as the book is still very critical of the Putin regime. The Russian translation warns readers about the dangers of dictatorship, corruption, homophobia and nationalist extremism. I don’t support Russian censorship – I have to deal with it.”

But Harari added that while he had authorised some changes to the Russian translation, he had since learned of further, unauthorised revisions: “I was told that where I speak of the Russian conquest of Crimea, ‘conquest’ was changed to ‘re-attachment’, and that where I speak about my husband, it was changed to ‘partner’. If this is true, I strongly object to all such unauthorised alterations, and I will do my best to correct them.”

Two years ago, the fantasy novelist VE Schwab found that one of her scenes, about the romantic relationship between two male characters, had been cut in Russia without her permission. Books featuring LGBT characters and storylines are regularly shrinkwrapped in Russia, following 2013’s ruling banning the spreading of “propaganda of non-traditional sexual relations” among minors.