Athens, Greece – Thousands of Greeks took to the streets peacefully on Sunday to commemorate the brutal suppression of a student uprising 46 years ago.

They marched in groups from the grounds of the Athens Polytechnic, which was strewn with red carnations, to the US embassy chanting anti-American and anti-capitalist slogans.

November 17 commemorates a student occupation of the Athens Polytechnic in 1973, which was brutally crushed by the US-backed military dictatorship then ruling Greece. The students were demanding free student elections to university bodies.

Although there are no recorded deaths on the Polytechnic campus, the National Hellenic Research Foundation recently published a list of 24 deaths caused directly or indirectly by the police and army crackdown on the streets of Athens that followed the storming of the school.

The night of the Polytechnic destroyed whatever credibility the ruling colonels had left. It led to an internal coup by hardliners, and to the regime’s eventual downfall the following July. In post-war Greek history, it is seen as the definitive act of resistance against authoritarianism.

Pepi Rigopoulou, now an art professor at the University of Athens, then a chemistry graduate, remembers sitting beside the gate when the tank stormed it.

“The tank’s turret would make a grinding sound as it turned and aimed at you. At that point you say, ‘either I am going to run, or I won’t be afraid for a while’. I think that’s what happens to people who take part in uprisings. You’re not afraid for a bit. Later you might take fright at the sight of a mouse.”

Rigopoulou was wounded as police and army troops stormed through the campus arresting students.

“It was a beautiful night and the citrus trees in the Polytechnic campus smelled exquisitely. We had been soaked in tear gas… I remember that even though I was injured and was on a stretcher, I really liked the smell of the citrus trees. It was stronger than that of the tear gas.”

This Polytechnic anniversary has acted as a trial run of a new law that abolished university immunity from police intervention, known as asylum.

As leader of the opposition, Prime Minister Kyriakos Mitsotakis promised to overturn asylum, under which police required an express invitation from the Rector’s Council, which includes student representatives.

“We have turned our universities into Molotov factories,” Mitsotakis said on April 18.

Controlling the Athens Polytechnic is a priority for the government because it has acted as a safe-haven for anarchists in the surrounding Exarheia neighbourhood. 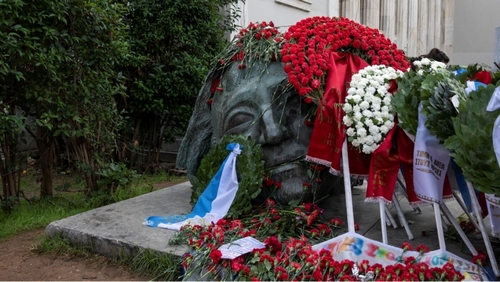 On April 22, Mitsotakis told Alpha television, “Since the springboard for Exarheia and the incidents that happen is the Polytechnic building, as soon as asylum is abolished … police will be able to intervene in the university if it deems that there’s illegal activity, without the need for any consent or special permission.”

Polytechnic anniversaries have tended to be accompanied by violence.

“The first march in 1974, in which 500,000 people took part, was the only peaceful one,” said security consultant Yiannis Mihaletos. “After, the polarised climate started to emerge in certain fringes of the political left, including the anarchist movement.”

The 1967-74 dictatorship was the final act in a decades-long persecution of the left in Greece. The communist party had fought a civil war after the end of the Nazi occupation of Greece. When it was defeated with US assistance in 1949, Greece entered a period in which leftists were sent into exile on uninhabited islands, tortured, and pressed into years of hard labour.

But more venal concerns are the heart of the violence today, said Mihaletos.

“In reality few violent protesters are ideological anarchists per se,” he said. “We’re talking about people who could be characterised as hooligans, people who are actually drug dealers … neo-nihilists who want to destroy the capitalist system, a few Maoists and Trotskyites. And you have separate small gangs… they operate like a small urban army with a leadership, a deputy leader and so on. And they try to make the headlines in order to attract new recruits.”

Rather than quelling violence more effectively under the new government, police seem to have aggravated it in the run-up to the anniversary.

The trouble started last Sunday when police used their new powers to raid the Athens University of Economics and Business (AUEB), one of the most notorious campuses for lawlessness and violence. In an apparent attempt to steal a march on the November 17 anniversary, policeconfiscated truncheons, motorcycle helmets, balaclavas, gloves, rocks and wooden batons – typical student riot gear – locked up in student associations’ quarters.

The university’s decision to shut the campus for the week leading up to the Polytechnic anniversary roused students into an attempted occupation on Monday, supported by MPs from the left-wing opposition parties Syriza and DiEM25. Police say they were forced to use tear gas after the occupiers cut through a padlock on the campus gates and attacked them with clubs. Videos shared on social media showed riot police charging and kicking female students.

The student reaction to this escalation was swift. Midweek, students in Athens, Thessaloniki, and three other cities occupied 27 university departments, effectively daring police to remove them by force.

The government has a stated long-term policy to clear the Exarheia neighbourhood, which lies adjacent to the Polytechnic and AUEB campuses, of anarchists. In recent weeks it shut down two drug dens across the street from the AUEB, and earlier shut five refugee squats in the area. Eventually, the government wants to extend the National Archaeological Museum into the neighbouring Polytechnic building and abolish it as an academic campus. 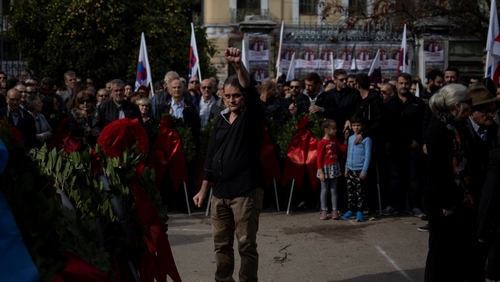 The imposition of law and order was a main plank of New Democracy’s electoral platform in July. The previous Syriza government had caused outrage by allowing convicted gunman Dimitris Koufodinas out of jail on furlough. Koufodinas had received 13 life sentences in 2003 for his operational leadership of Greece’s notorious armed group 17 November, named after the Polytechnic events.

In its last year in power, Syriza reduced certain criminal offences to misdemeanours, including active bribery and embezzlement. It softened penalties for illegal possession of firearms and explosives (including Molotov cocktails), and drug and weapons trafficking.

Last week, New Democracy passed a new penal code reversing Syriza’s reforms. Convicted “terrorists” will no longer be allowed out on furlough, and minimum life sentences rise from 17 to 22 years.

To many Greeks, New Democracy has sometimes taken too literal an attitude towards implementing the law. On October 19-20, police responded to reports of minors attending the R-rated box-office hit movie Joker. The state news agency reported police plucked several minors out of the audience and took them to the nearest precincts to be picked up by their parents.

According to the reports, at least one theatre manager was arrested. In a country where minors routinely watch R-rated films, this was unheard of.

On November 9, police raided a night club in central Athens following reports of drug possession. The DJ and clubbers said they were told to “hit the floor” by heavily armed police while they searched for drugs. According to the official police report, the drug hoard amounted to 12 grammes of cannabis, 3.5 grammes of cocaine, 1.7 grammes of heroin and two ecstasy tablets.

Whereas much of Greek society perceived Syriza as licentious, New Democracy has sometimes come across as lacking a sense of proportion.

Europe must unite to stand up to China, Russia and US