Zelimkhan Khangoshvili, who fought against Russia during the second Chechen war in the early 2000s, was shot twice in the head at close range in the Kleiner Tiergarten park in central Berlin just before midday last Friday. 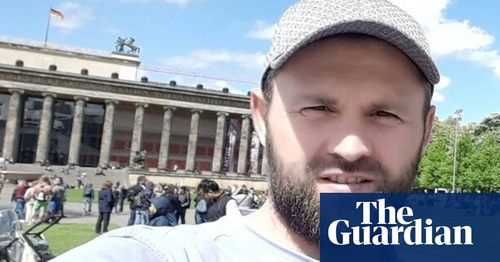 A suspect arrested last week over the killing of a Chechen dissident in Berlin was carrying a passport whose number linked him to Russian security services, German media have reported.

A Russian national who was detained near the scene after being spotted throwing a bicycle and a gun into the River Spree was carrying visa documents that identified him as 49-year-old Vadim Andreevich Sokolov, born in Irkutsk, Siberia, and based in St Petersburg.

However, a person of that name could not be found in Russia’s national passport register nor in the country’s driving licence register, Der Spiegel reported. At a Paris hotel listed as a residence in the visa documents, receptionists could not recall having seen the man, the magazine’s researchers found.

A joint investigation by Der Spiegel, Bellingcat and The Insider found that the passport number could be linked to a unit in Moscow’s interior ministry that in the past has issued ID documents for the military security service GRU.

The findings add further fuel to suspicions of a state-backed assassination similar to the attempt carried out against the former Russian military officer Sergei Skripal in Salisbury, Britain, in 2018.

On Wednesday the Kremlin denied any involvement in the killing, which took place on the same day that Germany’s foreign minister was visiting Moscow.

“I categorically reject any link between this incident, this murder, and official Russia,” said Vladimir Putin’s spokesman, Dmitry Peskov.