The Kremlin has remained tight-lipped about the incident, citing the sensitive nature of the submarine, AS-31, also known as Losharik. But at a funeral service for the decorated sailors, a navy officer claimed they died preventing a global catastrophe, alluding to a threat from the nuclear reactor. 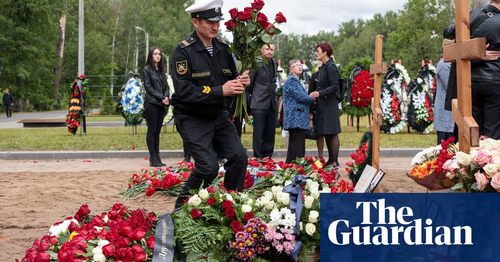 A malfunctioning lithium-ion battery may have sparked a deadly fire on a top-secret Russian nuclear submersible earlier this month that killed 14 naval officers, according to reports.

But details of what took place, which have been leaked to the Russian press, suggest a different story. Investigators told the Kommersant newspaper that a leading theory behind the fire in the Barents Sea on 1 July is battery failure.

The submersible was equipped with a lithium-ion battery made in Russia to replace older, proven batteries procured from the Ukrainian defence industry.

Advanced batteries were one of many components sourced by the Russian military from Ukraine before Moscow’s 2014 annexation of Crimea. Ukraine banned exports of military goods in response, forcing Russia to pursue crash programmes to develop domestic alternatives.

One of the major losses for the Russian navy were Ukrainian-made diesel turbines used to drive surface ships. This put the construction of an entire class of new Russian frigates on hold, and only recently have Russian turbine manufacturers been able to catch up.

Little is known about Losharik. But publicly available information paints a picture of a unique boat designed to dive to extreme depths well beyond those most modern submarines are rated for.

The submersible is able to achieve these depths due to its unconventional design: seven titanium spheres housed inside an unpressurised outer hull that resembles a modern submarine. The boat is understood to be equipped with mechanical arms and small underwater drones.

Operated by the deep-sea research directorate, Losharik is capable of, among other things, tapping and cutting fibre-optic communications cables lining the ocean floors.

Losharik is also unique in that it is designed to be ferried into an operations area by a larger “mothership”, understood to be a heavily modified Delta IV-class ballistic missile submarine known as the Podmoskovye.

According to Kommersant, the fire broke out as Losharik was docking with the mothership. The sailors died attempting to control the blaze. Russian naval regulations require sailors to perform damage-control duties in their assigned compartments until specifically ordered otherwise.