Rees-Mogg’s own home, the £2.9m, 17th-century Gournay Court, is built of red sandstone and Bath stone, and has not been thoughtlessly smothered with explosive material. But were it to suddenly turn into an unprecedentedly fierce inferno, it is certain that Rees-Mogg would have had the common sense to tell Nanny to evacuate the family immediately; not down a blazing narrow tower block fire escape, of course, but down the impressive internal staircase, which rises from the east end of Gournay’s inner hall to the first floor and has decorated covered urns as finials and pendants on the newel posts, its balusters forming an arcade in the Jacobean fashion. 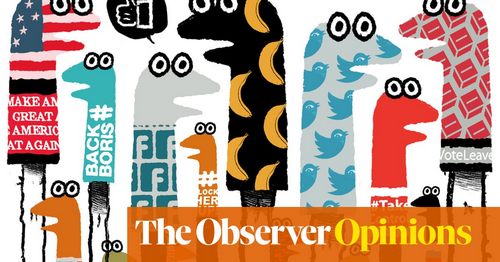 Clues to the causes of the tragedy of Grenfell Tower are at last emerging, and they do appear to be providing some comfort. For example, people who died in the fire, according to Jacob Rees-Mogg, lacked “common sense”. The inferno could thus be viewed as a useful cull of some of society’s least valuable members, a purification by fire that the eugenicists of the 1930s would recognise as entirely valid.

Having already established that firefighters were to blame for the deaths, apparently for having no experience of firefighting in a building that was actually covered in material designed to burst into flame, we now learn that the dead are to blame for their own deaths anyway, for being too stupid to stay alive.

Meanwhile, we will have to wait until the back end of next year for a decision on the culpability of the contractors. Appropriate blame has, however, managed to be apportioned to the once lauded firefighters and feckless residents through the first phase of the report and Jacob Rees-Mogg’s personal LBC radio trumpet respectively.

But is there no muck sticky enough to stick to Johnson and his gang of total liars? I’m not even a real journalist, just a minor comedy celebrity with enough plausible columnist skills to conceal that fact I’ve been placed here in an act of cynicism to drive traffic through a dying medium, but even I can see that Johnson gets a free pass.

Two weeks ago the rightwing press, or “the press” as it is perhaps more accurately known, ran photos of Jeremy Corbyn asleep on a train at 9am while travelling to campaign in Scotland. Corbyn should have been watching England playing New Zealand at rugby so sleeping meant he was unpatriotic and anti-English; a bit like Stalin who, in 1938, famously chose to sleep through the premiere of the light-hearted Russian comedy film Volga-Volga in Moscow, rather than watch England play Scotland at Twickenham.

Well, not only was I also asleep when England beat New Zealand, I didn’t even know there was a rugby tournament until I saw Corbyn sleeping through it. And if not being interested in rugby makes me unpatriotic then fashion an effigy of me out of old trousers, charge people a penny to see me, throw me on a bonfire and toast my immolation with hot cider, for a patriot I be not. That said, the picture of snoozin’, England-hatin’ Corbyn doubtless did some electoral damage. As would the cameraphone film of Boris Johnson being hurried out of Addenbrooke’s hospital, after an unscheduled publicity op went pear-shaped on Halloween, in a hail of boos and jeers from staff and patients, if anyone had seen it. The footage has had an intermittent presence online, as a result of copyright claims, and never made the national news.

This was fortunate for Dominic Cummings, because it wouldn’t have been possible to dismiss a whole hospital’s worth of unsolicited Johnson-booers as undercover Labour party activists, like the dad with the sick kid in Whipps Cross who questioned Johnson’s honking promise trumpets to TV cameras the prime minister insisted weren’t there, even as he spoke into them to deny their existence. If only the media had been so circumspect in its coverage of Ed Miliband eating that bacon sandwich in a funny way in 2014, maybe there would have been no EU referendum and Jo Cox would still be alive.

This is why the suppression of the report into Russian electoral meddling and underhand media manipulation is important. Not because it is about Russia specifically, but because it concerns electoral meddling and underhand media manipulation. Twitter knows that Russian accounts paid for Brexit adverts; and Cardiff University’s Crime and Security Research Institute’s 2017 study suggested fake Russian “sock puppet” accounts were, for example, behind the rapid spread, that March, of a politically weaponised and cynically decontextualised image of a Muslim woman walking past victims of the Westminster Bridge attack.

We know the Conservatives specifically, and Leave-supporting organisations generally, employ similar tactics, despite Fiona Bruce getting her facts wrong on Halloween Question Time concerning the legality of Vote Leave’s campaign, an error for which no BBC apology has been forthcoming. And we know the Conservatives manipulate media because the crusading liberal investigative journalist Piers Morgan called them out for it on Wednesday, after government propagandists re-edited and circulated online an interview with Keir Starmer on Good Morning Britain to replace his thorough explanation of Labour’s complicated Brexit fudge, with him saying nothing, as if he had no answer.

Why should the current government care about Russian media manipulation? They are too busy getting on with it, and getting away with it, themselves. And no one at the cuckolded BBC will call them out on it.

Stewart Lee’s new book, March of the Lemmings, is available now, as is a download and DVD of his last standup show, Content Provider. National dates are on sale for his latest live show, Snowflake/Tornado

What type of fascism is driving the far right today?