The explosion took place at a military testing range in the Arkhangelsk region, where specialists were working on a liquid-fuel jet engine, Russia’s ministry of defence said. Those injured included military specialists and civilian engineers for the rocket engine’s developer. 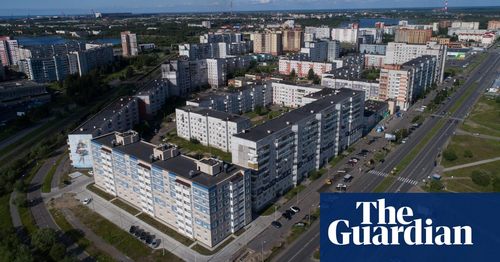 Two people have been killed and radiation levels reportedly spiked after a rocket engine exploded during a test in northern Russia, in the second deadly incident at a Russian defence installation this week.

There was a sudden rise in radiation levels in the nearby city of Severodvinsk, Russia’s state-owned Tass news agency reported, citing municipal officials.

Some reports from state-run media suggested the blaze occurred aboard a vessel, while the military’s account implied it happened on land. Russia maintains a veil of secrecy around its military installations in the region, near where its northern fleet, including nuclear submarines, are stationed.

Early reports also suggested that there were heightened radiation levels near the town of Nyonoks, where there is a site for testing ballistic missiles carried by Russia’s nuclear-powered submarines.

The defence ministry denied reports of a rise in radiation levels, saying that levels were normal and that there had been “no harmful discharges into the atmosphere”.

Earlier this week a fire at a military ammunition depot in Siberia forced more than 16,500 people to evacuate their homes, as exploding shells sent deadly shrapnel flying for miles around. The fire left one person dead and 13 more injured, and took firefighters more than 16 hours to extinguish.

Investigators have signalled that they believe negligence is to blame for the Siberian fire, opening a criminal case for the mishandling of explosives and blaming the “human factor” for the blaze.