Putin is assessed by UK intelligence agencies as having been “likely” to have approved of the attack in March 2018 on Sergei Skripal, a former Russian military officer, and his daughter, both of whom were left seriously ill but survived. 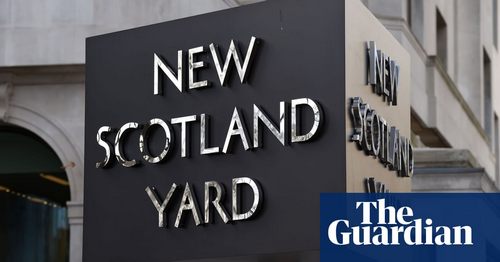 Scotland Yard has examined the role of the Russian president, Vladimir Putin, in the novichok nerve agent attack in Salisbury, it has been revealed.

Two Russian agents have been charged over the attack, and Britain wants them extradited and has issued a European arrest warrant (EAW) and Interpol red notice for their detention.

The Metropolitan police assistant commissioner Neil Basu, the head of UK counter-terrorism policing, said the investigation into the attack was continuing.

Basu said the issues involved in bringing charges over the attack were complex. “You’d have to prove he Putin was directly involved,” he said.

“We’re police officers, so we have to go for evidence. There has been a huge amount of speculation about who is responsible, who gave the orders, all based on people’s expert knowledge of Russia. I have to go with evidence.”

The two Russian intelligence agents charged are still in Russia and liable to arrest if they leave. They were named by UK police as Alexander Petrov and Ruslan Boshirov, believed to be aliases.

Chile police continue to use pellet rounds despite suspension

But there is speculation that more people may have been involved in the attack.

Basu said: “The two that we announced in the press conference are wanted by us for extradition to be charged in this country. The whole of the investigation is still a live criminal investigation.”

The two Russians charged are believed to be part of Russia’s GRU military intelligence agency. They were further charged with the use and possession of novichok, contrary to the Chemical Weapons Act.

Sturgess and Charlie Rowley became unwell on 30 June in Amesbury, Wiltshire. They are believed to have been unwitting targets of the Russian plot.

Leonardo DiCaprio flooded with requests to save Siberian lake