A Labour politician who says he was a victim of deliberate food poisoning on a ministerial trip to Russia has accused the Conservatives of “deliberate British amnesia” in ignoring years of infiltration and refusing to publish a parliamentary report on Kremlin meddling in the UK. 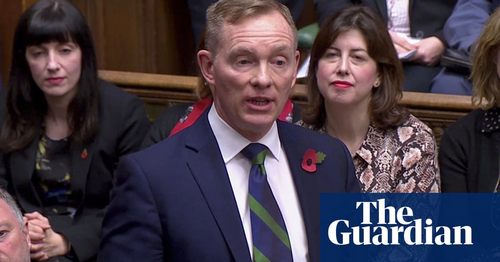 Writing in the Guardian, Chris Bryant said that Conservative governments had instead allowed a “massive influx of dirty money to enter the UK” and that £3.5m of money from Russians “has dripped into the Tory party” since 2010.

Bryant called on Boris Johnson to “come clean” and publish the intelligence committee report. “It’s the only way he can counter the Russian influence that clearly hangs over him and his party.

“At best, successive Conservative prime ministers have been naive about Putin. If Johnson continues to refuse to publish, though, the only conclusion will be that he is complicit and has something to hide.”

The process started, Bryant wrote, when David Cameron came to power in 2010, in an attempt to normalise relations with the regime of Vladmir Putin four years after the fatal poisoning of Alexander Litvinenko.

“So when David Cameron arrived in Downing Street he wiped the slate clean. Russia was one of the world’s major fast-growing economies. We needed to do more trade with Putin and let bygones be bygones.

“That required quite a lot of deliberate British amnesia by Conservative ministers,” Bryant wrote.

The former minister said he had personal experience of Kremlin attempts to infiltrate British politics, arguing that he was surprised Downing Street had refused to clear for publication the intelligence and security committee report on Russia in time for next month’s general election.

He said hackers from the country had launched multiple cyber-attacks against parliament and other government targets, according to information he had received in his role as chair of the Commons finance committee.

“The news that the Labour party has suffered multiple attempts at cyber-attacks over the last few days will not surprise in the parliamentary IT department as they have regularly warned the Commons finance committee of repeated attempts to penetrate the Commons IT systems from Russia and China,” Bryant wrote.

In the article, Bryant refers to the fact that he fell violently ill with food poisoning on a ministerial trip after an official dinner to the Russian city of Nizhny Novgorod in 2009. The same night there were also repeated calls made to his hotel room every hour. “I gather these were standard practice irritants meted out by the FSB to ‘difficult’ visitors,” he wrote.

Bryant also claimed the Conservative party was complicit in a 2012 attempt by the Russian embassy in London to remove him as chair of the all-party parliamentary committee on Russia.

Separately, it emerged that the Bureau of Investigative Journalism and lawyers Leigh Day had launched a legal attempt to force Downing Street to release the suppressed report via a judicial review.

No 10 said there was not enough time to clear the report, but the committee chairman, Dominic Grieve, said Johnson was handed a final draft two weeks before parliament was dissolved for the election, the normal period of time for final approval.

Is FaceApp an evil plot by ‘the Russians’ to steal your data? 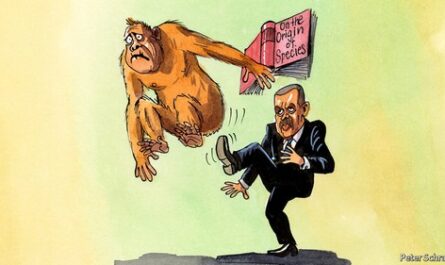 The decline of Turkish schools

OUR TEAM accuses Russia of taking advantage of conflict in Libya