In 1989, MacLean recorded his journey from Berlin to Moscow across what was for many still Europe’s terra incognita. A united, liberal Europe had seemed tantalisingly near as walls and dictatorships tumbled, families and nations were reunited, and – it appeared – communism finally joined fascism on the scrap heap of history. Now, he retraces his steps from east to west to explore what became of that dream, and finds it battered and besieged by the resurgent forces of authoritarianism, racism and demagoguery. 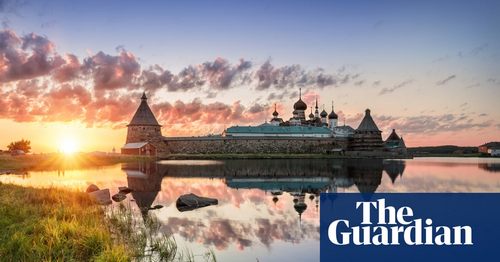 Thirty years ago, the South African novelist and poet Christopher Hope was drawn to Russia by “the quality of the lies”. The myths peddled by Soviet officials had created “a society steadily falling apart; run your fingers over it and you’d feel the widening stitches. In the night they snapped one by one.” Hope’s observation of a society undone by its own falsehoods echoes throughout Rory MacLean’s gripping book, part-travelogue, part-contemporary history of Europe.

Russia is the dark heart of MacLean’s story. After the collapse of the Soviet Union, “Russians were in trauma, their collective memory racked by historical suffering and guilt.” Unable to cope with their blood-soaked past, they once again embraced a “mythologised version of history”. New state-sponsored narratives about the Soviet Union’s heroic defeat of Nazi Germany eclipsed public discussion of humanmade famines, firing squads, mass burial grounds, the empire of forced labour camps, and the brutal annexation of neighbouring states. MacLean visits the island of Solovki in the White Sea, home to both a celebrated Orthodox monastery and the Bolsheviks’ first forced labour camp. Art Hangar – a gallery-cum-community centre on the outskirts of the monastery complex – was briefly an exuberant art scene before the organisers staged an exhibition that sought to confront the horrors perpetrated there by the Soviet regime. The Orthodox church, closely allied to the Kremlin, was determined to preserve historical memory of Solovki as a place of worship uncontaminated by torture and killing. Art Hangar was forced to shut its doors.

In Putin’s Russia, as in the Soviet years, MacLean writes, “lies became the glue that held people together”. They also became something of an export industry. In St Petersburg, MacLean meets Adina, whose language skills, flexible morality and economic hardship had landed her a job at one of Russia’s troll farms. There she spent her shifts spewing out torrents of disinformation and anti-immigrant and anti-EU invective across social media. MacLean sees a naive west imperilled by Russia’s propagation of “a toxic nihilism, undermining objectivity, deepening splits in our societies and even changing the way we think”. Quite why western societies have proved so receptive to this hate-filled rhetoric is a question that goes largely unaddressed.

Elsewhere in Europe, politics now follows a trail seemingly blazed by the Kremlin. Hungary is another country in the grip of “outdated notions of greatness, of superiority”. Here too, “nostalgia replaced optimism as a ruling emotion, its people swallowed astonishing untruths about scheming enemies.” The most gullible are the losers in “the changes”, which have disrupted established communities and livelihoods. The son of a long-time friend in Tokaj lost his grocery shop when the local branch of Aldi opened. MacLean finds the man in Budapest, now a homeless alcoholic railing about the threats posed to Hungary by its non-existent Muslim population.

MacLean is an accomplished writer; his immersive prose crackles with wit and wry humour, and captures scenes and personalities with aplomb. As a narrator, he is frank about his own liberal beliefs and unabashedly partisan in his thumping of reactionaries, ethno-nationalists and xenophobes. But if his colourful encounters with Europeans from alt-right Polish executives to German neo-fascists offer a fascinating and grim portrait of our current predicament, how compelling is MacLean’s explanation of how we got here?

Pravda Ha Ha argues that unprincipled leaders across the continent have unleashed a blizzard of lies and self-serving myths in order to deflect public anger about poverty and powerlessness on to scapegoats and imaginary enemies. MacLean’s story unfolds from the seeming high-water mark of liberalism and freedom at the end of the 1980s and reveals populations in eastern and central Europe to be nostalgic, historically ignorant and alarmingly susceptible to the manipulations of their rulers.

There is a great deal of truth to his account. But illiberalism, ethno-nationalism and authoritarianism are deeply embedded in European culture – they are not confections of recent politics. In the first half of the 20th century, fascist movements dominated much of the continent in what Charles de Gaulle termed “Europe’s second thirty years war”. When the Berlin Wall fell, Europeans were free to experiment not just with new economic and democratic opportunities; they were also liberated from a political consensus in both east and west that kept far-right ideas confined to the margins. Nationalists and populists have exploited this with disconcerting ease to fuel their political campaigns. As a Ukrainian theatre director points out from the staging of her latest play in Dnipro, a mere 100 miles from the battlefields of the Donbass: “We have always lived with the dark, with war, deceit, ruin … This is part of Europe’s essence, part of the nightmare. It doesn’t vanish after one generation.”

Perhaps inevitably, MacLean ends his journey back in the UK, a country that shares, he argues, Russia’s post-imperial hang-ups. Unlike many neighbours comfortable with a hybrid national and European identity, Britain has “harked back to an older, cruder form of nationalism, wrapping itself in an empire comforter to protect it from chilly reality, unable to face its fading significance”. Europe’s real borders do not lie, MacLean concludes, at the river Oder or at the Urals. They lie rather in culture and morality, those very places where “openness meets a wall”.