Bradshaw – who has repeatedly raised the subject of Kremlin interference in British politics, including in the EU referendum – received the email at his election gmail address. The sender – “Andrei” – claimed he was a whistleblower from inside Vladimir Putin’s presidential administration. 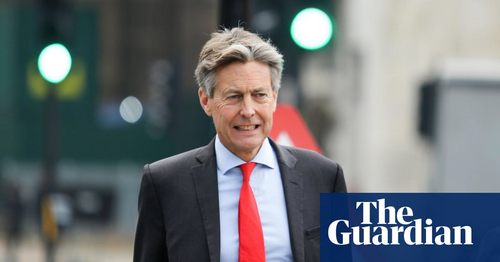 The Labour candidate Ben Bradshaw has said he has been the victim of a suspected Russian cyber-attack after he received an email from Moscow with attachments containing sophisticated malware.

The email contained several apparently genuine documents. They showed how the Kremlin has set up a secret “fake news unit” in Russia’s far east region which is used to suppress negative stories and to boost pro-government sentiment. However, two of the documents carried malicious code.

Bradshaw initially sent the email to cyber-experts, who confirmed that the files were suspicious. He has now reported the email to the national cyber security centre (NCSC) – a part of GCHQ – and to parliamentary authorities.

The NCSC confirmed it was examining the case on Tuesday, saying: “The NCSC works closely with political parties, local authorities and individuals and offers them access to the best cybersecurity guidance and support. We were recently contacted by Mr Bradshaw and are currently looking at the information we have received.”

Intelligence professionals said the attack was technically sophisticated and specifically designed to target the prospective Labour candidate. The files include the signature of a genuine regional envoy on presidential notepaper and a detailed PowerPoint slide in Russian of protest meetings, seemingly compiled by Putin’s FSB spy agency.

Bradshaw said: “The email came to my gmail account, which is more vulnerable than my parliamentary one. What the sender was claiming was potentially extremely useful and political dynamite. It was drafted in a clever way to make it tempting to open.”

Asked why the Russians might want target him, he said: “I was the first MP to raise Russia’s role in the Brexit vote in 2016. Ever since I have been asking questions about the Kremlin’s subversion of our democracy.”

The email was written in good English, with several of the original Russian documents helpfully translated. It was sent from an anonymous account using ProtonMail, an encrypted email provider.

The sender “Andrei” said he wanted to leak details of the propaganda pilot project because similar “fake news practices” were used “with Brexit and the US” in 2016 – a reference to the Kremlin’s social media operation in support of the leave campaign and Donald Trump.

“Andrei” wrote: “Lessons are to reapplied in 2020. Since you are campaigning for the general election, maybe you would be interested in being first to break the story?

“My motivation for contacting you is that I personally object to the methods my bosses in the Russian Presidential Administration are using … They value the current state of affairs that allows them to store money in the UK, as you know, so an exposé could create a strong correct reaction in Moscow.”

The sender said his documents might be “political capital” for Labour before the election, adding: “Especially considering the recent articles about the Conservatives operating with Russia money.”

Bradshaw said the suspected cyber-attack was further confirmation that Moscow was seeking to influence British politics. He condemned Boris Johnson’s refusal to publish the intelligence and security committee’s report on Moscow interference and said the prime minister had yet to come clean on his links with wealthy Russians living in the UK.

“Johnson has repeatedly lied about this. He hasn’t told the truth about his own contacts. That’s one of the reasons he doesn’t want the report published before the election because of what it contains,” Bradshaw said.

Earlier this year, US special counsel Robert Mueller said Russia had conducted a “sweeping and systematic” operation to support Trump in the 2016 election. Mueller indicted several individuals from the notorious St Petersburg “troll factory”, which was also used to push pro-Brexit messaging in advance of the EU referendum vote.

Last year parliament’s digital, culture, media and sport select committee said Moscow had used “malign digital influence campaigns” in Britain, including after the novichok poisoning in Salisbury of Sergei Skripal. The committee took issue with Downing Street’s claim there was no evidence of “successful” Russian interference and said it should investigate.

Over the summer, suspected hackers from Moscow’s GRU military intelligence agency launched a sophisticated attack on around 30 western journalists and Russia experts. The attack involved phishing emails sent to ProtonMail accounts, similar to the one used last week to contact Bradshaw.

News of the apparent attack on Bradshaw followed claims on Monday that a leaked dossier of US-UK trade documents published by the Labour party had been initially shared online using methods that mirrored those previously used as part of a Russian disinformation campaign.

There is no suggestion either that the NHS documents, produced by Jeremy Corbyn at a dramatic press conference last week, were fake. But the consultancy Graphika said that the cache of files was initially distributed via Reddit, three German-language websites and an anonymous Twitter account, in a manner similar to a previous operation by a Russian group known as Secondary Infektion.

The researcher who first raised the prospect of foreign involvement in the Labour leak, Ben Nimmo, said on Tuesday that it would require information from Twitter or Reddit to fully resolve whether Russia was involved.

Without such a development, the links were “not enough to provide conclusive attribution”, Nimmo admitted. Secondary Infektion, which acted in the same manner to the individual or group that leaked the trade documents, was identified only when Facebook used its behind-the-scenes knowledge to cite Russia as the source.

In Europe, the left stopped the clock on November 9, 1989