Four nations produce half of all carbon emissions but the US has gone into reverse in tackling the climate emergency under Donald Trump while Russia has failed to make any commitment at all. 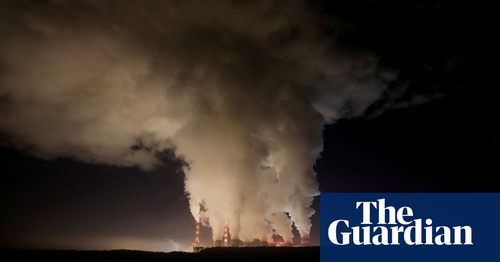 The world is on a path to climate disaster, with three-quarters of the commitments made by countries under the Paris agreement “totally inadequate”, according to a comprehensive expert analysis.

Other major oil-producing nations, including Saudi Arabia, United Arab Emirates and Kuwait have set no targets to reduce emissions. China and India are cleaning up their energy systems but their surging economies mean emissions will continue to grow for a decade.

Under the 2015 Paris deal, countries agreed to limit global heating to 2C, or 1.5C if possible. Each country makes a voluntary pledge of climate action, but to date these would result in global temperatures rising by a disastrous 3-4C. The Intergovernmental Panel on Climate Change (IPCC) concluded in 2018 that emissions, which are still rising, must fall by 50% by 2030 to be on track for 1.5C.

Only the 28 countries of the European Union and a few others including Norway, Switzerland and Ukraine are on track. Of the 184 national Paris pledges made, 136 are judged insufficient in the report, published by the Universal Ecological Fund.

Another problem is many pledges are unlikely to be met, due to the US withdrawing from the Paris agreement, Brazil’s president, Jair Bolsonaro, reversing environmental policies, or because poorer nations do not get the funding they need – the US and Australia have stopped making such contributions.

“The current pledges made under the Paris agreement are totally inadequate to put us on a pathway to meet either the 1.5C or the 2C goal,” said the report’s author, Prof Sir Robert Watson, a former IPCC chair and scientific adviser to the UK and US governments. “With just 1C warming so far, we are already seeing some very significant effects. The effects at 3-4C will be very profound on people around the world.”

“When you see a country like Russia not even putting a pledge on the table, it is extremely disturbing,” he said. “Saudi Arabia and Russia rely heavily on their fossil fuels but that is no excuse. Those that have not effectively made any pledges yet really should be shamed into being part of the solution.”

Harvard University’s James McCarthy, a co-author of the report, said: “Failing to reduce emissions drastically and rapidly will result in an environmental and economic disaster from human-induced climate change.”

Failing to halve emissions by 2030 means the number of hurricanes, severe storms, wildfires and droughts are likely double in number and intensity, the scientists said, costing $2bn (£1,55bn) a day within a decade. To avoid this, the scale of climate change action must double or triple, they said.

The Paris agreement does allow for nations to ratchet up their commitments. “This report demonstrates we need to ratchet badly, and as quickly as possible,” said Watson.

China and India should be applauded for improving their energy systems, he said, but their emissions must peak. However, Watson said it was difficult to expect leadership from these nations when those with the biggest historical emissions, like the US, were not doing so.

Half a century of dither and denial – a climate crisis timeline

The physicist Edward Teller tells the American Petroleum Institute (API) a 10% increase in CO2 will be sufficient to melt the icecap and submerge New York. “I think that this chemical contamination is more serious than most people tend to believe.”

Lyndon Johnson’s President’s Science Advisory Committee states that “pollutants have altered on a global scale the carbon dioxide content of the air”, with effects that “could be deleterious from the point of view of human beings”. Summarising the findings, the head of the API warned the industry: “Time is running out.”

A recently filed lawsuit claims Exxon scientists told management in 1977 there was an “overwhelming” consensus that fossil fuels were responsible for atmospheric carbon dioxide increases.

An internal Exxon memo warns “it is distinctly possible” that CO2 emissions from the company’s 50-year plan “will later produce effects which will indeed be catastrophic (at least for a substantial fraction of the Earth’s population)”.

A confidential report prepared for Shell’s environmental conservation committee finds CO2 could raise temperatures by 1C to 2C over the next 40 years with changes that may be “the greatest in recorded history”. It urges rapid action by the energy industry. “By the time the global warming becomes detectable it could be too late to take effective countermeasures to reduce the effects or even stabilise the situation,” it states.

Exxon, Shell, BP and other fossil fuel companies establish the Global Climate Coalition (GCC), a lobbying group that challenges the science on global warming and delays action to reduce emissions.

Exxon funds two researchers, Dr Fred Seitz and Dr Fred Singer, who dispute the mainstream consensus on climate science. Seitz and Singer were previously paid by the tobacco industry and questioned the hazards of smoking. Singer, who has denied being on the payroll of the tobacco or energy industry, has said his financial relationships do not influence his research.

Shell’s public information film Climate of Concern acknowledges there is a “possibility of change faster than at any time since the end of the ice age, change too fast, perhaps, for life to adapt without severe dislocation”.

At the Rio Earth summit, countries sign up to the world’s first international agreement to stabilise greenhouse gases and prevent dangerous manmade interference with the climate system. This establishes the UN framework convention on climate change. Bush Sr says: “The US fully intends to be the pre-eminent world leader in protecting the global environment.”

Two month’s before the Kyoto climate conference, Mobil (later merged with Exxon) takes out an ad in The New York Times titled Reset the Alarm, which says: “Let’s face it: the science of climate change is too uncertain to mandate a plan of action that could plunge economies into turmoil.”

The US refuses to ratify the Kyoto protocol after intense opposition from oil companies and the GCC.

The US senator Jim Inhofe, whose main donors are in the oil and gas industry, leads the “Climategate” misinformation attack on scientists on the opening day of the crucial UN climate conference in Copenhagen, which ends in disarray.

A study by Richard Heede, published in the journal Climatic Change, reveals 90 companies are responsible for producing two-thirds of the carbon that has entered the atmosphere since the start of the industrial age in the mid-18th century.

The API removes a claim on its website that the human contribution to climate change is “uncertain”, after an outcry.

Mohammed Barkindo, secretary general of Opec, which represents Saudi Arabia, Kuwait, Algeria, Iran and several other oil states, says climate campaigners are the biggest threat to the industry and claims they are misleading the public with unscientific warnings about global warming.

The report concluded that countries that had pledged between 20-40% emission reductions by 2030 needed to do much better, including Australia, Canada and Japan.

“Leaders need to adopt new policies to close coal-fired power plants and promote renewable and carbon-free power sources such as wind, solar and hydropower,” said McCarthy. That means closing 2,400 coal-fired power stations around the world in the next decade and tackling the 250 new coal-powered units that are under construction.

From cars to homes to industry, he said, the potential of energy efficiency was so great that if implemented no extra energy would be required in 2030, despite the fact that global population was expected to be 1.2bn higher than today.