In an interview with the Economist earlier this month, French President Emmanuel Macron called Bosnia and Herzegovina a “ticking time-bomb” and claimed that Europe’s biggest concern in the Balkans is the “jihadists” returning to the country. Macron’s comments came after he vetoed the opening of accession negotiations with North Macedonia and Albania – two other Balkan nations with significant Muslim populations. 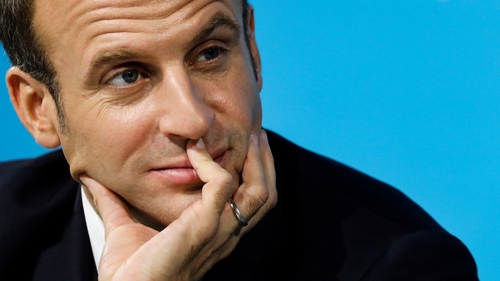 The incident displayed, once again, the contested inclusion of Bosnian Muslims – Europe’s most recent victims of genocide – into the European identity. Moreover, the reactions to Macron’s comments revealed the Eurocentrism that is prevalent among Bosnians and their allies.

Outraged by Macron’s comments about their country, many in Bosnia took swift action to debunk his claims. This was not a difficult task as, of course, the majority-Muslim Balkan country of 3.5 million is not what Macron said it is.

Commentators, analysts and Bosnians pointed out that while France, the largest exporter of foreign fighters to Syria’s war, is still struggling to come up with an efficient way of dealing with these individuals’ return, Bosnia has already introduced prison sentences of up to 10 years for its citizens who participated in foreign wars. They also pointed out that, unlike France, Bosnia has not seen any terror attacks and, despite political instability, remains a very safe country. Furthermore, they reminded their western neighbours that Bosnia has, for centuries, been a land where various religions, cultures and ethnicities peacefully coexisted.

Some Bosnians, who clearly felt insulted by the way Macron views their country, even extended friendly invitations to the French leader on social media and said that they would be happy to show him how liberal and European the country really is.

Others, meanwhile, argued that Macron’s words should be viewed within a broader political context and claimed that they are, in fact, the product of a smear campaign led by Bosnia’s regional adversaries. Neighbouring Croatia and Serbia are indeed constantly trying to damage the country’s reputation. Most recently, in July this year, Croatia’s right-wing president, Kolinda Grabar-Kitarovic, claimed during a visit to Israel that Bosnia is a security threat and a haven for “militant Islam”.

Given the similarity between the rhetoric used by Grabar-Kitarovic and Macron, some commentators suggested that the French president’s views were “clearly cribbed from” her and that his claims were the product of his “growing ties to right-wing and illiberal regional governments”, and “his disturbing proximity to Moscow.”

While it is entirely possible that Macron’s views on Bosnia were influenced by Grabar-Kitarovic’s propaganda, such comments imply that the French president had simply been tricked into adopting the wrong views.

In general, Bosnian responses were aimed at “correcting” Macron’s “mistake” rather than confronting his apparent racism. They focused not on the Islamophobia that is at the core of his comments, but on the fact that the accusations do not apply to Bosnia.

In doing so, they demonstrated that they want their country to be viewed within a white, European, Western and liberal framework. But while trying to prove Bosnia’s Europeanness, they failed to address the fact that it would neither be acceptable nor accurate for Macron to label the country as a “jihadist threat” even if it had a religiously conservative population.

Bosnians’ eagerness to show Macron that Islam in their country is not “radical” and that they are “peaceful” and “civilised” Europeans is understandable in the context of Bosnia’s recent history. European integration is of primary importance in post-genocide Bosnia, which suffers from structural, economic and political hardship as well as many other obstacles set by its neighbours. Close ties with and prospective accession to the European Union and NATO are seen by many Bosnians as essential for the country’s safety and the improvement of the lives of its citizens.

But as they try to prove their Europeanness to the likes of Macron, some Bosnians ignore the fact that their inclusion into the European identity will always be partial. Islamophobic and Orientalist comments and claims by European leaders can always be addressed and debunked as they come. However, the structural Islamophobia that is at the very core of the European civilisation and which shapes European discourses about Muslims cannot be cured as easily.

Macron’s comments on Bosnia were just the latest chapter in a long story of French colonial racism and Islamophobia. Moreover, these comments were hardly the president’s first “mistake”. Since the beginning of his tenure, Macron has repeatedly exploited colonial tropes of white, European supremacy. To name a few examples: Earlier this year, he blamed domestic anti-Semitism on “radical Islam”, and claimed the phenomenon was widespread in poor and multi-ethnic neighbourhoods. In 2017, he claimed “civilisational” problems and women having “seven or eight children” are hampering development in African nations. In his most recent efforts to appeal to right-wing voters, Macron proposed a more conservative immigration policy. In doing so, he claimed he preferred “legal migrants” from African countries to “clandestine networks of Bulgarians and Ukrainians”, yet again employing Afrophobic tropes, in which black people serve as negative comparisons.

Nevertheless, Bosnians’ outrage about Macron was not based on the French president’s racism and Islamophobia, but at his apparent denial of Bosnia’s Europeanness.

There were many ways to address Macron’s incorrect, offensive and destructive comments, but most Bosnians chose to respond to the president by listing the qualities that make them quintessentially European. Rather than trying to address the deep-rooted Islamophobia that shapes the way European leaders interact with Muslims in Europe and beyond, they embarked on a quest to show everyone how different they are from the rest of the Muslim world.

Such articulations can, at best, temporarily stop the insults, accusations and attacks, but can never solve the problem.

As Bosnians, it is perhaps time that we admit our inclusion into Europeanness is and will always be marginal. Despite all our efforts to prove that we belong, our European identity will continue to be contested at every opportunity by leaders looking for political gain. No matter how often we say that “we are European”, we will continue to be victim to the same racist tropes that are used against non-European Muslims.

Structural Islamophobia was a significant factor that led to Bosnian Muslims becoming the first victims of genocide in Europe after the Holocaust. Islamophobic tropes are still being used to downplay or outright deny that genocide to this very day.

We cannot protect ourselves from this widespread disease simply by saying that we are European Muslims who should be excluded from Islamophobic prejudice. We need to understand Islamophobia as a structural form of racism rather than a mere event and challenge it wherever it occurs.