The reaction in Russia is fascinating. It’s the opposite of the attitude Russians have formed towards HBO’s Chernobyl. That series has been acclaimed in Russia, with many viewers admiring the meticulous eye for detail, right down to the sourcing of the correct rubbish bins for the era, and the refusal to dumb down anything emotionally or politically. The respect for history, the awareness of revisionism, the acknowledgement that facts are complicated and the sheer investment of time and energy that Chernobyl represented went a long way in bringing Russia and the west closer together. At a time when relations are strained, it was a sign that we have the capacity for mutual understanding.

Forgive the makers of this series, for they know not what they do. All you need to know to understand everything about The Last Czars is summed up in this early sample dialogue from an exchange between the tsar and his new wife. He has just murmured: “Oh Mrs Romanov!” to her in bed on their wedding night. Then he says: “You know, my father was a great leader. The people adored him.” She replies: “It’s not the people I worry about. It’s your family. You need to be strong! You’re the tsar!”

This is the level we are operating on. I thought I might avoid watching this series; its likely flaws screamed so loud. But I was in Moscow last week and it was the talk of the town (not in a good way) so I decided to watch it. I wish I had not.

The Last Czars rips that seam right open again and ostentatiously douses the resulting wound in alcohol poured from a bottle with the word “vodka” misspelled in Cyrillic. Russians are in stitches over a frame in which a picture of Red Square supposedly in 1905 clearly features Lenin’s tomb, which was not constructed until 1924. (Also “czars”, the American transliteration, is so irritating. The usual British one is “tsars”.) 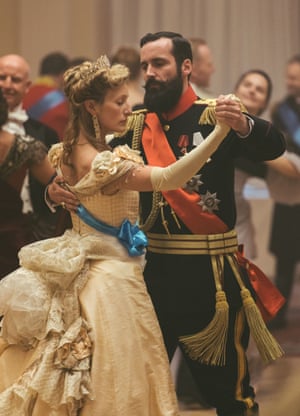 Like a horrific meta-experiment in exposition for people with the memories of goldfish… The Last Czars. Photograph: Netflix

The Last Czars is a surreal Wikipedia entry brought to life, mixing voiceover, a narrator figure, dramatic reconstructions and talking heads from academics who are experts in the period. This disaster could have been averted if it had been introduced by a historian from the outset in order to manage expectations. (I picture Simon Sebag Montefiore striding manfully across Red Square.) Instead, it launches into a drama then talking heads suddenly pop up out of nowhere. It is like a horrific meta-experiment in exposition for people with the memories of goldfish.

Apple inc. under fire for labelling Crimea as part of Russia inside apps

The actors do their best, the cinematography is beautiful, the costumes are gorgeous. On some level, you settle momentarily into the beauty of it. At times, the dramatisation itself does become wonderfully enjoyable, with the same syrupy vibe as Downton Abbey (which is much loved by Russian viewers). It is almost possible to overlook the new tsar speaking as though he has just come out of a therapy session with Sigmund Freud: “I’m sorry there has been no time for us.”

Then, as the real-life historians intrude and explain what is going on, you feel as if you have stepped into a documentary directed by Salvador Dalí. As if there weren’t already too much anachronism and hindsight in a world where the tsar keeps saying: “I am the tsar.” I didn’t necessarily resent the views of the academics, many of whom have written insightful books on Russia. And they are not inaccurate in a lot of what they say. (Although: “There were palaces everywhere.” Really? Everywhere? In Siberia? Hmm.) But it makes a drama already packed with de-haut-en-bas exposition even more ridiculous. Imagine The Crown with a narrator character, plus a voiceover, plus disclaimers from prominent academics about the Queen being very misunderstood while the Queen stands in the background saying: “You know, guys, I am the Queen and I am very misunderstood. Also, I have castles everywhere.”

At a time of fake news, conspiracy theories and people trying to sow discord between world powers, the logical conclusion may be that The Last Czars has been financed by someone who wants to show we in the west are utter idiots. They invested their money well. If that investor proves to be Philomena Cunk? Well, then this is a work of genius. 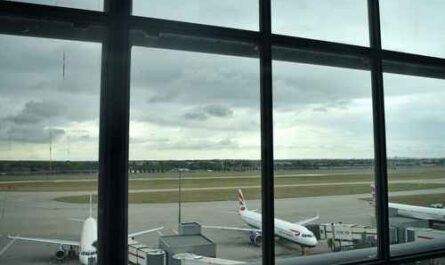