Chris Bryant rightly reminds us of Russian cyber-attacks on targets another and how Conservative governments currently have allowed Russian “dirty money” to enter the country as he regarded as on Boris Johnson to be issued clean and publish the cross-party intelligence and security committee’s report on Kremlin meddling in Britain ( Tories ‘have deliberate amnesia’ over Russia’s UK meddling , 14 November). 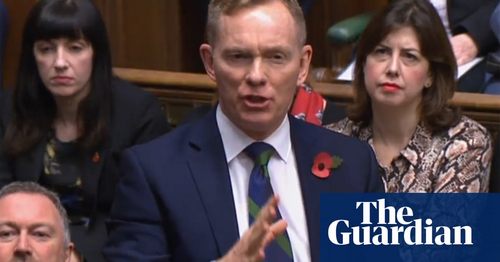 If Jeremy Corbyn had blocked a parliamentary report on attempts for Putin’s Russia to meddle in British politics, we could actually be sure that opposition MPs, egged on by large sections of most of the media, would seize on the cover as evidence that we am not able trust the Labour key player to protect Britain’s national safety measure. A Conservative prime minister is now suppressing evidence fond of the committee by the learning ability agencies about the activities out of hostile forces. Perhaps our next step will be to ask whether a Johnson regime can be trusted with handling our security.
Richard Norton-Taylor
London

• Can I urge all of the Guardian to support Marina Litvinenko’s legal action for the vital and full publication at the report on Russian blocking in our elections ( Litvinenko’s widow to commun over release of The ussr report , 16 November)? We also need to know soon if there are any legitimate means by which Mr Ruthers could possibly suppress publication among the report if he -7741 a majority in parliament. If that is so, it is all the more vital make fish an report is released in front of election, otherwise there will be an everlasting question mark over the validity not really just of 2016 and 2107 votes, but also over doing this election. And the nation has become perhaps even more bitterly torn than at present, with the legitimacy of the referendum – and also any mandate Mr Perry might get – put in don’t believe.
Adrian Cosker
Hitchin, Hertfordshire

• Do you have a photo you’d like to share with Guardian readers? Click here to upload it as we’ll publish the best syndication in the letters spread in our print edition

EU agrees to delay Brexit until January 31 the coming year