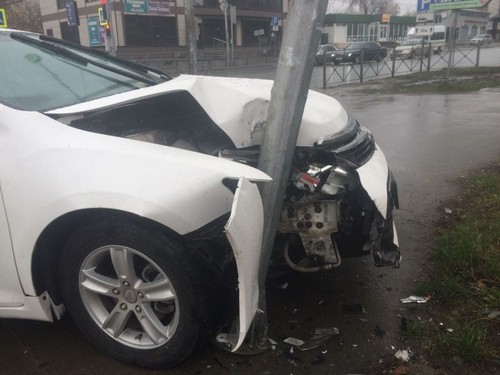 the accident occurred at 17:20

Tonight the Toyota Camry smashed into a curb due to careless behavior of the driver of the Hyundai Solaris.

As reported by emergency commissioners Avtospas Novosibirsk, the Toyota Camry was moving in the forward direction by Nikitina from the street of Kirov in the direction of Turgenev.

“Hyundai Solaris in the opposite direction, turned left in the street Griboedov. When rotation is not convinced of the safety and created an emergency situation at the crossroads,” says Avtospas.

Despite the fact that the touch between the cars was not followed, the Toyota Camry smashed into a curb and damaged two wheels and crashed into a traffic light.

We will remind, tonight on Red Avenue in the collision between the Audi and Nissan. Road accident has done without victims. 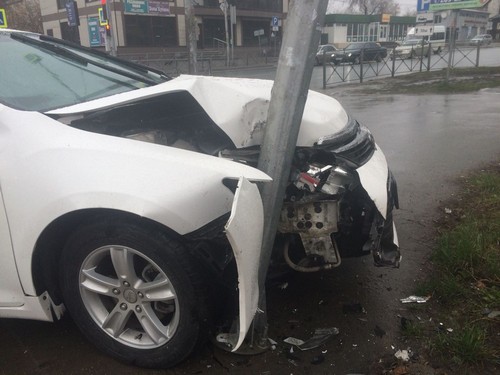 Workers removed a boulder that got out of the road