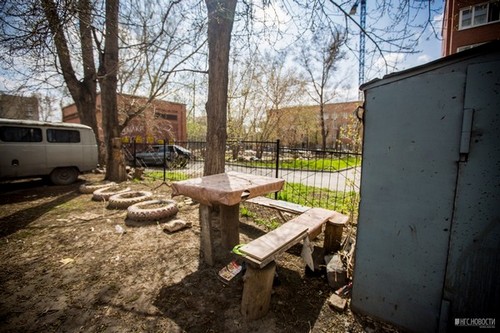 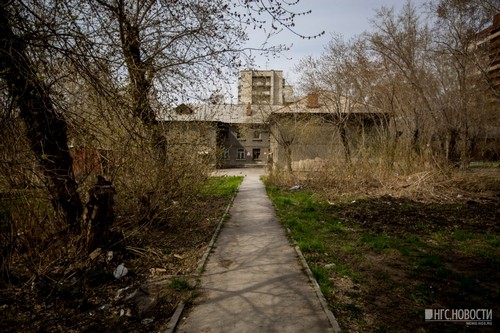 In early may, city hall sold at auction quarter with barracks in the neighborhood “television station”: a right to build new housing on the site of 7 houses of different degree of decay in 15,83 million rubles was granted to the company “Comfort house”, which belongs to the group “Builder”.

The quarter goes from the auction is not the first time, but the previous developer, the Altai, “daughter of” capital group “Partner”, for it never did. However, local residents are quite actively opposed the development, instead of the allowable 12 thousand “squares” a new home here was proposed to build a 32 thousand.

Now slowly dismantled house No. 1, then take over the neighboring house № 3 – from here go people

In recent years, from quarter lost three at home, one in the 4th lane Serafimovicha, 1, lost behind a metal fence without a roof and with open Windows without glass, through which visible Wallpaper in the flower and the collapsed ceiling. To the next scheduled for settlement towards the end of next year the house on Serafimovicha, 16 rolls car: strong guys in the saloon interests, who are engaged in demolition: Board, say good.

Tamara Borisovna remembers the demolition of one of the neighboring houses: “Generally not very nice to watch: like, only was needed by someone, and so carelessly”

The inhabitant of the house № 16 Tamara Borisovna says that all the houses in the block, but their corner, the demolition of city hall: “She has documents he took from the residents”. Demolished long this time, she laments.

– This house for a month or more as Russell, – remembers the old woman. – Everything Mary went, she scolded that pigeons fed – a lot of them are divorced. She keys “Novomarusino” go: come out, bought cereal at the store and fed. So they knew, saw, seen.

In place of the demolished wooden huts are now vacant lots, open cellars and heaps of earth and debris

This card literally the day the house was gone No. 18, came an excavator and knocked down all in the morning and already the house in which lived for decades, several families were flat ground.

Piles of debris and excavated area with dips cellars remained in place a few houses near the school № 94 construction SK “Comfort” Serafimovich 10, which on the map is marked unfinished. Next to the fence gaping empty Windows, another settled the barracks.

Bald spots, which recently stood at home, meet in a “Telecentre” is increasingly

Gradually emptying the house in the 3rd lane Serafimovicha, in March the mayor announced the withdrawal of emergency apartments in the houses No. 10 and 12. The whole block, which also includes the wooden barracks lane No. 14 and 16 and the house on Vertkovskaya, 32, in 2016, the company bought the “Trestmontazhstroy” – then the area cost the developer at 46.2 million.

The inhabitant of the house № 14 Irina Usacheva said that his do not intend to demolish.

We to anybody do not apply: as we said, privatized land, and all apartments in Municipale. We would like in city hall, not city hall – we are nowhere, – resents it. – Here we pay for the apartment: through ATM score address not – we do not exist, no alleys here.

Emergency house sagged noticeably, from the walls of apartments in porches fall out whole chunks, just in case he decides to change the Wallpaper and pick off the old, – and indeed the whole construction of the wooden house rests on a stone oven, which is also about to collapse. “Do not touch, because they are afraid to touch,” commented the residents.

– I children are not allowed on the toilet, afraid that the neighbors we fail. “Endure and wait” – the whole answer to the administration. My kids ask, “Grandma, when my garbage go?”. And I don’t know – shrugs Irina Usacheva.

“We are here, as you say, we live together,” says Sergei, one minute before expelling his girlfriend with the phrase “Go away, f***ing!”

Came to the girl some, well, “Burda moden” direct, said that they need a war to remove on our porch – adds with a laugh resting in a chair at the entrance to Sergei.

The Director of “Trestmontazhstroy” Alexey Sekitou in conversation with the correspondent NGS from any comments have refused: as belonging to a collapsing house repurchased by the territory and plans for development and timing.

“Television station” has no clear boundaries – such a neighborhood, for example, in the directory 2GIS does not exist. At that, he – as a reduced copy of Novosibirsk. Here a wooden hut, near the fence and under protection is a relatively new and obviously expensive brick building with an unusual triangular Bay Windows. Here is a wasteland, and beside him is a sturdy brick “brick,” with stucco cornices for the factory elite. A number of Khrushchev and sockets, across the private sector. Above it all stands the only 25-storey building LCD “Axiom”, which last year built the same group “Builder”. However, soon it will be added another: in the same block of high-rise building “Biznesstroy”.

Residents of new homes on the “Telecentre” try not to walk, preferring the Glory Monument or Garden of Kirov, – dirty

Until relatively recently, barrack-quarters were considered a dangerous place to walk – especially closer to the intersection of Kostycheva and Vertkovskaya.

– A lot of crime here was murder and it was in the 80s here all about it… And now who moved, who tied. Addicts are now present. In 2009, there was terror. Direct piles went, because there the point was. Them all to jail and all. Myself I’m not gonna lie: in 2010, too, for anything planted in 2012 came out – no no! – laughing Sergey.

In addition to wooden barracks for the factory workers in the district were built cinder block houses for those of higher rank, and brick “Stalinka” – for the “elite”

Closer to the square of Marx was quieter here, said not wished to be presented the resident of the house on Serafimovicha, 15, lived captive and deported from the Volga region Germans.

– Here stood the barracks, then the Germans lived, which moved during the war, a woman shows on the 16-storey house on the Steppe, 6. The Germans had they worked in factories. They are very friendly, they have families are strong, and we have to respect them, because they were great workers. Our a little bit lazy, but they worked. And old people, grandmothers, even the bad spoke in Russian, spoke German. <…> We have an in house decent family was, the woman raised three children, and the children were so honest to her all the entrance keys left. She even cloves were stuffed, and she knew where a key.

Place the barracks for several decades, trying to take a new home, but the force is unequal

Conflicts with the residents of the barracks, she says, those who live in newer houses, there never was. While her neighbor Alex admitted that he transferred the child to another school, fearing attacks from children living in the old quarters, and the resident of the house on Serafimovicha, 26/1 Sergey added:

– We know that is not quite all right, so try this: the children are walking – and we walk.

The settlement residents are wary of the neighbors, although conflict, they admit, was not

Irina Usacheva said that in new homes the residents of the barracks, many of which are generations live in them without the possibility to sell the old homes and move, misfits.

– I’m not going to lie. When not yet fully fence was surrounded by the new courts, my grandmother went there, she said, “Go away, you alien”.

However, to move to new homes “Novomarusino” or “Spacious” many would not like. Teletsentr still, the place is very comfortable and lived: up to the underground 10 minutes walk, there are small shops and shopping centres, a cinema, kindergartens and schools, and work on the part of local residents is also close by. The area has its own charm: cozy green courtyards (many of them cared), sudchemie at the entrances of grandmothers, basking in the sun cats.

Here in the village, fresh air. In the centre there is no! smile, says the resident of the house in the 2nd lane Rimsky-Korsakov.

If not for the quality of the majority of houses, “the television station” would be one of the most comfortable neighborhoods

The grounds are very attractive – this has been acknowledged by the developers. A long time on her “beat” who died last year, head GK “the Union” Alexander Mikhailov. Local residents remember him fondly (from a resident they built a house on Serafimovicha, 15 at the mention of him on the eyes even filled with tears: “We so respected, a wonderful man”) and his praise of the house. Now, although the barracks from the map disappear faster construction less.

SKY Group CEO Vladimir Litvinov, engaged in the resettlement of barracks in the district of Stanislavsky, said that “the television centre” “ruined”.

In the “television station” has its own charm and comfort – and the air is cleaner, assure local

Architect Igor Popovski said that to solve the problem only the General plan or the draft development plan of the area impossible.

Is not included in the competence of the General plan of the city, it is in the remit of land use and land management and surveying crosses those boundaries that were in Soviet times. In Soviet times, the land passed as a hit, because the land was General and at all one, – explains the architect.

The neighborhood can be made comfortable for residents, but these need to be addressed seriously and comprehensively

In his opinion, to Novosibirsk it’s time to order the projects in the renovation programme in Moscow, which comprehensively solve a lot of issues over large areas, from land use to the appearance of the building. But this requires tough stance of city hall – even more than just funding.

– You can make a good environment even with what we have. But it must be done professionally, – stressed Popovski.

Photos of the abandoned residential district of Novosibirsk – he scares the townspeople and attracts stalkers. 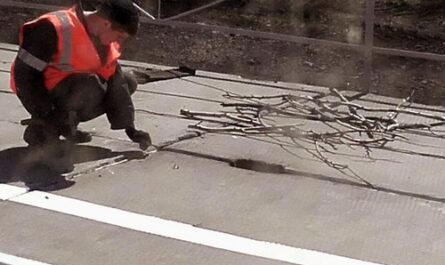 “My wife said – it is unlikely this night will survive”