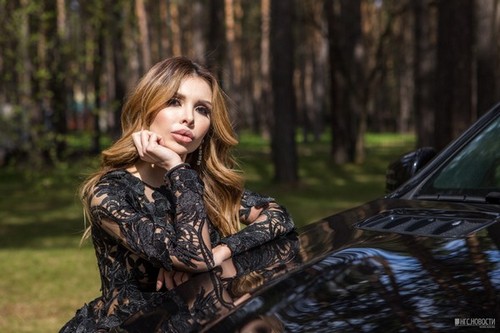 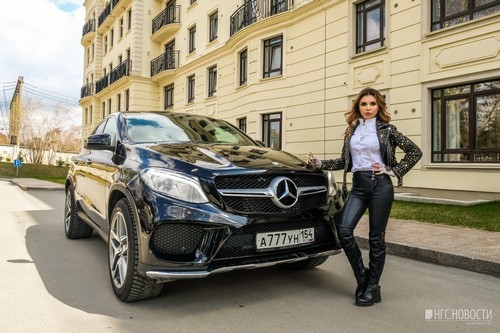 Actually, the car I chose as girl on the exterior, likes/dislikes. In my list there were several large SUVs with premium, but Mercedes all matched – “quality/price/want/black”. In General, the car, of course, very nice – quite comfortable suspension, roomy, maneuverable. There is a sports mode and a host of useful and useless features.

I needed a handsome Executive car in the latter body, because we have to dress to impress, also wanted a toy for fun. In terms of reliability I can’t say the car I bought recently, it is out of warranty. Maintenance, of course, it’s expensive, but it’s worth it.

To Mercedes I had Infinity is a fairly reliable and budget for the car, but in Russia, particularly in Novosibirsk, from cars premium need to get rid of 100-120 thousand miles, since then spilling everything. And you begin to understand – what a knock what do you mean, what is doing better electrician, and what is this type of engines, who specializiruetsya on your brand of car and, most importantly, how much it all costs – original/take/work, etc.

New car – of course, it’s a thrill, a pleasure. Led I love. On the road is inferior to almost everything. I ride fairly aggressive, man-to-man, both in principle and conduct their business. Often, especially in summer, start a “fun run” with traffic lights, clinging. And I, unfortunately, often leads to the provocation.

Come and get acquainted very often. The amazing thing is that not all the girls are conducted on beautiful cars as men. What is the logic difficult to understand, and suddenly the husband or the parents of such a car is bought. But no – the machine is too expensive, so this girl in any popular.

The difference of the risk, of course, striking as soon as I move to his other car, “Toyota Camry” or “Jeep Grand Cherokee”, which is much cheaper than Mercedes. Are different – more negative: because we love to hang the “tag” information about the methods of production of such vehicles. And the plate I, unfortunately, will not be hanged, “She has earned her”, “No credit.” First, it was a shame, and now indifferent. Men, by the way, react more positively than girls.

Actually, the car I wanted since childhood – more like cars than dolls. Dad began to accustom to a car from the age of six – first steer on his knees, then, in school, went to the cottages on the “nine”. The first car I bought after uni, working – it was a “Toyota Vitz”. Odjezdu chick “Vitka” emerald green less than a year, I vowed not to buy more little feminine cars.

Now a large part of my day on wheels, a day for 4-5 hours minimum. As they say – as stamped and burst. The car has everything you need – a blanket, pillow, Packed Lunches, warm clothes. Due to irregular working hours often don’t get enough sleep, so sometimes have to fill up the car.

The situation with the roads we have in the city, especially this spring, depressing. I have the feeling that the city was mercilessly bombed. Sorry for the new low-profile tires and wheels, sorry racks – each hole like a sickle. This year I started to build routes of their movements, not by distance or busy roads and their condition. Another annoying lack of Parking spaces in the center. Let had to pay – but it is much cheaper than to get a swallow of shtrafstoyanka captivity.

I’m a visual learner, I love beautiful fancy cars. Now engaged in the tuning of the Mercedes is doing antirom, exhaust, black wheels – to be a real “Batmobile”. Thinking to install the exhaust and tighten the car in the film.

Like many, I go to the gym, because a person should be beautiful – it’s not even a fad, but the norm. Invent clothing as it is very difficult for me to find something because of the physique. Like to be photographed, money, this, however, I don’t have that brings pure pleasure.

Love repair – paint projects, choose materials, to control the process, to watch my ideas come true. Generally, I like to take on something new, unknown, unusual is exercise for the brain, is the youth thinking, moving forward!

The NGS portal.CARS looking for beautiful girls to fotoraboti “girl of the month”.

Write with photo to mail auto-news@office.ngs.ru.

College student stabbed a classmate in the classroom and committed suicide