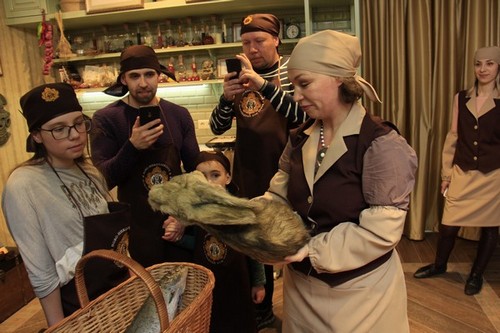 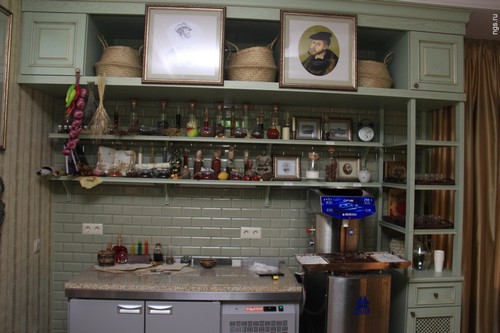 Long sign “novonikolaevskiy chocolate house Brill” on the corner of Kamenskaya and schetinkin appeared in March. The only door leads into a small room, where the shelves are lined with chocolate bears, pianos and even handbags, on the counter – rows of candy and chocolate bars. Place for such places may seem strange – here are a few pedestrians all the main life goes a little farther, on the Red prospectus. However, the store is only a small part of the “Chocolate house”. Behind the wall is a spacious workshop where, in fact, done everything put on the shelves.

“Chocolate house Brill” is the first in Novosibirsk attempt to make a complete chocolate Atelier, which has been around in France or Belgium.

That is the room where chocolate (and desserts based on it) make on-site in small batches, so right there and sell.

Such an enterprise, of course, could not do without a beautiful story. Director and principal chocolatiers (specialist chocolate) Amy Brill (passport she has a different last name) tells a fascinating story about the dynasty of Bril. What’s true and what’s not, today already not easy to understand, but according to corporate legend, Swiss confectioner Peter Brill arrived in Russia in the mid XIX century. The grandson of Peter Gregory moved to Novo-Nikolaevsk in 1916 and opened a chocolate shop. However, after the revolution in the chocolate business had to turn to the end of his life grandfather worked as an accountant.

Tatyana received a medical education and became interested in chocolate, having already obtained a diploma. Partly there was the desire to continue almost lost the family tradition, partly a natural interest in tasty and interesting activities. The first handmade chocolate girl tried in Moscow and since then, she said, are products of the big factories can’t.

Tatiana learned a new craft, first in Russia, then went to training in Europe. Now she has developed recipes for about 200 types of candies and other desserts. Some of them she invented herself, a part found in the family archives and has adapted to the modern ingredients.

Workshop on the corner

All the candy tiles and chocolate figurines, which are sold in the shop are made here, behind the wall.

Heart “Chocolate house” – a small workshop, all production is concentrated here. On the shelves lined with boxes of dried berries, thin beans, nutmeg and other things that turn chocolate-based candies with many different fillings and additives. Tatiana says that she now has about 200 recipes of waste, but to produce only a tenth of them.

The upper part of the future of candy

Tatyana admits that “Chocolate house” is not taken until after a full cycle. That is actually the base of a chocolate – company buys pellets, which let businesses, processing cocoa beans. The organization of such production is very expensive and without serious amounts of such investments are simply meaningless, says Tatiana Brill

Ready “industrial” chocolate, however, is different. Tatiana shows several boxes, which are chocolate granules. “This, in French, costs about 900 rubles per kilogram, and this Belgian – a little more than 500. This is not the limit. The most expensive Swiss basic chocolate – can do and does 1200-1400 rubles. You can, however, save your money and buy 300 Russian rubles. Apparently these granules differ only in size and shape. But it is worth putting in your mouth, as you know: that expensive, really tasty, thinner”.

Equipment in the shop a little: a pair of tempering machines (they reheat chocolate to the desired temperature and maintain it, so that it can be cast any shape), some refrigerators, food processor Kitchen Aid and oven. Most operations are performed manually. This, of course, slows down the process, but hurry up “Brill” yet nowhere in particular.

Dried strawberries, which is used for stuffing some candy

According to Tatiana, the room which houses the company repurchased a property. So immediately necessary, with the wheels out on some serious sales to get out of an operational disadvantage, yet. “Now the main thing – the quality, reputation,” she says.

To afford such a position, however, only in the purchase of the premises need to invest serious amounts of money. Managing partner at Nazarov & Partners Alexander Nazarov considers that such a building could hardly have cost less than 20 million Sources of financing of the project Tatyana calls.

“The grandmother comes for one candy”

In the store room

Candy are in the “Chocolate house” 50-60 rubles apiece. Tatiana Brill acknowledged that it is expensive, but insists that given the cost of raw materials and the production margin is small. Approximately the same cost candy in pastry shops or coffee shops.

The first month of operation found that non-mass products there is a demand, though of course the queues in the store unnoticed. “Works mostly as word of mouth – when people come for advice,” says Brill.

The biggest demand is for chocolates with the types of Novosibirsk

While a significant proportion of orders are for corporate customers who want to prepare gifts for customers, partners or employees. Good chocolate is a substance of plastic, it is possible to pour the product in any shape. Such customers are willing to buy chocolates from Novosibirsk.

Tatyana admits that the decision on the first purchase until the form is more important than content. However, notes that buyers come back because they liked the taste.

“We have a grandmother who comes almost every day, buys only one candy. Sometimes it is a Cup of coffee. Eats and leaves. And that’s fine, good chocolate can be a little”, – says Tatiana.

As an additional channel for attracting buyers in the “Chocolate house” is used tours, which are played real performances

“Chocolate house” is trying to hook potential buyers through the children. Immediately behind the store is organized a kind of show-room – room with old photos, dolls, bottles, and equipment on which visitors can demonstrate the process of chocolate production. The room is mostly empty – the day comes only one or two trips. But Tatiana says that in this direction until recently, just as there was no one to attend to.

Some chocolate shapes local consumers is not surprising

“Chocolate house” – not the first company that trying to establish in Novosibirsk the production of unusual chocolate. The largest project of its kind – is Berd enterprise, established in the mid-2000s. At the peak of its development “Champs chocolate factory” had dozens of sales points throughout Siberia. However, her fame brought not so much the quality of the chocolate as the form in which it was cast. So the factory has released a whole line of chocolate phalluses of different colors and set of chocolates with bas-reliefs of the “Kama Sutra”. Bold marketing moves, however, the company is not saved, in 2015, the factory went bankrupt and on its fragments arose a new company, which now operates under the brand “Chocolate tree”. According to the company website, the enterprise has six shops in Novosibirsk and four outside the Novosibirsk region.

Handmade chocolates can now be found in Novosibirsk confectionery, where they are one of the types of desserts.

The head of the restaurant complex “La Maison” (includes confectionery) Elena Alferova says that “craft” chocolate manufacture – the idea is expensive, troublesome and does not promise quick return on investment. Everything else such products require special storage conditions, the violation of which can lead to the fact that the whole lot will have to reject, said Alferov. The location of the shop “Chocolate at home” also raises questions as pedestrians in this place a little and even automobile traffic is relatively small, the expert believes. 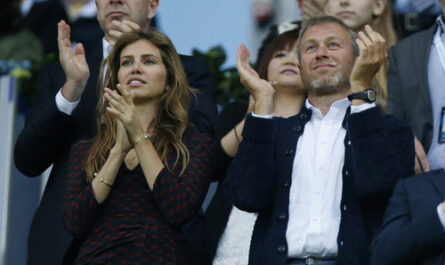 “The demon of panic,” the report Said

Novosibirets bought the kitchen for a quarter of a million. It was cracked

Lost half an hour: Sinapovska bridge machine got stuck in traffic because of an accident