25-year-old Ale intercession writes songs and wants to record another album. Four years ago Ale has finished faculty of journalism of NSU – she was healthy and was making plans where to go to live and work after graduation. For the first time the disease manifested itself in December 2013, Ales was bad to see his right eye.

Soon, her eyesight returned, then the student blamed it on the stress and fatigue of the session, and six months later she got worse.

“In may 2014 I have a numb left leg, I decided that lain, not sleeping. Then he began to deteriorate further: numb left arm and left side of the head. Classmate Askar said that this numbness happens before a stroke, and insisted I went to the hospital. I went to the CCB Pirogov. They told me that maybe it’s multiple sclerosis. Then I laughed and said that from memory I’m fine,” – says Ales, the first time I went to a neurologist.

The student was put in the hospital to relieve hormones numbness. Yet the drip, the doctors tried to reassure Ale that, most likely, the girl just emotionalism, she was very upset because of the study, and the probability that it really is multiple sclerosis, a very small one, – a girl believe in the best until the last. But on MRI, the experts found in her head 15 foci of disease.

“I was just confused. Was lesions, which accumulated the contrast, and which are not, means that they were formed at different times, is 100% multiple sclerosis. After the MRI was so upset he went to his Dorm, not the hospital, although I haven’t been discharged. It was very bad: I didn’t feel anything left, after this diagnosis I just wanted to be in my room” – shares memories girl. Doctors diagnosed her with relapsing-remitting multiple sclerosis – the immune system destroys the myelin sheath of the brain and the exacerbation and remission come in waves. As she says Ale, for unknown reasons, her immune system started to work against his own brain.

A few days after confirmation of the diagnosis of Ales defended two degrees – in journalism and in courses of further education. Teachers the Commission did not yet know what happened to the student from last week: Ale ashamed to tell the faculty about their problems.

“I’m a little stutter at the physiological level. Then I came out, words could not say, I put four instead of five. How would I say? “Hello, I multiple sclerosis recently put the”?” – she explains. First girl was treated at the Novosibirsk center of multiple sclerosis, and after went to Angarsk to parents. She soon decided that, despite his illness, will go to Moscow to develop a career in music.

Music and songs gave her the confidence that everything will work out, says Ale intercession

Most importantly, it takes the disease in Ali, is the ability to play the guitar and piano and to study music. When numb right hand to the girl it became difficult to play instruments – the hand was not so clever. Just for the sake of music three years later, Ale decided to speak publicly about my trouble. As she says Ale, the choice was obvious: on the scales was the music and the fear of asking for help from people.

“The collection was all of a sudden. Each Askar submitted a story Elena V. (Klimova, teacher of NSU. – D. Y.). Remember, woke up to an SMS that I sent a thousand rubles, and wrote: “El, VF with you. All will be well.” For all the time we have gathered since December, about 1.3 million. Thought it would be a year or two to save a million and we have collected over a month and a half. I didn’t expect – it was the New year, it seemed the real miracle,” she says.

Classmate Ali, Irina Sokolova, then wrote the graduate of NSU Anna Abatino, who now lives in Moscow together, the girls came up with the idea of the film, and Anna, along with colleagues started shooting.

“Small room, wooden floors, simple decoration, old repair – the environment in which Ale lives, just before the lump in her throat startled us. Herself an Ale, she’s extraordinary. She just can’t get sick and live. We talked a lot initially about how Ale got sick. About how he writes music at night under the disturbance of neighbors behind a thin wall. About how hard it is to get some help if you’re able to walk and talk, and not confined to bed,” says Anna.

As explained by Ale free so ill give only PITRS, but their efficiency is only about 30%. Imported products replace Russian counterparts, but they have stronger side effects. From cheap ones often fever, chills, headache, body bruises, hair falls out, spilling acne. To late to cure the disease is impossible, but to slow disease progression, Ele suggested that chemotherapy in combination with stem cell treatment or a course of drugs with the active substance alemtuzumab – El chose the second option.

However, it appeared that such treatment is not included in the list of medical services stipulated by mandatory insurance – patients pay for it themselves.

The drug alemtuzumab, which is now registered in Russia as a cure for multiple sclerosis, is 5 million rubles, and the drug with the same active substance cost of 1.5 million to find and buy significantly more difficult due to bureaucratic formalities. Ale through a friend found a specialist who helped her to get a cheaper cure – now she’s completed the first course, and again the right hand is more mobile.

“If I quit playing altogether, I did not succeed. When you, despite everything, trying to stir up hand, a pulse that went somewhere. It is important not to dwell. Any disease depends on their emotional state. I pulled the music and the desire to continue to write songs. The most important medicine for any disease – not to quit his job, live something other than disease, not to disease in the heart”, says Ales.

The boy-the Phoenix: due to a rare disease the body of a teenager suddenly starts to burn – his mother had to sue the government for the free drug. 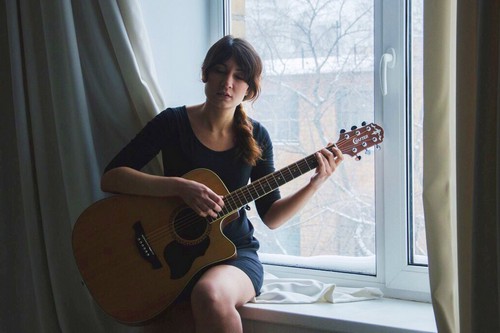 What can we expect in may: a resort fee in the Altai, the new minimum wage and mandatory visits to police

Photo: a piece of glass fell from the second floor in the lobby the sun city