The specialists of the auction company evaluated the cars according to 500 parameters, each copy received points (from 0 to 5) in the categories “Body”, “Salon”, “Technical condition” and “Associated factors”. The ideal variant could have scored 20 points in total.

In the segment of inexpensive sedans, cars costing up to 500,000 rubles were considered. The leader here was the Korean Hyundai Solaris (first generation restyling), it scored 12.52 points. The condition of these cars on the secondary side is not bad – there are no problems with the main units, with the body, and the interior is in fair condition.

The main competitor of Solaris in the B-class – the German Volkswagen Polo – is in third place with 12.04 points. In the tail of the list were such inexpensive models as Datsun on-DO (11.27 points) and Renault LOGAN (restyling of the first generation, 11.2 points) – they are already sold in a rather neglected state, the technical condition score does not exceed 4 points. body by 3 points.

In the segment of sedans costing from 500,000 to 1,000,000 rubles, the general condition of all cars is slightly better than that of budget cars – by about half a point. Here the German Volkswagen Jetta is in the lead with 13.06 points. He even has a body condition, the weakest point, close to the “four” – 3.83 points.

Famous for their reliability, the “Japanese” take places only from the fourth and below. The 11th generation Toyota Corolla scored 12.56 points, while the 50th Toyota Camry was only in 10th place with 12.2 points. At the very end of the rating are premium Germans: Mercedes-Benz C-classe in the back of W204 (scored 12.17 points) and the fourth generation Audi A6 (11.77 points). These cars are already showing distinct problems with the condition of the interior and body. 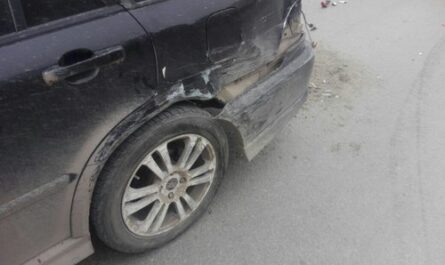 “The grayness of Novosibirsk kills”