The hotel has 93 rooms and, according to 2GIS, was 61 organization. There are companies, which logically combine well with the hotel – for example, a travel company; and there are those who are not – for example, beauty salons, hair removal. According to the Deputy Director of the hotel “Central” Tatiana Rakoed’, tenants are largely represented from the service sector – is largely aimed at guests.

“Around the world developing hotel business: not only accommodated the human, but trying to create it a more comfortable stay in the hotel and most of all to him to bring. He somewhere held back and may bring the beauty and other things to work out. We have tickets available for purchase, and a massage to go and repair the gadgets, and to do all that concerns beauty – pedicure, manicure, eyebrows, eyelashes, hair. A range of tenants just is in synergy with the hotel, so we are well sosedstvuet,” she adds.

Agree with the owner of the store for confectioners Victoria Isaeva: she believes that the residents of the hotel must be good here because of the abundance of different tenants, although to her they do not go. A couple of times by clients, Victoria became tourists staying in “Central” – they are very happy, because in their cities, generally there are no such shops. The owner of a beauty salon “Academy of style” Evgeny Ponomarev said that the tourists just come in their customers rarely, because without a record hard to get and the salon is not designed for people that came by accident.

One of the organizations which are turning the inhabitants of the hotel in most cases is the Bureau of tourism and excursions “Wind of change”. Its Director, Maria Efimova says that for them the cooperation with the hotel very convenient: help each other with customers. Often in a hotel populated by large groups, especially children, as their office just specializiruetsya including interactive tours for children.

Tenants note that customers, of course, affects the adjacent offices and rooms. “At first I wondered too, and then used. My neighbors – offices, therefore, not interfere with each other. Customers of the store, surprised, of course. Someone already familiar there are other offices here, they attend, but who the first time comes in and asks the most popular question: “How to find you?”. It’s not a business center, so new that the store does not have a separate exit,” explains Victoria Isaeva.

Colorist beauty salon “Academy of style” Ekaterina Malinin confirms that especially astonished those who come into this building for the first time: “are you Surprised that there are still people stop. It happens that in the morning, go to work, and you meet the man some shales. A wonder atmosphere – you have to tell them that in two years, in fact, a lot here has changed.”

In addition to housekeeping, on the way to the offices you can see the hotel

About the meetings with people in towels office workers talk in different ways. Colleague Ekaterina Malinina Evgeny Ponomarev adds: “it is Very interesting when you see people in scrubs or sweatpants, bare-chested – that was unexpected”. Victoria Isaeva often not in contact with the residents of the hotel, remembers only that there were large races, such as groups of child athletes, but on her job. The staff of the Bureau “Wind of change” also did not observe residents during the working day, only if delayed. Apparently, it depends on the floor, which is the company and the circumstances.

In General, tenants unanimously say that the work in the building they like. First attracted by the location and small for city centre rental fee: it depends on the floor, but the average is around 600-700 rubles per square meter. As a rule, rooms, shops office, small – once they were ordinary numbers. But, according to business owners – all. She is among those who want to place their sign outside the building near the front door.

Victoria Isaeva took in the hotel room in September 2017, and in October opened a store with an area of 12 square meters. She considers herself lucky, because this room was filming “a neat young man”, which was two rooms divided by plasterboard walls.

Victoria Isaeva she was a home Baker, so I opened the shop specifically for this audience

“Can’t imagine how could such a small room divided in half. On request to my-in the wall had been removed. Almost nothing had to do: floor and ceiling in good condition, the walls had white Wallpaper that we painted. The sink was new. Only, perhaps, than I am dissatisfied, – wooden box, but it’s such an old school. I had to remember how to seal the Windows. All a bit old school, but I like this style, so I’m happy” – describes Victoria.

Space for all is not enough, but at first the room seemed a Paradise, because before that the Wiki was online store and stock the house. She wants to move as soon as inside the hotel freed more room. In addition, plans to make a kids corner in the store with a larger area where there would be toys in the form of various confectionary products.

From this building do not want to leave because Vick sees it as a fun hostel. “I have a lot of friends here rented offices – there are florists and decorators. We go to each other’s homes. I’m absolutely stuck here and don’t want to leave. Don’t even know if he gets another option, agree with it or not. Here nearby there is a “Golden spike”, which is also all old-school. But I never even went there and looked in there room,” she explains.

Vick notes that the hotel has progress – gradually make repairs. Like other tenants, she mentions removed the red carpet, although, according to her, they even liked it.

Evgeny Ponomarev said that she was not very happy because these tracks were replaced by gray carpet: “I think that they have to focus on the Soviet era, to emphasize the authenticity. Under Marriott won’t be able to make this accommodation, then why decanters have not put”.

Evgeniya Ponomareva happy with the location of the hotel, because near the hotel there are various catering establishments, a cinema and a Park

Her salon is “Academy of style” has moved to the hotel two years ago. Earlier in this room was a pantry, but when I came, it was used as a warehouse, so the cabin is quite spacious, about 30 square meters. Similar areas with the largest area – about two to the floor. The repair was done for yourself, had to remove the stucco, which was a lot, but still a part of her remained.

Eugene arranges the rent and the location: “it seems to Me that this is the most fashionable street, where there are urban trends. Here, everything is always so beautiful. I’m geographically in different places of work is my favorite. There is always somewhere to go for lunch, morning coffee and walk to the first square. I’d like to stay here. Of course, we have plans to take over the world or at least a little of this accommodation”.

According to employees of “Academy of style”, they removed a third of the molding in your room

In addition, she likes that the landlords responsible. For example, if you plan off the hot water, they are warned in advance. To the question about the shortcomings of the girl answers: “I can’t make those claims that can make people. It’s the same if you go to relax cheaply and at the same time ask why there is no limo and why Philip does not sing to us for Breakfast. All in proportion”.

Excursions from the hotel

Proportionality evaluate and the tour Desk the “Wind of change”. They are in the building for the third year. Previously he was a resident of the business incubator on the Esenina, that is, the rent is not paid, and then sought an inexpensive option and found the proposal “Central”. For the office on the second floor they pay 7200 rubles. But as has become four people in such a small room, moved to the third floor, where a little more space.

“Wind of change” did for the kids a tour with a dive on May 9, they went to form, bandaged soldiers, wrote letters to the front and eat cereal

Alena Mishkin marketer and Internet marketer Halyna Morenko tell that their activities matter the location, because many trips start from the center.

Soviet canteen with a theatrical atmosphere

Individual entrepreneur Daniel Fomichev opened in this building canteen: first, on the third floor, and then moved to the second, because the hotel provided the room a little more. It go office workers, residents and visitors.

The buffet is divided into two areas, the total number of seats – 12

“Are we good? No need to go anywhere. Especially nice in the winter, in bad weather. We have the street of the guests a little, but still they come. Here is inexpensive and the quality is very good. There is production, where everything is prepared and brought here,” explains Daniel.

He has long developed the menu, given the experience in different institutions, and made the concept of the classic buffet of the Soviet period. This took into account the modern needs of their guests. The Soviet dishes – sausages with green peas, egg mayonnaise with green peas. There are salads “Ministerial”, “Capital”, “Mimosa”. Canteen seats about 12 people.

“We sometimes do not chase, we’re chasing the atmosphere that the guests were comfortable and delicious. The concept was developed, satisfied visitors. It’s a buffet, but not any of the shovels of the ancient plan, you see – here academic theatre atmosphere,” said the deli owner.

And the hotel, in his opinion, is not quite the concept: “Whether it is in the concept of the Soviet era, she would have earned a lot of money. The problem with many establishments in our city – not all conceptual thought: it seems that the interior is done, but the staff, menu and atmosphere is all sad.”

For the owner, it was important to think through the concept of the classic buffet of the Soviet period

Tatiana Rakoed ‘ reported that in the hotel they leave Soviet style: “Doors and cabinets that were made in the Soviet Union, we are restoring, fixing up, but overall the furniture is all impossible to keep, need modern. Cosmetic repairs we do are constantly supported by the number of rooms. He’s in unstoppable mode. It’s the operation of the premises: so many people is, if the average stay by two days”, – says Tatiana.

Display new rooms for offices, the hotel administration has no plans, because everything was formed, says Tatiana Rakoed’, – “and eat and relax, and bring the beauty”.

Hotel administration said that the repair they are in unstoppable mode

Young businessmen turned the building in Central business communal – without water, but with the crowds of customers. 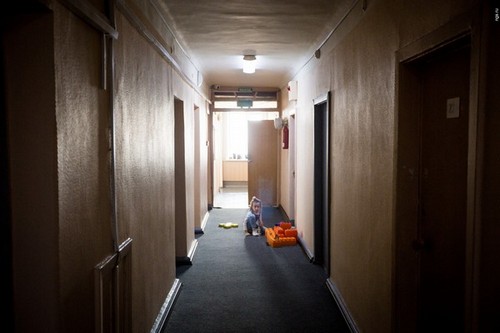 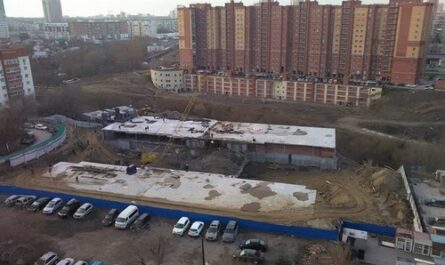 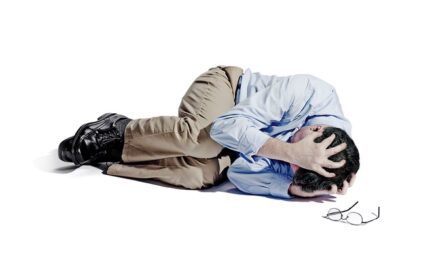