Dmitry Fedorov and Ivan Krivoshapkin friends since the first grade and in the school came up with business ideas. “Of course, more self-indulgence, but nevertheless it was news for the school newspaper, “Yar” (school № 42, now gymnasium № 1. – M. T.).

Did the Fund MMM – collected the money from students, but then, by the way, everyone made it back, unlike the well-known founder of the pyramid.

When we grew up and our lives went in mobiles, tried to work in the field. And when more grown up, started trading of PVC tiles”, – says Dmitry.

They built a dealer network, opened retail stores, so gradually got a foothold on the market of finishing materials.

First, entrepreneurs have created a company Decorroom, and then ID Wall

“Once we came to the exhibition in Moscow, saw the Swedish Wallpaper and thought why not to do in Novosibirsk the shop with them – monobrend. The Swedes are good marketers, so came up with the concept, the likes of which was not. Brand equipment, racks, panoramic mirror. First located in a major shopping center,” describes the opening of the first draft Fedorov.

The company exists since 2007 and continues to develop, but having worked in this area, talking with designers visiting the exhibition Heimtextil, businessmen understand, what they lack, and decided in 2014 to open a company ID Wall, which deals with individual Wallpapers of any size and pattern under the order.

“Hewlett Packard invited us to use a new technology of latex printing, which meets all the standards of sustainability and our vision areas of design. Wall ID stands for “individual design of the wall,” but we always joke that this is “Ivan, Dima and the wall” is an internal name,” laughs one of the founders of the business.

The company name stands for “individual design wall”, but the unofficial version – “Ivan, Dima and the wall”

At the outset, they took equipment leasing – about 6 million rubles. Two years later all was revealed. But always requires additional attachments: reached a new momentum – need a new car, bought; only paid off, need another one and the first one broke, time to replace. In order for this to get, try monthly to maintain and increase turnover. Areas of responsibility Dmitri and Ivan don’t share so they always had each other to replace and go on vacation with family for a month.

In the state they are artist that can do an illustration based on sketches from a customer, or work with ready – to change color, something to finish and so on. The customer can use their own photos, images from directory ID or Wall drains. A Wallpaper printed according to customer’s dimensions, up to centimeters, which makes it easy to get around doors and Windows.

“We trade for many years, so knew the market. The main objective was to create an actual Wallpaper design. We began to create their collections and to work with the finished images. For example, you can choose a picture with the animal and understand that the doorway he cut off the head. We corrected it,” – says Dmitry.

The company currently has nine private collections. They are developed in conjunction with the creative Director of the company by Fyedor Buhtojarovu. For example, a collection of Panoramic allows you to seal all four walls continuously. Latest designed collection of – Mineral. Staff ID Wall went to the warehouse company, dealing with stones and slabs photographed by parts to achieve the best quality image and so that it can be placed on a wall three metres high.

“This collection was created on the basis of world tendencies: in the first place – eco-friendly materials. We are distinguished by the quality in which we conveyed the texture of the stone. The Europeans do not bother about it: took a picture, moved the image to the Wallpaper and everything, so upon close examination you can see PixelNet or shadows. Say: “See the picture as a whole.” We have people pedantic: if pasted these Wallpapers, I want to look like a real stone,” says one of the owners of the company.

For example, onyx, they are highlighted on the reverse side, to the stone looked nice and there was a feeling that the wall is lit from within.

“The stone itself is very fragile, so need to put a lot of effort to take him to the object. For example, on the 16th floor it through Windows with cranes deliver. It is expensive, so even if the designers want to use the stone, not always. Besides these stones, as a rule, cold to the touch, because of what they do not like, and with Wallpaper such there are no cons,” he adds.

Now they want to develop a new collection, unlike anything and anyone else. Planning to go with her to Frankfurt and put on a par with European manufacturers at Heimtextil, because in the last two years, about 10 companies were there.

Now manufacturers Wallpaper refuse of paper, so the company also uses the other material – interlining. Recently made your Wallpaper, which you can glue in wet areas, even in the showers, ID Wall waterproof. The basis of fiber – glass flake material, which is applied to the latex seal, and the top two layers, two special Italian lacquer. Analogues in Russia yet.

ID waterproof Wall is a Wallpaper that is not afraid of moisture, so they can be bonded even in the showers

“This know-how in our market. A couple of years ago we went to Bologna International exhibition of ceramics and bathroom furnishings Cersaie and noticed that in addition to porcelain tiles, ceramic tiles, the Italians propose to apply the bathroom Wallpaper. Met with them, found out how they do it, went to manufacturers of varnish and made such an analogue Wallpapers”, – says Dmitry.

From idea to realization a year has passed. Conducted different tests: for example, put mustard, ketchup, leave on for two to three weeks to dry properly, then otkalyvalis knife – no trace remains. So, say the manufacturers, the kitchen is also possible to use this product, moreover he is not afraid of Pets. These Wallpapers are pasted near the sink in the office: daily watered as experiment – and nothing, not even mold will not appear.

Wallpaper on non-woven substrate are 1,800 rubles per 1 sq. m; waterproof turnkey, no work on the installation (material and two-component varnish), – 4500. More sales, of course, in Novosibirsk, but the Wallpapers are ordered from different cities from Kaliningrad to Vladivostok. Started to receive interest from foreign countries.

Now production is about 100 sq. m. per month print 2 thousand square metres of Wallpaper and within a short period of time to reach the level of 3 thousand. In order to increase production, you need another room, said Dmitry. And to put the car, which is more available three times: then it will be necessary either to expand the leased premises, or to build their own. They aspire to, but everything will depend on the economic situation. 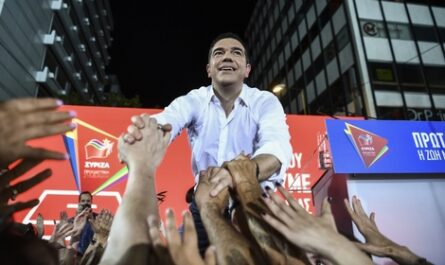 “Kruzak” half a million cheaper 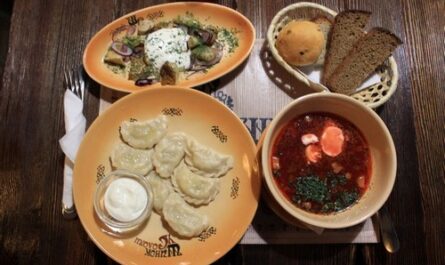 In Novosibirsk has risen in price Lunches in bars and restaurants