Siberian has started to recover after a complicated operation

Vladimir Maliwan wounded 20 years ago in the side just above the right hip. The circumstances of the injured 41-year-old Siberian does not want to remember – says it’s “a nasty story”.

According to Malewana he did after the injury five operations – buckshot shot him in the internal organs, and six fragments still remain in the bones of the pelvis. After that, he felt quite normal, although about 10 years ago went on disability, said the Siberian.

“I felt fine, worked well. And the last probably six months I was getting worse and worse.

Before I could walk normally and then walk 100-150 meters – we had to rely on, otherwise I could fall. I gasped, heart jumped out, leg was paralyzed,” he told NHS patient.

Vladimir turned to the Barnaul doctors (he lives in the village of Bobrovka, 30 kilometers from Barnaul), but, according to the Siberian, they are unable to help him.

This year, the doctors advised him to undergo treatment in the clinic Meshalkina – Malivan issued quota and went to Novosibirsk.

As explained cardiovascular surgeon clinic Artem Robson, the man appeared dangerous pathology, which, most likely, provoked a gunshot, an aneurysm in the iliac artery, and arteriovenous fistula (a direct connection of the artery with a vein – life-threatening).

The patient risked to die from pulmonary hypertension that is increased pressure in the pulmonary circulation, just a few years, the doctor noted.

A four-hour operation was performed April 18 – except Artem Racuna it was attended by head of cardiac surgery Department of vascular pathology Pavel Ignatenko.

“To bypass this aneurysm <…>, that is, vascular artery, which was changed in aneurysm, put in a shunt – that is, an artificial graft, synthetic. The aneurysm itself, roughly cut, and the hole in Vienna took,” explained cardiovascular surgeon Artem Rabson.

The doctor explained that the left pelvis, the fragments of buckshot should not damage the health of the patient

he’s a lot more to risk the health, if the doctors try to remove the shrapnel.

The patient was discharged he went home to the Altai territory

“All the control tests the patient a good dynamic decrease of pressure in the pulmonary artery, the absence of discharges into the venous system pathologic. Accordingly, the forecasts he has a purely positive,” assured the surgeon.

Vladimir Malewana was discharged at the end of this week – he went home already.

“Woke up already, slowly walk, rejoice. All will be well,” said the Siberian.

Earlier Novosibirsk doctors saved a young hockey player with a serious heart problem. Played for the youth hockey club “Spartak” Valentin Alexandrov from Moscow temporarily left the sport because he suddenly began having seizures tachycardia – and it required a complex operation involving the robot. 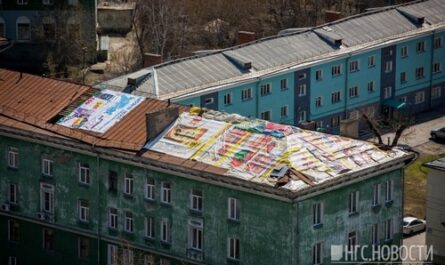