Pincers have bitten already 171 resident of Novosibirsk region this spring

Patients of the clinic in Dzerzhinsky district of Novosibirsk dismantled free vaccines against tick-borne infections – the cure is over. The Ministry of health of the Novosibirsk region has assured that this “temporary difficulties”.

“I live in the Dzerzhinsk district polyclinic № 17 at Lejeune. My husband put the vaccine – I had to take turns to put there the third vaccination, and then the husband second. We call and call and refuse us. Or rather, not deny, and say: “Vaccination no, call tomorrow”. The time is coming, can not deliver.

And in private clinics have the vaccine, costs 700-800 rubles. For me, my employer pays taxes, and I don’t want to go to put the paid vaccine”, – told the NHS one of the patients of the clinic.

According to her, the vaccine was not in the children’s Department clinics – vaccination against tick-borne infections need was 14-year-old daughter of the patient, who is preparing to go to camp.

The patient noted that the first vaccination in October, her family is put without problems in previous years of shortages of vaccines against tick-borne encephalitis was not.

In a press-service of the Ministry of health of the Novosibirsk region has explained that the season purchased more than 150 thousand vaccines for adults, and probably in some offices clinics they are really over.

“At the present time is the purchase of the next party”, – have informed in the Ministry of health.

According to the Ministry, with children’s vaccines in the region there are no problems, and if the children’s clinic of Dzerzhinsky district today, they ended – it is “temporary difficulties”, which the Ministry of health decides.

The first tick of the season has bitten the inhabitant of the Novosibirsk region on April 4, 2018 – the student who shot the tick off, I had to go to the doctor. According to Rospotrebnadzora NSO, may 1 doctors registered 171 treatment of residents with tick bites in Novosibirsk, the most affected citizens living in the Leninsky district (24 cases) and Rail (6 cases) districts.

Cases of viral tick-borne encephalitis was not stressed in Rospotrebnadzor, adding that this year will be provided for more than 266 thousand people.

Earlier young novosibirets he would put himself a vaccine against tick-borne encephalitis and was in the hospital in serious condition. Doctors managed to save his life.

It’s a shame not to know: 5 INP developments that are changing the world 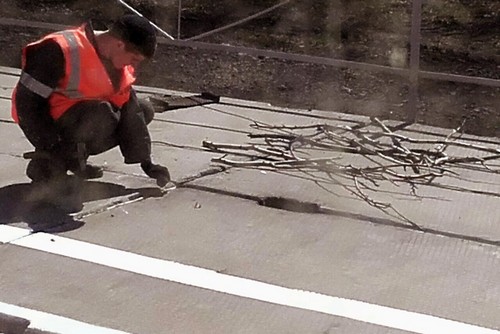