«Yeah, we’re going to need to talk about your TPS reports.» 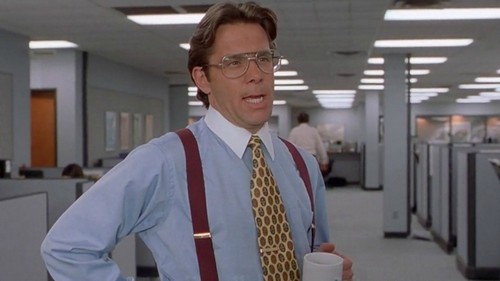 «Mmm, yeah, I’m going to have to go ahead and ask you to come in on Sunday, too.«

Have you ever had a case of the Mondays? Or at least wanted to straight-up murder someone who asked you that question? Either way, you may be a fan of everyone’s favorite portrayal of office hell, Mike Judge’s low-key cult comedy masterpiece, Office Space.

The movie about scheming IT workers who embezzle from their employer launched a million jokes about TPS reports, flair, and red Swingline staplers in real offices around the world. It also premiered 20 years ago this week-February 19, 1999-and was an immediate flop.

Seriously, Office Space tanked out of the gate. Judge found its $12 million box office haul a disappointment and had already moved along when he learned people were quoting great lines from the movie, which is chock-full of them.

Thanks to Comedy Central, which first aired the film in 2001, it had slowly become the iconic satire of life as a cubicle drone that it remains today.

Gary Cole’s Bill Lumbergh was one of the most memorably hateable bosses in movie history and he had too many hilarious and cringe-inducing moments to count. Like his ambush of Ron Livingston’s Peter Gibbons above.

«Hello Peter, whats happening? Ummm, I’m gonna need you to go ahead come in tomorrow. So if you could be here around 9 that would be great, mmmkay…»

Today when you hear someone trot out «mmmkay,» you know a Lumbergh impression is afoot.

Lawrence was the kind of dreamer with whom we all could identify. One conversation between him and Peter proved it.

Peter: What would you do if you had a million dollars?

Lawrence: I’ll tell you what I’d do, man: two chicks at the same time, man.

Peter: That’s it? If you had a million dollars, you’d do two chicks at the same time?

Lawrence: Damn straight. I always wanted to do that, man. And I think if I were a millionaire I could hook that up, too; ’cause chicks dig dudes with money.

Peter: Well, not all chicks.

Lawrence: Well, the type of chicks that’d double up on a dude like me do.

A huge reason Peter Gibbons resonated with so many was he voiced a sense of boredom and emptiness that was everywhere at the end of the 90s. That was the thing about Office Space: everyone simply got it. His early monologue prior to his hypnotherapist’s death leaving Peter in a months-long carefree trance is entirely too relatable even 20 years later:
So I was sitting in my cubicle today, and I realized, ever since I started working, every single day of my life has been worse than the day before it. So that means that every single day that you see me, that’s on the worst day of my life.

Then there’s Milton. With his coke-bottle glasses, mumbling delivery, and red Swingline Stapler obsession, Stephen Root turned Milton Waddams into the real star of the movie.

No offense to Ron Livingston, Ajay Nadu (Samir), David Herman (Michael Bolton), or Jennifer Aniston as Peter’s love interest and flouter of flair, Joanna, but often when people think about Office Space, they think of Milton. 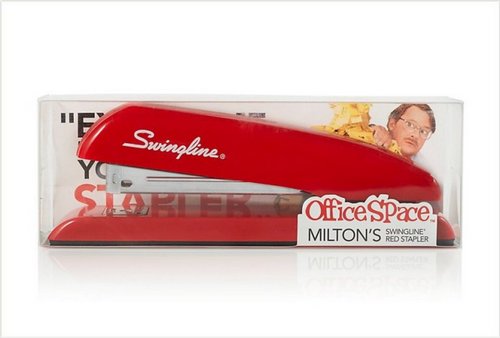 Because at some point in life, if we’re honest, Milton is all of us-or at least many might fear that’s the case. The scene of him at Lumbergh’s birthday celebration (was there ever a more perfectly-rendered scene depicting the pro-forma office «celebration» that people only attend for the cake in the first place?) was Milton in a nutshell. Overlooked, disrespected, and a time bomb, just ticking away.

(If you act before Feb. 28, 2019, you can get your own red stapler, too-just click the image above. Consider, though, that Milton burned it all down, which may not be the most positive signal to send to a boss in the know.)

However, her Joanna gets one of the greatest «I QUIT» moments in movie comedy history, and her nemesis is none other than Mike Judge in a toupee, doing a Lumbergh lite as her manager at Chotchkie’s. 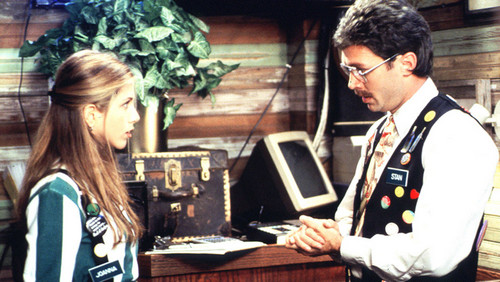 Joanna’s rejection of Flair Culture is epic. Actually imitating her might be a bad idea, but it’s damn satisfying to watch her go.

So those are 5 classic scenes, sure-but there are dozens that could just as easily be excerpted.

As it is, there’s no way to pay tribute to Office Space without adding one of the greatest moments of all as a bonus. It’s done without a bit of dialogue, just the Geto Boys rapping «Still,» and it features Michael, Samir, and Peter obliterating the office printer Michael is seen struggling with throughout the first half of the movie. This scene is iconic for a reason, and it’s almost all found in David Herman’s face as his Michael becomes more and more enraged, finally battering the machine with his bare fists.

You’ve been there. Whether it was a copy machine, a computer, or a printer, every person who ever worked in an office with unfamiliar equipment has had that moment in their heads.

The Matrix, another movie that begins with an office drone stuck in corporate hell and dreaming of a way out, premiered the same year as Office Space.

It was an immediate hit. But it spun off into a wild cyber punk fantasy that spanned three films.

Sure, The Matrix is iconic in its own right, but that’s the thing about Office Space-in the end people don’t really want to soar off into space to enlighten the deadened and sleeping masses.

Most of us just want to do work that satisfies, then sleep in and be left alone. 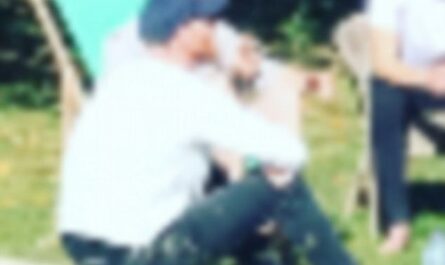