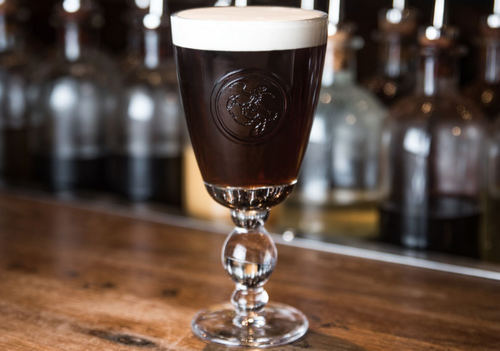 The simplicity of the Irish Coffee belies this classic cocktail’s excellence. It’s made from three basic ingredients – Irish whiskey, coffee and cream – with some sugar often thrown in to sweeten the deal. The soft malt flavor of the whiskey somehow just goes perfectly with the coffee’s bitter jolt of caffeine, making for an enduring classic.

Irish Coffee’s origins in the U.S. are said to date back to the 1950s, when the owner of San Francisco’s The Buena Vista Café enlisted travel writer Stanton Delaplane to reformulate a drink he had at Shannon Airport in Ireland. You can now find Irish coffee at nearly any restaurant or bar-although truth be told, most are made quickly and carelessly, ruining the plot of what could be an otherwise perfect drink. 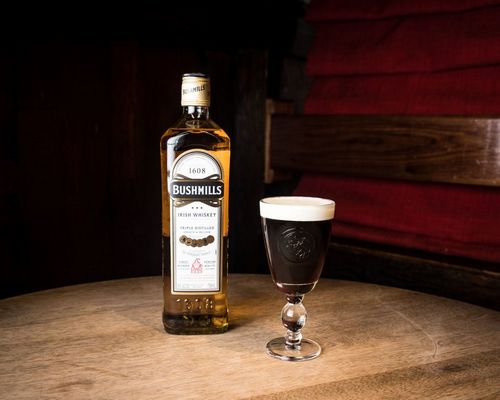 The best whiskey to use is often a simple Irish whiskey blend – think Jameson, Slane, Bushmills, or Tullamore D.E.W. But if you feel like splurging and kicking up the flavor a bit, go for a single pot still like Redbreast, or try a single malt from Teeling or Tyrconnell. For a whiskey with a more bourbon-like taste, you can use a single grain expression from Kilbeggan.

As for coffee, the options are endless – espresso, cold brew, French press, or even percolator-brewed will do.

New York City’s The Dead Rabbit has one of the best Irish whiskey collections in the country, so naturally this award-winning bar is a go-to spot for Irish Coffee.

Beverage director Jillian Vose’s whiskey of choice for the drink is Bushmills. “We’ve experimented with single malts and single pot still Irish whiskey, and they’re just too rich,” she said. “Bushmills works really well because it’s a lighter style of blend, but still has the malt component that gives a beautiful dried fruit which compliments the coffee well.”

If you are making an Irish Coffee at home, Vose recommends using cream with 35 – 38 percent milk fat, and making sure the coffee you are using is piping hot.

According to Vose, this is an important drink in the Irish whiskey category-one that can be easily made by anyone at home. So The Dead Rabbit had to get its version right. “Over the last few decades, the drink has seen some pretty rough versions,” Vose said, “including ones that are overly sweet, not sweet at all, use whipped cream from cans, green dyed cream and shamrock designs on top.”

Even though it’s a simple cocktail, the details have to be right, from the type of glass to right temperature of the coffee. “In sharing our version of the Irish coffee with the world, we believe we’ve brought some justice to the drink. It also shows imbibers how amazing and versatile the category of Irish whiskey is.”

Method: Build in 6 oz glass. Add 1 oz whiskey, fill coffee/Demerara mix up until an index finger’s worth of room is left in glass, top with cream.

This $100,000-a-Night ‘Empathy Suite’ in Las Vegas is The World’s Most Expensive Hotel Room