All aboard the train to Flavortown! 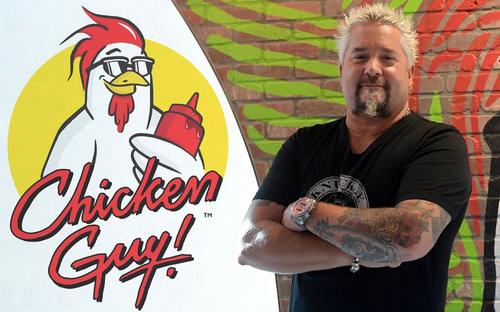 Prepare to be stricken by some chicken.

In a statement about the franchise’s forthcoming Aventura Mall opening in Miami, co-founder Robert Earl confirmed that there are plans to hatch many more Chicken Guy! locations all over the United States.

“With our second location, we are on our way to open Chicken Guy! locations across the country,” said Earl, who also owns the restaurant chains Earl of Sandwich, Buca di Beppo and Bertucci’s.

Fare at Fieri’s restaurants centers around antibiotic-free, fresh chicken tenders. Each is pounded by hand and then brined in lemon juice, pickles, buttermilk and herbs before getting pressure fried, according to Today.

Customers can dip their strips in one or more of over 22 different house-made sauces, including «Spicy Mayonaise,» «Cumin Lime Mojo» and «Donkey Sauce.»