This killer Caddy has a sound cannon, electric-shock door handles, pepper-spray dispensers and even a 007-style smokescreen. 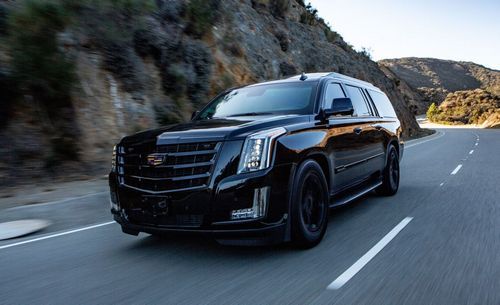 The risk of an armed attack hopefully doesn’t factor into your daily commute, but two companies are making custom bulletproof Cadillac Escalades just in case. 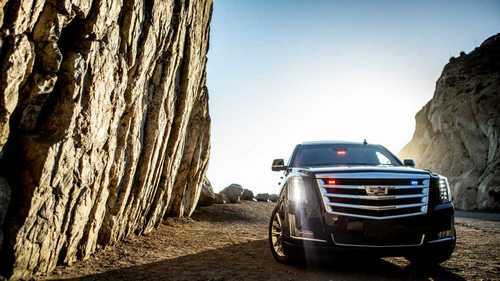 Wyoming-based AddArmor’s «Executive Escalade» adheres to Europe’s B6 ballistic armoring standard, which means it can protect its passengers from hand grenades, a 12-pound land mine or mid-to-large caliber, high-velocity rounds including.556, 7.62 and even 30-06 calibers.

Unless your would-be assailant is packing an actual rocket launcher, this 007-worthy Caddy will give you serious piece of mind  Watch it take pistol and rifle fire below:

Its protective upgrades include multiple carbon-composite panels that are 10 times stronger and 60 percent lighter than ballistic steel, proprietary two-inch ballistic glass and run-flat tires that are capable of traveling up to 30 miles after being penetrated by bullets. A beefier suspension and brakes help handle the added weight. 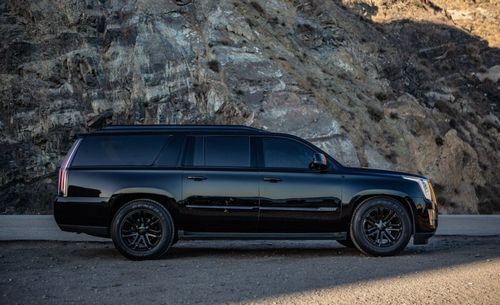 If you’re gonna shell out $350,000 for AddArmor’s ride, you’ll also get a luxurious interior. 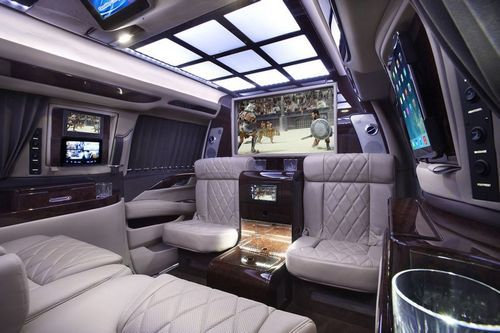 Car and Driver has further details:
The interior features many of the mod cons typical of the production Escalade: A 32-inch high-definition smart TV with DirecTV, Apple TV, and HBO is integrated into the retractable divider to keep dignitaries entertained between assaults, and an audiophile-grade Sony surround-sound system with AM/FM radio, CD/DVD, and iPod/iPhone media compatibility teams with onboard Wi-Fi, because why not?

Should things get really hairy, hidden gun ports can be accessed behind the screen for the 360 camera and an iPad. Hidden lockboxes and a firearm safe keep dangerous weapons out of reach.

There’s more headroom than a standard Slade, too, as AddArmor adds four inches to the roof to maintain plenty of headroom for movement in the cabin. 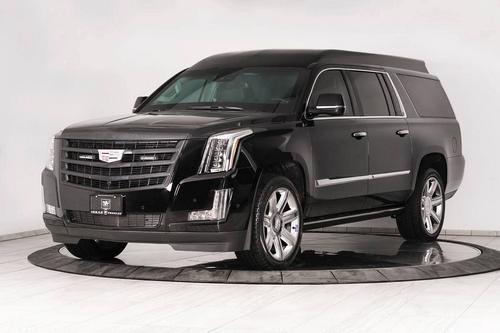 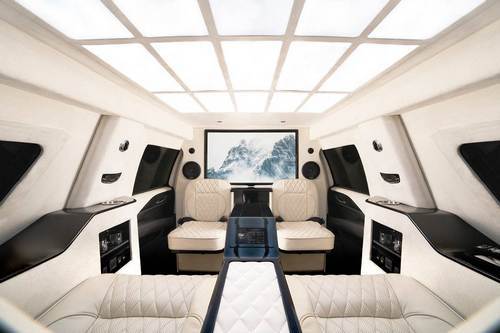 Detroit Free Press has further details:
Its 130-inch wheelbase has a large passenger compartment to hold an executive office. 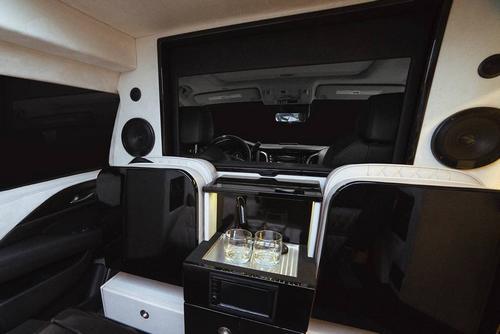 If a bulletproof Benz is more your speed, check out this $1.2 million armored AMG G63.