It wasn’t a secret that Arnold Schwarzenegger and Linda Hamilton were back at work on a James Cameron-produced Terminator 6 (or whatever the final title turns out to be). Now thanks to io9 we know where they’ve been doing the work and have some idea of what it might look like, thanks to a promotional video for a film studio. 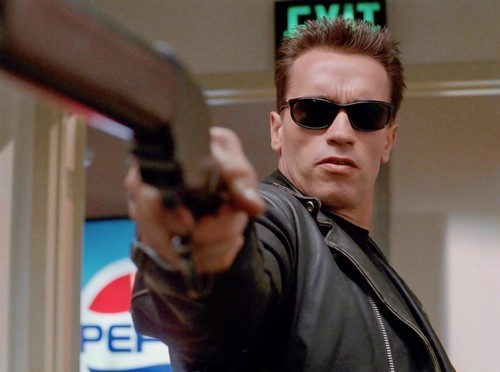 Arnold in the original

If you haven’t clicked yet, don’t be fooled. There aren’t any scary metal skeleton Terminators, explosions, or fights.

What we do get is Arnold Schwarzenegger and director Tim Miller waxing on about how great it is to work in Hungary-the crews are professionals, the people are friendly, and the cost is right.

Also, because this is an Arnie-heavy affair, there’s a Hummer. 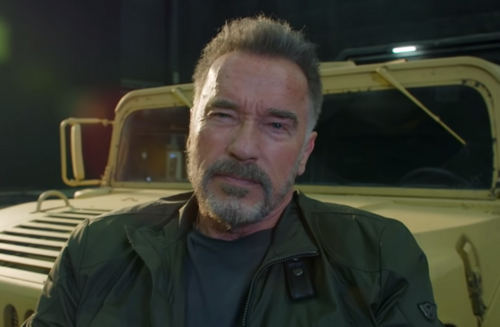 As far as geeking out and trying to find clues about the upcoming movie from this video, a few things seems sure-it looks like it’s really Linda Hamilton’s and Mackenzie Davis’s film, and if Schwarzenegger is on screen looking as he does here, you have to wonder what’s up with his character. A grizzled, bearded Terminator makes little sense within the context of what we know about the killer robots.

Is he a human who just looks like an older version of the original Terminator? Are there new school Terminators who can age and grow beards?

Lots of questions there, but what we do know is Terminator 6 stars Hamilton, Davis, and Schwarzenegger, and it picks up where Terminator 2: Judgment Day left off, ignoring all the movies in between.

Which is probably for the best.

Tom Brady Says Calling Him the GOAT Makes Him ‘Cringe’