The gin renaissance is in full swing-here’s how to imbibe with style. 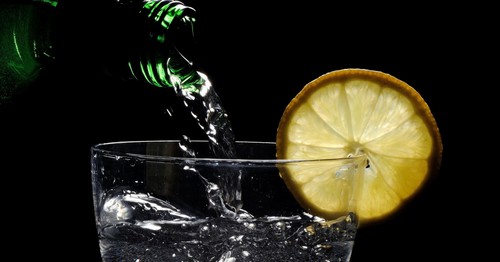 Gin-drinking season is coming. While we hunker down in the wool sweater months with our favorite browns, keeping the soul toasty via a steady collection of Scotch, cognac and bourbon, when the sun finally returns, it’s time to clear things up. Literally.

We look for spirits that are crisp, light, and refreshing as the spring days warm up, and no spirit has the clarity and brightness of gin. Thank the juniper and countless other botanicals that can be used for its production – the resulting eruption of tastes and scents allow the best gins to leap from the glass to your nose and palate.

We can thank the explosion in craft distilling for the windfall of new gins, with some 6,000 varieties of the pleasantly astringent spirit now in existence. From Holland, where some of the earliest gins were distilled, all the way to Japan, we surveyed several stellar examples for this drink-as-you-go guide.

We’ve included classics, brand new varietals of our home bar standards, big-ticket limited edition expressions and even one aged in wooden casks to get your gin education off to a proper start. 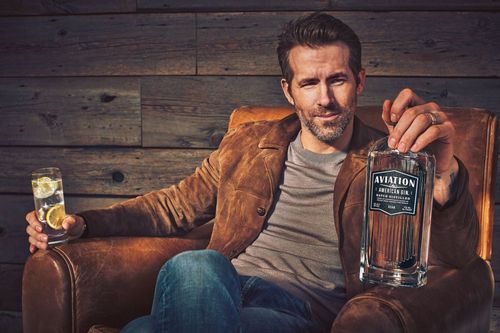 While many first heard of Aviation thanks to its acquisition by Marvel superhero/merry prankster Ryan Reynolds, the truth is the spirit was something special long before Deadpool got his bloody gloves on it.

The technique is credited with imbuing the brand with its incomparably soft and smooth profile, with juniper in the background and both citrus and floral notes up front, helping it earn it a 97-point rating from Wine Enthusiast, which Aviation says makes it the world’s highest-rated gin. 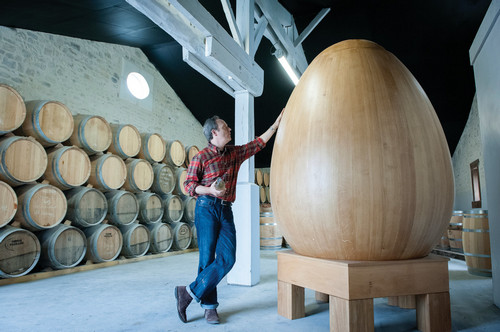 The final stage in crafting Citadelle Réserve consists of blending the semi-aged spirit inside an 8-foot-tall wooden egg.

More than two decades ago Gabriel launched Citadelle Gin, employing 19 botanicals and aromatics in pot stills over an open flame. Next, he aged the spirit in five types of wooden barrels to create Citadelle Réserve. Now for the Citadelle Extrême collection, he’s testing the limits of the spirit.

The secret ingredient in Citadelle No Mistake Old Tom Gin comes from a Demerara-like brown sugar that Gabriel discovered on his many trips to the Caribbean. The sugar is toasted and caramelized in copper cauldrons, alcoholized and then aged for three to four months in spirit casks before being added to Citadelle Réserve; the concoction is then married and matured in wooden casks.

The result is a rare dark gold-tinted gin with a welcome hit of maple sugar. Notes of juniper, orange peel and cardamom give way to hints of fennel and cumin on the palate, while the wood-aging expresses itself through spicy notes of nutmeg, cinnamon and cubeb pepper. 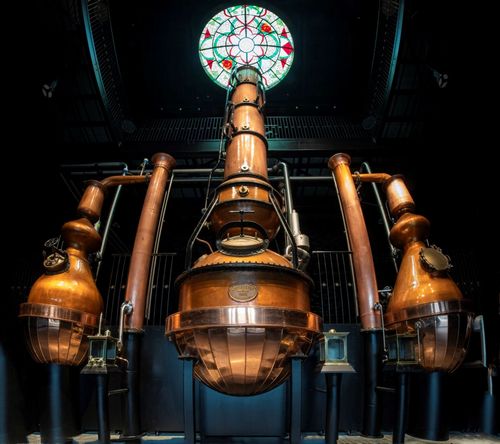 Hendrick’s first gained worldwide recognition due to its innovative approach of infusing their spirit with cucumber and rose, and in doing so simultaneously revolutionized both the gin and mixology industries.

Now Master Distiller Lesley Gracie is back breaking conventions, this time bringing in flavors traditionally associated with gin cocktails: quinine found in the iconic G&T and wormwood from a martini’s dry vermouth. She also blended blue lotus blossom to balance the alchemy. 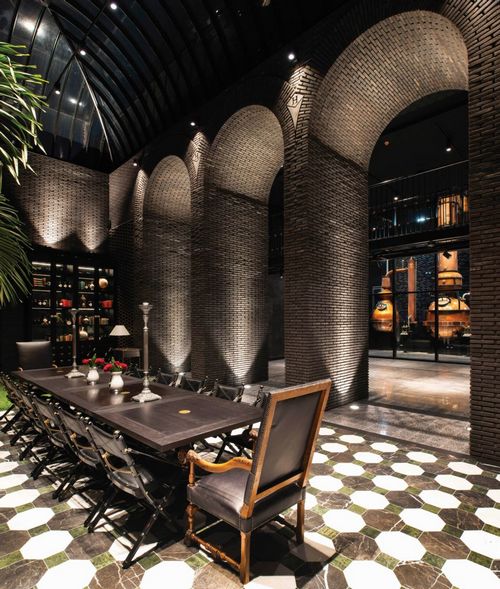 Orbium, previously only available in the UK at a small number of exclusive bars and restaurants, is now ready for wider release. But it’s not for everyone – the bitterness from the quinine opens up new possibilities for cocktail-crafting, but requires a different approach from the traditional London dry gin.

The use of quinine and wormwood result in a taste that is paradoxically exotic and oddly familiar, spiraling from floral to an alluringly bitter space. And while in-creased bitterness would seem to go against the grain, that’s what Hendrick’s has always done best. 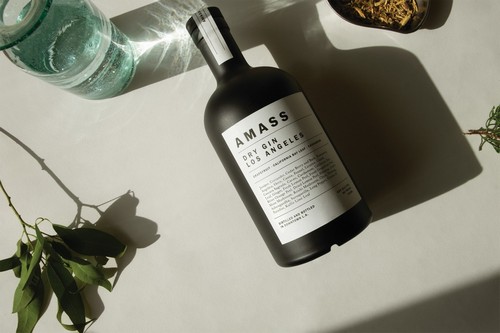 Amass is a “nomadic distillery” collaborating with spirits experts around the world.

Newcomer Amass bills itself as a “nomadic distillery” as they plan to work in different cities every year to craft their various spirits. First up is gin, which they’ve chosen to make in Los Angeles under the auspices of Morgan McLachlan.

The citrus notes reference L.A.’s bygone years as a massive orange orchard, and the more exotic botanicals reflect the city’s profound polychromatic multiculturalism. The native herbs provide a distinctive earthy base for Amass, grounding bright top notes of citrus from grapefruit, orange and lemon. Built on a base of 96% corn spirit, the alcohol’s ultra-clean foundation allows for an articulate expression of all its delicate ingredients. 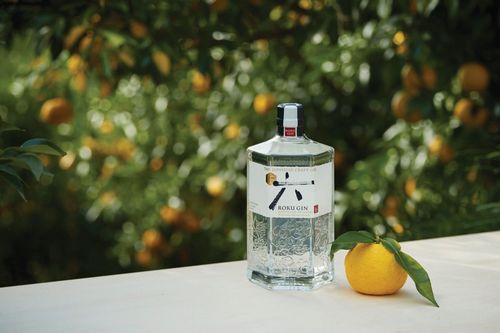 The fabled House of Suntory, the historical home of Japanese whisky, has now turned its attention to a new spirit: gin. Many argue the Japanese have surpassed the Scots as masters of malt whisky, so Suntory’s success at conquering another shelf on the bar seems all but foretold.

Roku is the house’s newest attempt at the spirit, but it falls in line with founder Shinjiro Torii’s monozukuri philosophy of craftsmanship: “A relentless pursuit of perfection, meticulous attention to detail and commitment to quality.”

As it means “six” in Japanese, Roku utilizes a half-dozen traditional Japanese botanicals in its distillation, and Suntory takes the provenance of ingredients very seriously indeed. A clean, intriguing and pleasantly affordable gin execution from the Land of the Rising Sun.

Cherry blossom and green tea provide a floral and sweet aroma, with yuzu as the top tasting note, while Japanese sanshō pepper brings a hint of spiciness to the finish. 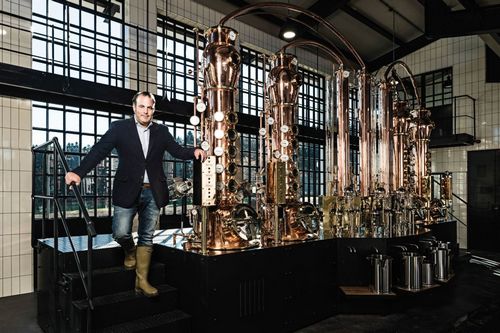 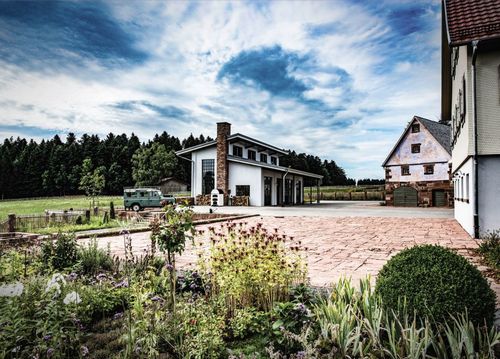 Monkey 47 uses ingredients from the Black Forest in Germany to create a truly top-shelf gin.

The reaction to the handcrafted, batch-distilled spirit was immediate and overwhelming. In total nearly 50 ingredients (hence the name) are used in the making of Monkey 47, with a third of them found in the Black Forest, including lingonberries, spruce, acacia blooms, bramble leaves and, perhaps most importantly, the area’s famed soft spring water.

The end result is a highly complex gin with fruit, spice and herb notes that blend into flavors of pine and wood. 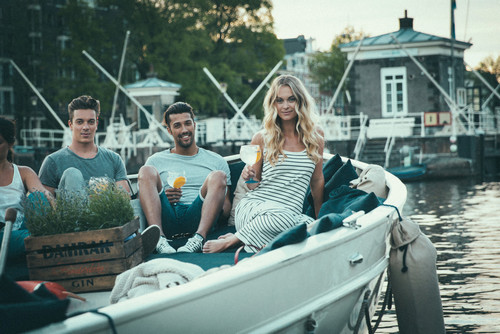 Another Dutch specialty recently became easier to obtain on American shores. Imported from Amsterdam, Damrak aims for a super-clean profile by five-times distilling their gin for one of the brightest and sweetest spirits we tested.

Damrak incorporates 17 different botanicals in its process, leaning heavy on the citrus ledger by focusing on Curaçao oranges, Valencia oranges and lemons, as well as herbs and spices like angelica root, cinnamon, star anise and lavender. Most definitely not your standard London dry. 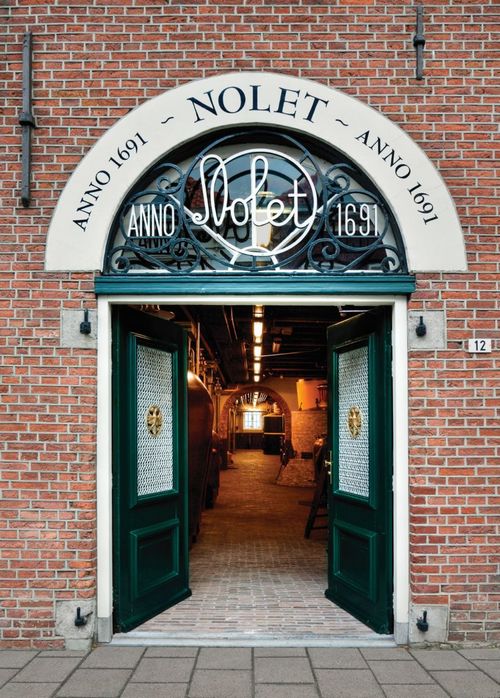 In a line of succession that would impress any European monarch, Nolet’s has been producing high-quality gin for more than 300 years.

The history of Nolet’s is unlike any other gin, having been distilled in a family-run facility in the gin mecca of Schiedam, Holland, for well over 300 years-one of the storied origins of the term “Dutch courage” came from soldiers quaffing Holland’s best before battle.

The brand’s current custodian, Carolus Nolet, Sr., is the distillery’s 10th-generation owner. And while Nolet’s classic expression is world renowned, Carolus wanted to offer the faithful a bottle that could be passed down from father to son. Or at least saved and savored at a generational event.

His higher proof Nolet’s Reserve is handcrafted using a recipe that highlights two distinct botanicals: saffron for warmth and spice, and verbena for its delicate subtlety. As can be expected, the cost of the beautifully packaged and hand-numbered spirit is high.

But as Carolus personally approves each share of Reserve before it is bottled in order to guarantee the family’s highest standards are being upheld, this is extravagance in the very best of taste.

This Custom Honda Is an Awesome ’80s Dream Bike 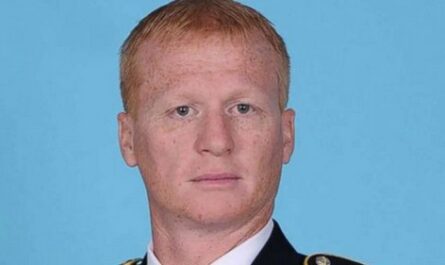