Tesla rolled out an intriguing new feature called «Dog Mode» that’s sure to be a hit with pet-loving owners of the innovative electric car.

Tesla tweeted a video demoing the feature on Thursday, saying that “Dog Mode” lets drivers “set a cabin temperature to keep your dog comfortable while letting passersby know they don’t need to worry.”

“This is in addition to existing Cabin Overheat Protection, which come on automatically at high temps to ensure any babies or pets in the car are safe,” Musk added in a tweet response to the corporate account.

Musk said the feature is not being immediately added to all Teslas, tweeting,“It will start out slow to make sure there are no corner case issues and then, if that looks good, speed up next week. We def need to add a “Request Latest Update” feature!”

Not only does Tesla’s «Dog Mode» allow users to set their car to a cool temperature when they’re out running an errand, but it uses the car’s jumbo dashboard screen to tell passerby the interior temperature along withe the message: “My owner will be back soon. Don’t worry!”

According to the Animal Legal Defense Fund, 29 states and the District of Columbia have some form of a “hot car” laws, many allowing good samaritans or police officers to break into a car if they see an unattended animal in need, Forbes reports.

Meanwhile, Tesla also unveiled its new Sentry Mode, designed to add another layer of protection to the car.

Sentry Mode works by monitoring the car’s surroundings while it is locked and parked. In a blog post detailing sentry mode, Tesla said it uses the car’s external cameras to watch for potential threats.

If it’s in standby, the cameras are watching, ready to go into an «alert» state if someone does something shady, like leaning against the car or tries to break in. 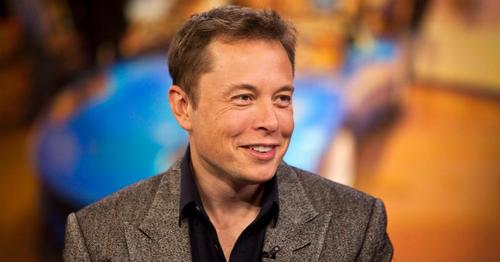 The car then displays a message on its touchscreen saying that the cameras are recording.

More details here from Tesla’s blog:
Sentry Mode adds a unique layer of protection to Tesla vehicles by continuously monitoring the environment around a car when it’s left unattended. When enabled, Sentry Mode enters a “Standby” state, like many home alarm systems, which uses the car’s external cameras to detect potential threats.

If a minimal threat is detected, such as someone leaning on a car, Sentry Mode switches to an “Alert” state and displays a message on the touchscreen warning that its cameras are recording.

If a more severe threat is detected, such as someone breaking a window, Sentry Mode switches to an “Alarm” state, which activates the car alarm, increases the brightness of the center display, and plays music at maximum volume from the car’s audio system.

If a car switches to “Alarm” state, owners will also receive an alert from their Tesla mobile app notifying them that an incident has occurred.

They’ll be able to download a video recording of an incident (which begins 10 minutes prior to the time a threat was detected) by inserting a formatted USB drive into their car before they enable Sentry Mode.

Wonder what Elon Musk will think of next?

This Custom Honda Is an Awesome ’80s Dream Bike