It looks like John Cena and Nikki Bella’s on-again, off-again relationship is permanently off, leaving an opportunity for UFC champ Henry Cejudo to score a date with the stunning WWE superstar.

The 31-year-old flyweight is coming off a spectacular title defense against TJ Dillashaw, whom he easily dismantled in just 32 seconds at Fight Night Night 143 last Sunday in Brooklyn.

As Bro Bible notes, Cejudo’s week just keeps getting better. It all started with this interview between the titleholder and ESPN’s Ariel Helwani.

“Nikki Bella’s been like my biggest crush,” Cejudo said, then he detailed an encounter he had on a first class flight with Nikki and her equally famous twin sister, Brie-one that left him totally starstruck.

His solution? Ask the Bella twins to give his 9-year-old niece a shout-out.

“She was super nice, I used my niece to talk to her,” Cejudo said. “I’m talking about the single one!” he clarified before ending the interview with the words, “Single, trilingual and ready to mingle,”

Bella responded to the clip just a day after Helwani posted it on Twitter with a video that surely gave Cejudo butterflies.

“What up, Henry, so I just saw your interview on Ariel’s podcast and wow, thank you very much,” she began. “I want to say first of all congrats on your really big win I would like to think that you know, maybe, possibly I was a good-luck charm, you know, meeting you on the flight.”

Then the Total Bellas star asked Cejudo to help her prep for her next WWE match.

“And I’m hoping maybe one day in Arizona you can train me before I get back into that ring because I think you have a few moves that you could show me that could really take it to the women.”

Bella ended her message with an irresistible suggestion for a first date: casual drinks.

“Hey, I mean I know you’re cutting weight and all but maybe one day we could grab a drink. Again, congrats on your big victory. That was amazing.”

As if that wasn’t encouraging enough, a source close to Bella told HollywoodLife that she’s «more than happy to go on a date with him in the near future.»

«She is not going to deny herself from giving him a date because who knows he might be a great guy and they might hit it off,» the source said. «The ball is in Henry’s court now as Nikki is excited to start talking to him more and see where things land.” 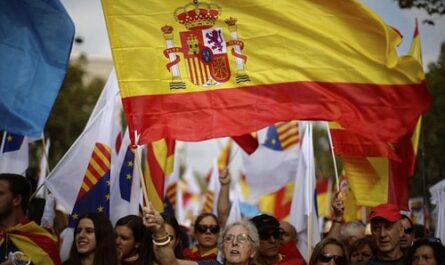