Party down at these elite members-only hot spots. 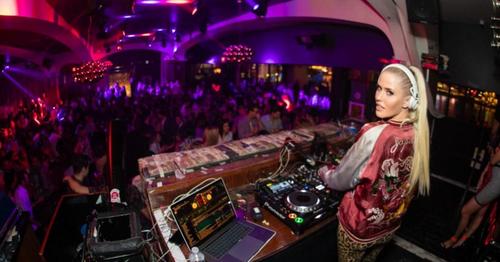 Waiting in line and hoping that the bouncer takes mercy on you, and lets you and your friends into the hottest new club in town? That’s for suckers.

Instead, what you should be doing is seeking out membership at exclusive private clubs with killer locations across the country from Las Vegas to New York and San Francisco.

From purely social clubs where you can lounge in luxury, to those focused on high-end booze, music, and more, here are 12 private members-only clubs to consider joining right now. 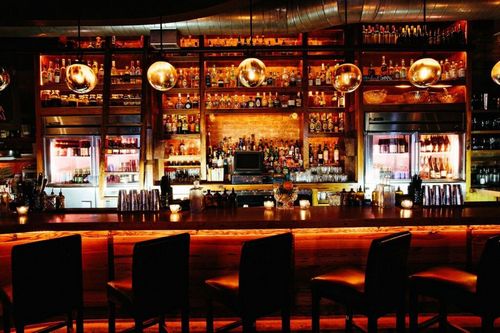 Drinks are the name of the game at The Cocktail Club, with two membership levels providing you access to the space, couch reservations, members-only invites, annual cocktail classes and spirits tastings, and major discounts.

Gold members can rent out the room twice per year for free, and also get a $100 bar tab during their birthday month to ensure they’re celebrating in style. $250-$500/year 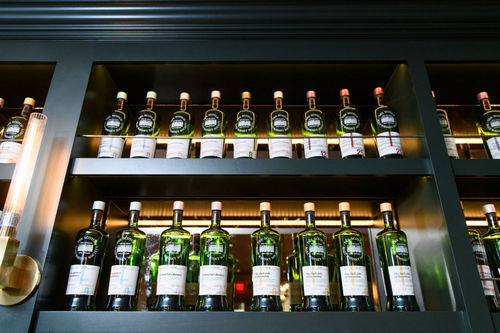 The Club at Scotts is the place for you to whet your whiskey appetite while in Washington, D.C. Members gain private access to a back room lounge, separate from the main dining room and bar.

Within, there are over 100 hand-picked selections from the Scotch Malt Whisky Society offered up, along with all of the whiskey geek material you need, such as water droppers for tasting and flavor profile notes and charts.

Guests are able to access the space with fingerprint scanner technology, and also receive ongoing discounts and invites to private tastings. $295-$695/year 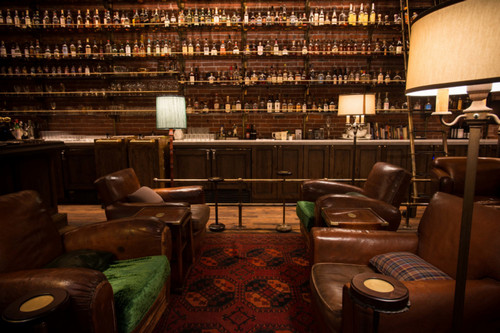 Membership to renowned whiskey bar Multnomah Whiskey Library in Portland ensures you can always reserve prime seating in the library. Good luck doing so without waiting for hours otherwise.

Members only receive invites to tastings and private events, and a set of your own custom glassware. Membership is capped and currently only open to waiting list additions. $600/year

Top of the Modern Class 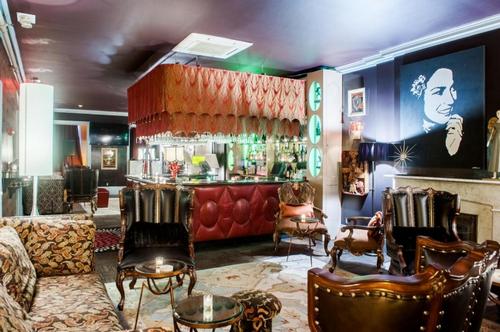 The Norwood Club bills itself as a «home for the curious,» intended for New York’s creative and artistic communities. Founded in 2007, Norwood builds its offerings and programming around those members, with events such as film screenings and art exhibits, art classes and workshops, live performances, and wine dinners.

Members get VIP access to New York and Miami art fairs, admission to reciprocal clubs around the world, and discounts at partners such as the Standard Hotels. $1,500-$2,500/year + $400-$800 initiation 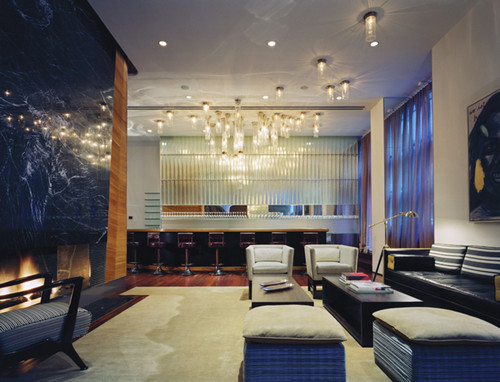 Influential high rollers step right up to the CORE Club, where you have to pay $50k just to become a member. The club was founded in 2005 as a way for you and your closest uber-rich associates to both lounge and network with other big-hitting members.

Consider this your home away from home, with fine-dining, art galleries, full on-site fitness center and spa, and much more. The club provides you with curated access and perks for all of the essentials in life, like one-touch yacht charter reservations, as you do.

There’s a new international location set to debut in Milan next year, while members also receive reciprocal access to a lineup of similar high-end clubs around the world. $17,000/year + $50,000 initiation

The Soho House has been going strong for nearly 25 years after opening in London in 1995. Locations in the U.S. include New York, West Hollywood, Miami, and Chicago, with another half dozen international clubs also in the group.

The focus here is on the creative industries, with members typically belonging to the film, fashion, music, media, and art worlds. Perks in NYC include an on-site spa and screening room, rooftop swimming pool, and ongoing calendar of member events.

Whether you prefer to indulge in whiskey, wine, or cigars, or simply socializing in style, Wingtip has its members covered.

Located in San Francisco, the club boasts a wine cave with over 2,000 bottles, and a whiskey selection over 500 deep. You can practice your swing on a golf simulator, or hustle your buddies in the billiards room.

Membership is capped to keep an exclusive feel, with membership levels allowing you either an allotted number of visits per quarter, or unlimited access, along with swanky members-only events. $1,500-$2,400/year + $2,000-$3,000 initiation 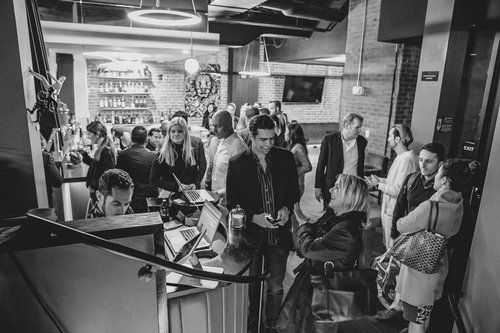 The Modernist was founded in 2015, joining an increasingly competitive field of private clubs in San Francisco which are catering to the city’s wealthy tech elite.

Modernist is built around its clubhouse, where you can sip craft cocktails from the club’s personal mixologist, or dine at the on-site restaurant, Akiko, offering highly-touted sushi from chef Chris Massad.

Events include private wine and whiskey tastings, and members-only parties, with other perks including club access in locales from Singapore to Australia. $2,000/year

The Playboy Club debuted its New York digs in 2018. The joint is generally open to the public, with a bar and full-service restaurant focused on flashy fine dining-think wagyu and caviar-and of course, bunnies.

From there, the club offers four membership tiers that can cost up to $100,000. All members receive tickets to events like the Playmate of the Year party and Playboy Masquerade Ball, access to members-only speakeasy spaces, and pre-loaded bar tabs.

The perks and price get stratospheric in tandem-10 VIP tickets to the U.S. Open or other NY sporting events, 10 hotel nights, Bentley chauffeur service to the club, and more. $5,000-$100,000/year

The House of Blues boasts its own private club, the Foundation Room, with locations across the U.S., including Chicago, Dallas, Houston, New Orleans, and a handful of others.

Las Vegas though is the mecca, located on the 63rd floor of the Mandalay Bay. Membership in Sin City includes an allotment of tickets to concerts and shows throughout the year, along with members-only events, first access to VIP tickets that’ll be selling out to the public, and perks across MGM properties, such as spa access, free parking, and dining credits. $1,500-$3,500/year

MORE proves there is indeed a club for everyone and everything. This is the members-only club for MORE cryptocurrency, with membership dues standing at a required purchase of 5,000 MORE coins, which will only cost you about $300 as of the time of this writing, but would have set you back closer to $3,500 earlier this year.

Members receive exclusive club nights and in-person performances, VIP access and other fringe perks, with all purchases and transactions within handled digitally with your cryptocurrency bankroll. 5,000 cryptocurrency ownership 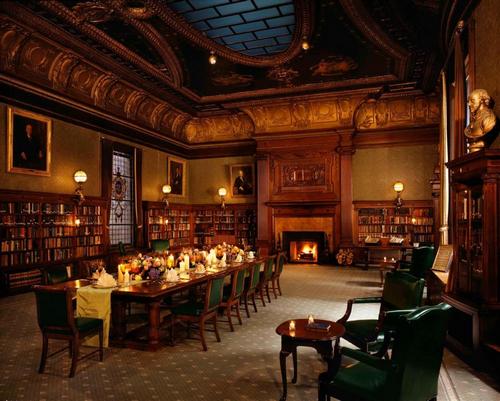 The Metropolitan Club was founded in 1891, with some dude named J.P. Morgan serving as its first president, and an initial members roll call including other last names like Vanderbilt and Roosevelt.

Despite that name recognition, the club was actually designed to be less snooty and exclusive than some of the other clubs at the time (see below). Nevertheless, at least four modern-era U.S. Presidents have been members.

Jackets and ties are required at all-times, fellas, while cell phone and laptop usage is prohibited.
$5,000/year

Besides the Metropolitan, NYC is the epicenter of the old vanguard of elite members club. Others include the University Club (est. 1865), Harmonie Club (est. 1852), Knickerbocker Club (est. 1871), Colony Club (women’s only, est. 1903), and Union Club (est. 1836), to name a quick handful whose members collectively, in all likelihood, run our entire lives.

The reason we’re not listing any of these clubs separately is that all of their membership dues are undisclosed.