In honor of Led Zep’s 50th anniversary, here’s everything you ever wanted to know about that infamous story involving a band groupie and a mud shark… 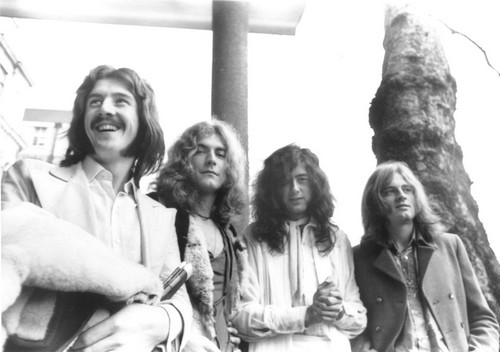 One of the weirdest rumors in rock and roll history has always been associated with Led Zeppelin-the legendary rockers whose first album, Led Zeppelin I, was released on January 12, 1969-that’s 50 years ago this month.

The rumor is weirder than the one about Ozzy and his fetish for eating the heads of flying things or even the supposedly true story of Keith Richards smoking his dead father’s ashes.

For those unfamiliar with truly effed-up rock & roll urban legends, here’s the shark story: During a debauched hotel room get-together with a particularly wild and willing groupie, band members used a mud shark to, uh, pleasure her.

Automatically, we have to assume that never happened, right? It’s just too weird. According to a biography of the band’s late, great, and apparently pretty crazy manager Peter Grant, it totally happened. 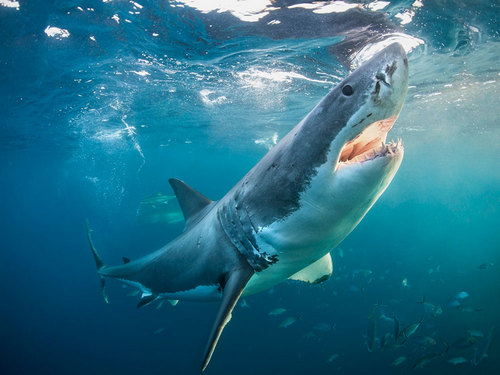 RealClearLife (RCL) interviewed Mark Blake, the author of Bring It On Home: Peter Grant, Led Zeppelin, and Beyond–The Story of Rock’s Greatest Manager, and Blake got down to brass tacks:

“It did happen,” Blake told RCL. “Richard Cole told me it happened and he was the guy that held the shark. He was there along with a couple of members of Vanilla Fudge.

«The groupie’s name was Jackie. I think they were just fooling around … the fish wasn’t inside her for that long. It was dead. Robert Plant also told me saw it. I don’t think Peter Grant did but obviously, everyone heard about it.”

Specifically, this is what happened, as recounted in seminal Zeppelin bio Hammer of the Gods: An attractive «young groupie with red hair was disrobed and tied to the bed,» and Zeppelin-collectively?-just «proceeded to stuff pieces of shark into her vagina and rectum.”

There it is. The most anti-erotic sex rumor about any rock band ever was based on fact.

Blake reveals much more in his biography of Grant, who was both a certified wild man and according to the author, one of the greatest band managers ever-protective and downright ruthless when it came to getting his band paid.

Another Grant story told of how bands would rent «dummy» or empty hotel rooms to fool obsessed fans and groupies looking for their own shark moment.

Blake tells RCL that while inspecting one of the dummy rooms, Grant «could hear a noise coming from the bedroom.»

He looked inside to see a naked woman chained to the bed. Grant asked her what she was doing there, Blake says, and she replied, «‘I don’t know, but guys keep coming in and f–king me.’ [Grant] said, ‘Ok, are you alright ?’and she said ‘Oh yeah, I’m fine.’ He told her to have a nice day and walked out…»

Dead mud shark parts in a groupie’s unmentionables, some random groupie chained up for a sex party-all in a day’s work for the manager of one of the biggest rock band of all time.