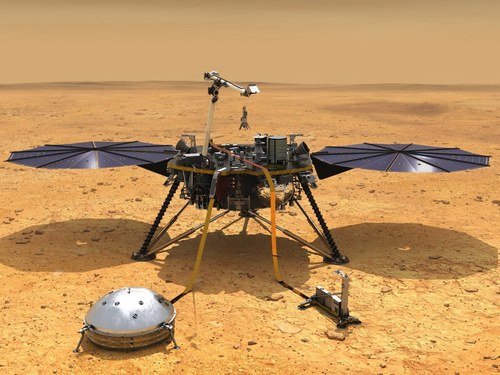 After launching last May and going through seven months of deep-space travel covering 300 million miles, NASA’s InSight lander is set to touch down on Mars today, November 26th, at around 3 p.m. EST.

This is big because 1) Space is cool, and 2) More than half of all missions to the Red Planet have failed to land safely throughout the years because the Martian surface is dangerous and unpredictable. It’s so far so good for the InSight lander, but anything can go wrong in the mission’s final moments. 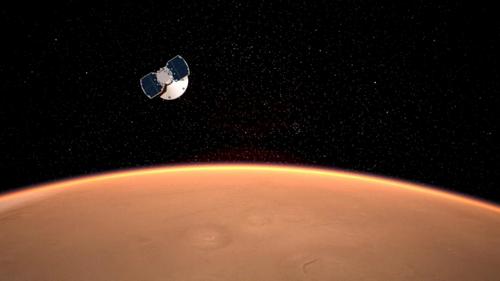 «I am completely excited and completely nervous, all at the same time,» InSight project manager Tom Hoffman said yesterday during a news conference at NASA’s Jet Propulsion Laboratory (JPL).

«Everything we’ve done to date makes us feel comfortable and confident we’re going to land on Mars. But everything has to go perfectly, and Mars could always throw us a curveball.» 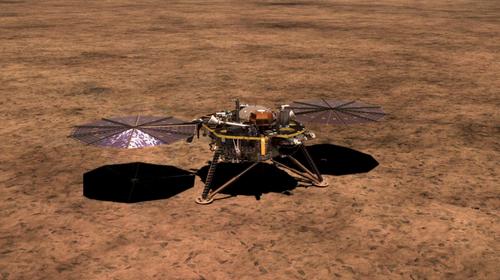 InSight-short for «Interior Exploration using Seismic Investigations, Geodesy, and Heat Transport»-will hurtle into the atmosphere of Mars traveling at 12,300 mph as it readies to land, and atmospheric drag will cause a 90 percent deceleration, slowing it to a leisurely 1,230 mph. It will slow even more as it deploys a supersonic parachute and braking thrusters. 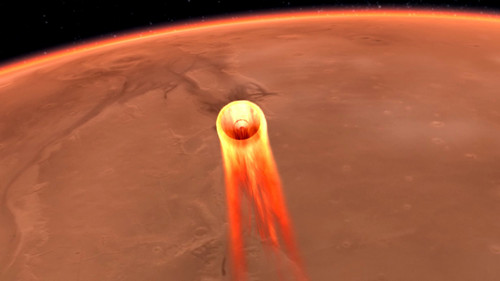 The InSight lander will generate a spectacular amount of heat as it enters Mars’s atmosphere at 12,300 mph.

Provided the Insight slows to 5 mph within a distance of 80 miles, and it’s traveling at the correct angle, the lander will touch down in an admittedly boring area of Mars called Elysium Planitia. NASA has compared it to «a stadium parking lot.»

InSight’s principal investigator Bruce Banerdt says: «If Elysium Planitia were a salad, it would consist of romaine lettuce and kale-no dressing. If it were an ice cream, it would be vanilla.»

The entire landing-from the second the lander enters the atmosphere to touch down-will happen in only 6 minutes and 45 seconds. A deceleration of that magnitude in such a short amount of time while keeping the lander intact and at the right angle is not an easy task. 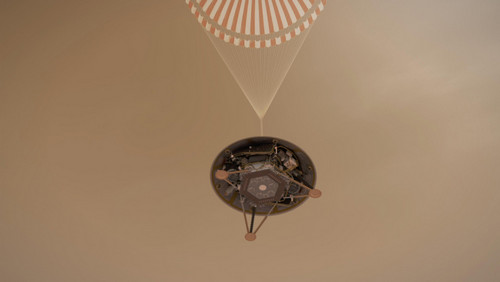 A simulated view of InSight descending with its parachute.

Since the whole world wants to watch the landing, NASA will start streaming the event at 2 p.m.-an hour before the landing-on NASA TV (with commentary), their website, and on social media channels. You can also watch the news conference after the landing at 5 p.m.

Below, watch live landing commentary and news briefings from scientists and engineers from 2 to 3:30 EST:

This video below will be an uninterrupted feed of cameras from inside JPL Mission Control with mission audio only from 2 to 3:30 EST.

There are also public viewing events, some featuring representatives from NASA (noted with an asterisk). Via Thrillist, here are some watch party locations:

Here’s a full list of viewing parties across the nation.

If you just can’t wait, NASA has provided an interactive visualization of the InSight touching down on Mars here.

This Custom Honda Valkyrie Is a Savage Luxury Thrill Ride