Are they really that terrifying? 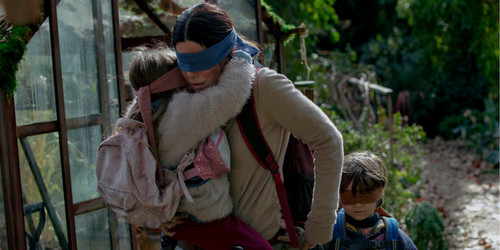 Netflix’s runaway horror hit Bird Box has been racking up huge ratings for the streaming giant, as well as producing plenty of memes and even a predictably lame Bird Box challenge.

And now we finally know what those invisible Sandra Bullock-tormenting monsters are supposed to look like.

Sculptor and special effects designer Andy Bergholtz, who worked on the film, shared several Instagram photos of the evil forces that forced so many hapless folks to violently commit suicide.

Of course, Bird Box may have owed its success to the fact that viewers never actually see them, so don’t expect these monsters to top the terrifying phantasms dreamed up in your imagination.

Check out the creations shared by Bergholtz below, which were cut from the final film.

“Keep in mind, the fatal ‘vision’ that each character saw would most likely be different for each person,” he writes in the caption.

“You’ll understand if you’ve seen the film. […] Considering her pregnant state and emotional arc thru the movie, the producers felt Sandra’s nightmare would have something to do with a twisted, demonic baby creature attacking her.”

2019 Oscars: All The Winners, The Best Moments and Hottest Looks