“Having had my own interesting experiences at the Skirvin Hotel, I connected with this idea immediately,” 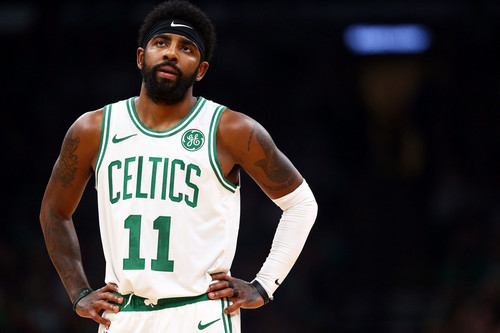 Variety reports that production company Imagine Entertainment has optioned a forthcoming Players’ Tribune article about the spooky experiences multiple NBA players claim to have had while staying at the Skirvin Hotel in Oklahoma City.

Irving, who once apologized for publicly stating the earth is flat, is apparently one of those players.

“Having had my own interesting experiences at the Skirvin Hotel, I connected with this idea immediately,” said Irving.

According to Variety, «The project is being developed as a horror film blending scares, satire, wit and social commentary inspired by the folklore of the Skirvin Hotel. The hauntings are believed to have started in the 1930s when the hotel’s owner had an affair with a chambermaid which led to her tragic demise.»

Imagine Entertainment chairman Brian Grazer and Bobby Cohen will produce the untitled film, while Irving will serve as an executive producer.

“To work with Brian Grazer is a dream come true, and I’m excited to bring this project to life with the Imagine Entertainment team,” Irving added.

The six-foot-three-inch point guard is averaging 23.7 points, 4.8 rebounds and 6.9 assists this season. Irving made his silver screen debut in the 2018 sports comedy Uncle Drew and has guest starred on Family Guy.

MIT Scientist: It’s More Likely Than Not We’re Living In a Computer Simulation

“Threatened with dismissal”: the chef got into an accident in his Mercedes and lost insurance