Would you step into the ring with this beast? 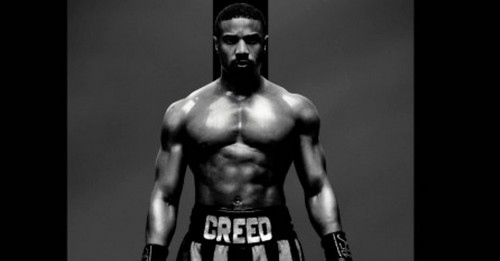 Michael B. Jordan is a muscular monster in a brand new poster for Creed II.

The jacked actor, who will reprise his role as Apollo Creed’s son in the forthcoming Rocky installment, kneels a boxing ring and screams to the heavens in the stunning new image.

It was posted by the movie’s official Twitter account with a powerful statement: «Fight for your destiny one round at a time.»

The poster comes ahead of Wednesday’s hotly-anticipated release of a new trailer for the Creed sequel. The preview will hopefully show more brawling between Adonis Johnson and Vitor Drago (Florian Munteanu), the son of Russian power puncher Ivan Drago (Dolph Lundgren). We may even be treated to an appearance from Cuff and Link.

Watch the first trailer below: